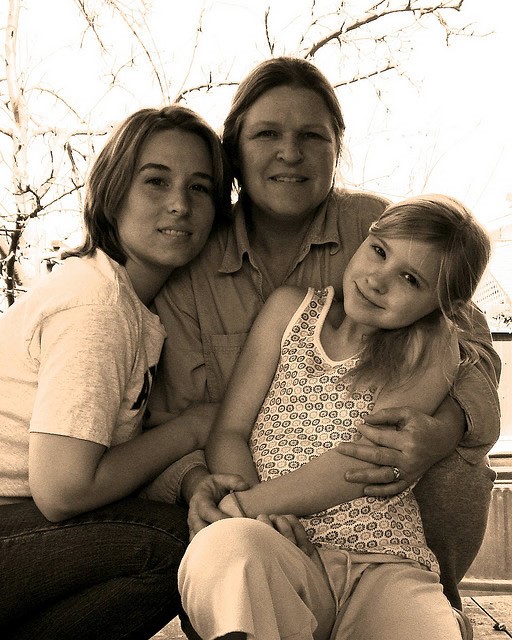 I look back and wonder if mental illness is somehow contagious? I know the answer is no way, but you have to wonder sometimes especially when it hits your mother, your sister and yourself.

My mother had to go on anti depressants late in life, also pills for panic attacks. It wasn’t until she retired did she show signs. She had worked all her life, and retirement meant being at home alone, she wanted to try if for a year before my Dad retired. I don’t think she was comfortable being by herself all day. She slowly started to worry about everything, she slowly started to lose interest in her hobbies of knitting and sewing, she slowly lost interest in doing a lot of things that were her normal everyday existence.

I was at home visiting when Mom had her first big panic attack, scared everyone, you almost think they are having a heart attack. Off to emergency we went; I drove, Dad helped Mom calm down. That was the beginning of months of Dr. appointments and trying different prescriptions.

Once she was on a couple of types of different pills, she sort of got back to a normal life.

Things went along okay for a few years, but then my Dad was diagnosed with cancer and Mom pretty well lapsed into a depression state that she really didn’t come out of. Dad passed away and Mom had to go into an assisted living home, where she started to show early signs of Alzheimer’s, and eventually she passed away, two years after my Dad, and we think it was from a lonesome heart.

That was my Mom’s experience; I have a younger sister that had a hormonal imbalance after she gave birth. Doctors gave her different medication and it was a few months before she could actually function and look after herself and her new son. Things were fine until something would trigger another imbalance and she would be so “flipped out”, my words not the Dr.’s, and again she would take a couple of pills and calm down and be okay.

This all went on for several years, until she was diagnosed with MS and that just put her into a real depression. She is on anti depressants, anti anxiety and several other medications for her disease and in an extended care facility. She is coping.

So with my Mother and my sister and myself all with different mental illnesses, you kind of wonder, is it hereditary? I really don’t think so, but coincidental.