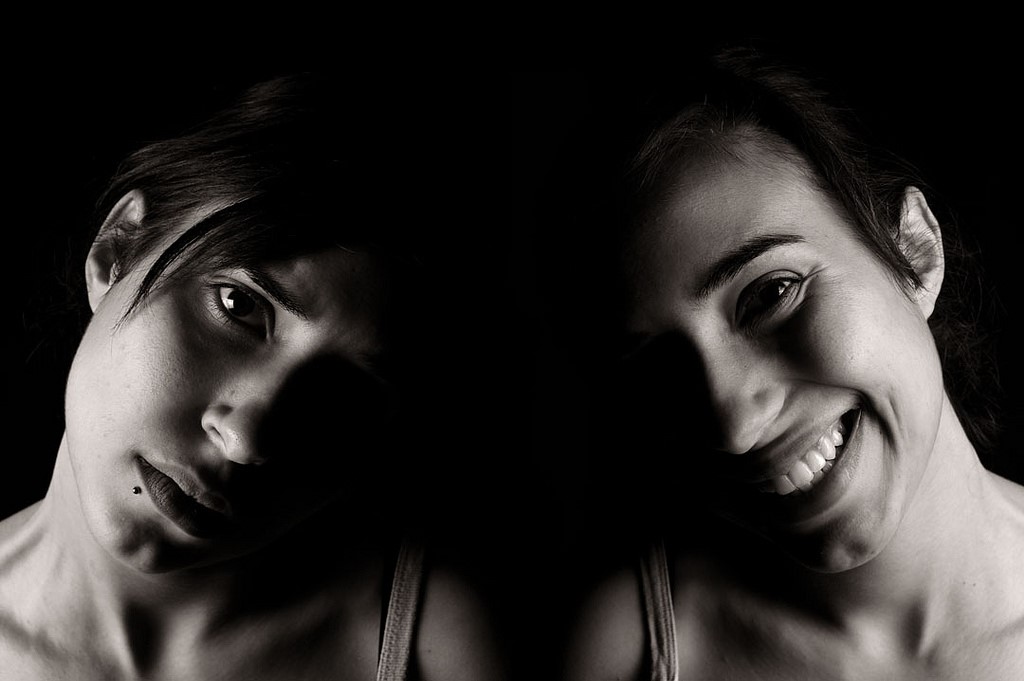 It was February 2009 when I received the diagnosis that I was suffering from a condition called Bipolar Affective Disorder. For five or six years before this I was being treated for severe depression and anxiety. I knew very little about Bipolar Disorder and the diagnosis came as both a shock and a relief; now there was a name for how I felt and the experiences that I’d had, but I also felt as though I had been given a label that I was going to have for life. So how did the diagnosis come about after all of those years being treated for depression?

Well, one day in early 2009 I was at an appointment with a temporary neuropsychologist who was working with our mental health team. I had seen her on a few occasions before where I talked about being in a very low place with self harm and suicidal thoughts being very prominent in my mind. On this particular day she said I seemed very agitated and kept looking at the clock, I couldn’t sit still and was very aware of my legs shaking and the continuous criss-crossing of them I was doing. She asked what was on my mind and I kept saying that I had to go, I had things to do; I began reeling off a list of things in my head that I had to achieve that day. In amongst my ramblings to her she said to me that I was talking as though I was on some kind of amphetamine and to slow down, but I couldn’t and instead said I had to get back to my baby. Then I became very confused and angry when she gently reminded me that my baby had died two years previously.

I got upset at this and told her I kept hearing him crying and that she was wrong and then somewhere else in my ramblings I got very hyper and extremely happy again because there he was in the room. I was right! She was wrong. He was there in the room, floating around in a little angel costume and I kept saying to her “surely you can see him? look! he is right there!” – she couldn’t see him though. As our appointment was coming to an end she said that she would like me to see the psychiatrist again and tell him about my experiences. I was apprehensive but agreed so that I could leave that building with my baby.

For days afterwards I did not answer the door to anyone. I sat cradling this imaginary baby in my arms and refused to see any of my friends because I couldn’t trust anyone to take him away from me. I then realized that I had no baby items in my house so I maxed out my credit card in one day buying a pushchair, a cot bed, bouncy chair, sterilizing equipment and clothes. By the time the items had arrived I had completely forgotten about my imaginary baby and the crying I had been hearing had suddenly stopped. I then became convinced that I was going to become very rich through gambling. I opened up a new credit card account and again maxed it within days playing online casino games and buying scratch cards. By this point I had spent £2000 (about $3300) in about ten days. There were no thoughts about the consequences of spending so much money so I carried on spending. In my head I was very slim and pretty and behaving a little promiscuously so I then spent around £500 ($800) on clothes which were all far too small for me. I was phoning everyone I could think of and flipped very quickly from wanting to be on my own to wanting everyone to come out and get drunk with me. Hell I was even offering to pay for all the drinks! What did money matter?!

Around this time my appointment came through to see the psychiatrist. I was still quite hyper but I was also exhausted. Throughout the previous few weeks I had barely slept or eaten as I had so many other things to do. The psychiatrist asked me to explain to him what had been going on for me lately and whilst I couldn’t see any problem with how I had been behaving, he seemed quite concerned. I told him about the lack of sleep, the huge amount of things I had to do in each day that never got done because as soon as I started one thing something more important would come into my mind. I told him that in the space of two or three weeks I had managed to spend £2800 (about $4600) and when he asked what I had spent it all on I almost felt myself starting to crumble. The high had been wearing off for a few days but still I couldn’t quite admit that I had nothing to show for it. I kept trying to feel that buzz again as I rambled on at a super-fast pace about how I couldn’t understand why none of my friends wanted to come out with me every night, the amount of hours I’d been spending on the phone, the people I had phoned in the middle of the night just because I was awake and needed someone to listen to all the shit coming out of my mouth. I remember him trying to explain to me that sleep was really important but I literally could not have slept even if I had made it my only goal of the day. I was wide awake and felt as though I was on drugs, there was nothing I couldn’t do, I felt invincible and not a single action I did would have any consequences.

We then talked about my past and I could recollect another occasion where for several weeks I had acted quite similarly. I told him how I had decided I needed a car and despite finding one for £1200 I pushed and pushed the loan company to give me £5000 ($8200) then blew the rest partying 24/7. There were no thoughts in my head that the money I had after buying the car should be used for paying off debts for example, I was suddenly so alive and wanted to go everywhere and blow every penny having non stop fun. Again this pattern was building of a time where I was extremely irresponsible financially, where I had no need to sleep, where I was behaving promiscuously and felt this constant high.

You can find out more about MyCrazyBipolarLife on her blog.