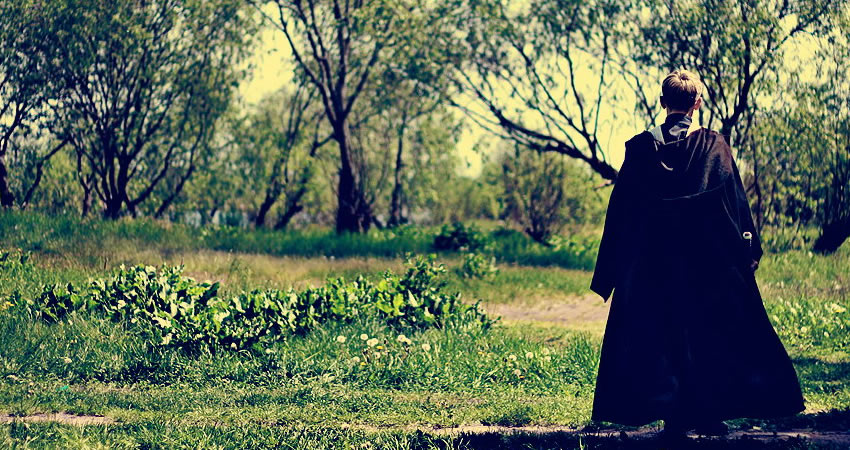 It was 1986. Fresh out of university, I was embarking on my chosen career as a high school teacher.  Hard work, long hours, high stress. I would bring work home and work nights and weekends to keep up. It was exciting. But I hated it.

Soon, I started to get sick, catching every bug that was going around.  Even after I recovered from each one, I felt drained.  I had already had mono, and it felt a bit like that, only worse. I was irritable, my nerves were shot, and I would get tired to the point of tears.

So I went to a walk-in clinic and described the problem, looking for a quick fix.  The doctor asked me a lot of questions, and I don’t remember them all, but I vividly remember one of my answers: “No!” It burst out of me like a cannon ball through a dam, followed by a flood of tears. NO was the answer to a specific question, but it was also a general NO to just about everything. No, I don’t like my job; no, I don’t have any support from the administration; no, there is nobody to talk to; no, there is no way out. No. No. NO! Through my tears, that’s the only word I could articulate: No!

It took several minutes to compose myself.  The doctor was good – very compassionate. I told him I had been hoping he wouldn’t see one of those sobbing episodes. I remember the shame. But he said he was glad he saw it, that it confirmed what he suspected. He told me I was depressed. I thought, no kidding, Dr. Sherlock, what was your first clue?  Then he explained that what I was experiencing was what he called a reactive depression.  Like most people, I did not know a lot about depression, but it did seem to explain a lot. And I’ve been learning about it ever since, as it continues to drop in and out of my life.

Over the years, I have probably learned more about myself than I have about depression. This includes learning how it preys on some of my weaknesses, and how I can defend myself. If there is an upside to having had so many major depressive episodes, I would have to say it is the wisdom of experience. It has enabled me to created an arsenal of what I have come to call my Jedi Mind Tricks against the Dark Side. These tend to work for me better than the advice I often get to simply “cheer up.” I would like to share those tricks here.

Trick #1: Go with my head, not my gut. The easiest decisions are when my thoughts and feelings are in accord. But so often, especially when depressed, what I feel contradicts what I know. For example, I know that when a friend has accepted my apology, my feelings of guilt should diminish. And yet with depression, the guilt not only does not go away, it swells. My natural tendency when resolving these conflicts used to be to go with the side that seems strongest. But my depressed mind blows the negative feelings out of proportion, causing me to ignore logic. Thankfully, experience and therapy have taught me to recognize this contradiction and invoke Trick #1.  When I know I am depressed, and something feels horrible for no apparent reason, I remind myself that there might be some truth to the feeling, but its magnitude is almost certainly being blown way out of proportion. I can acknowledge the feeling, but give it as little attention as possible. For example, when I feel so terribly alone, I rely on my knowledge that I have a wonderful support network made up of my wife, my doctor,  family, friends and colleagues. Or when I feel that I will never get better, I rely on my knowledge that I always have recovered before, and I likely will again. Or when I feel worthless, I recall the completely objective and undeniable fact that occasionally, when I am at my best, I can be totally awesome. This trick doesn’t make the feelings go away, but it sure reduces their power to cripple me.

Trick #2: Recognize the voices of depression, and refuse their invitation. Depression has an odd comfort of familiarity to it. It is the tendency to wrap myself in a blanket of misery just out of habit. Songwriter Steve Earle calls it  “My Old Friend The Blues”. Trick #2 has taught me to recognize this as an invitation to wallow, and to gently but firmly decline the invitation. My invitation can come from many distinct voices: The Judge, The Critic, The Voice Of Doom. My key is to recognize the voice and pause before accepting the invitation. When I can do that, I can say, “Oh, yes, I know you. I hear you, but I am not playing that game today.”

Trick #3: Think of depression as an illness, not a weakness. Objectively, this trick sounds easy. Unfortunately, the depressed mind is anything but objective, and it seems to want me to feel weak. And that is a feeling that seems to multiply upon itself and pull me into a downward spiral of despair and self-loathing.  Again, I rely on years of experience of having this feeling with each bout of depression, and then seeing it recede each time I recover. Now I can recognize it for what it is: the symptom of an illness. Somehow for me, this distinction helps me put a bottom limit on how bad I feel.

Trick #4: I don’t “battle” depression. So often, I hear or read the description “battling depression” about someone with this illness, sometimes even by the people themselves. And although I speak of  these tricks as “defending” myself, it is more in a sense of self-defence than outright combat. In my own experience, when I choose to treat the conflict as a battle, it just tires me out, which is a guaranteed way to lose any battle.  Instead, I now try not to resist it – I try to accept it and only then can I move beyond it. Attempts to resist it or battle it, at least in my case, are all forms of denial, which prevent me from getting to the root of the problem and then dealing with it.

Trick #5: I am exactly where I am meant to be.  This is a line from St Teresa’s prayer, which has become an important inspiration for me. I tend to analyse everything and determine what I “should” have done or “should” do next. My depressed mind uses these “shoulds” as an opportunity to beat myself up. But this prayer offers a different possibility: that maybe my down times are just a necessary part of my journey, a crucible experience that will make sense later. There is no should or shouldn’t, there just is. It also presents the power of believing that there are infinite possibilities, even tough I cannot see what they are yet. Again, I can trust past experience that one way or another, I always do come out of it, even though at the time, I cannot possibly see how.

Well, that’s my story, at least up to this moment. I am sure a lot of it sounds familiar to many of you. Perhaps you have developed similar tricks of your own, or variations that work for you. I would love to hear them. 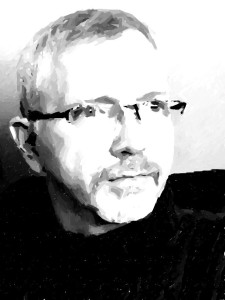 Mark Templin is a former high school teacher who now works for a large, nebulous department of the Canadian government. He is currently on medical leave as he deploys his mind tricks against the dark forces of depression.