Have you ever felt hopeless?  Alone?  Wandering aimlessly through life for days, weeks, months and sometimes years?

Cathleen Spacil has.  Watch the video to hear her experiences with mental illness and brain injury to the point of being suicidal, and how she found joy and you can too. 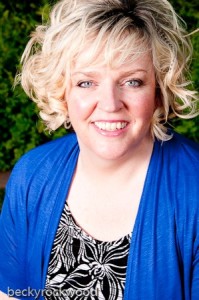 Cathleen is a survivor of mental illness, having been diagnosed with dementia, post-traumatic stress disorder (PTSD), panic disorder with agoraphobia, schizoaffective disorder, bipolar disorder and borderline personality disorder. Cathleen also suffered a traumatic brain injury (TBI) from electro-convulsive therapy (ECT). As a result, she has become an advocate for the mentally ill and those living with brain injury.

Eight years ago, Cathleen’s daughter, Savannah, was diagnosed with a brain tumor. The tumor and its treatment destroyed a significant part of Savannah’s hypothalamus, the area of the brain that controls hunger and appetite. As a result, Savannah’s body perceives it’s in “starvation mode” all the time. Though many doctors predicted that Savannah would not survive, she has overcome the odds and is still living, despite the many challenges and obstacles she continues to face.

Editor’s Note:  This is our first video interview on Mental Health Talk and I am so excited to share it with you.  Please take the time to give me your feedback in the comments below!

I also wanted to say a HUGE thank you to my husband Alain for his advanced technical wizardry.  He took my vision for the MHT intro and made it come true!  And then he spent hours putting together this video so it was just right.  He does do this stuff for a living if you’re interested.

Leave a Reply to Cathleen Spacil ×