What did you want to be when you were a child?

I wanted to be an astronaut. I was inspired by Neil Armstrong, and Helen Sharman, and, to a smaller extent, Laika the dog. Though, if I am honest with myself, I probably identify more with the latter.

That was the dream. But there was one problem: I have anxiety. I am a worrier. Not just an “I like to worry a bit” type, but a full-blown clinical worrier. And the idea of sitting on top of 143,000 gallons of fuel before being blasted 100 miles directly upwards is a lot to take. Especially when the idea of stepping onto a plane, or train, fills you with dread.

And it does fill you. It’s not a thought or something that goes on inside your head. It fills your chest like a pair of freezing cold hands squeezing your lungs. You struggle to breathe, cannot stop shaking and your bowels, well, the less said the better.

It sucks. It sucks when you have to plan your entire life around avoiding your triggers. It sucks spending the whole time you should be enjoying yourself hoping that a certain situation doesn’t come up. It sucks being so on-edge all the time that you are exhausted by the end of every day.

But there are reasons to be positive as well. And while those of us with anxiety know the downsides all to well, I think we often forget about the positives.

Reasons to be cheerful

I’m told that society has big biases against mental health. There is a stigma. There is prejudice. And it’s true, in some quarters there is.

But it’s not as universal as people think. When I told my friends, they understood. They talked about their own mental health issues. When I told work, they were brilliant. They couldn’t do more to help me.

I don’t say these things to brag. I say them because these scenarios are far more common than people realise. We hear so much about the bad experiences that we miss the fact that so many people have good ones.

It would be easy to look at how people talk about mental health and think that anyone you tell will react badly. I worry that this leads people to hide their problems, for fear of what will happen if they are open about them, and this makes things worse.

Research backs up my personal experience. Every year the attitude towards mental health gets more positive. A 2014 report by Time to Change found that 89% said they were comfortable with a friend having a mental illness.

Ten years ago, I thought I would never be able to get on a plane. The idea filled me with an insurmountable amount of dread. And then there was the airport, and the security, and the travel to the airport. And then being in a foreign country.

What if I became ill? What if someone planted drugs on me? What if I was mistaken for a terrorist? I would spend the rest of my life, probably shorten due to the terminal illness I would almost certainly catch, rotting in a foreign prison that the government insisted was “legally part of Saudi Arabia, and therefore not subject to the UN Convention on Human Rights”.

But that was before the timeless story of “boy meets girl, girl needs to go back to her home country, boy needs to get on a plane to accompany her.” It would be a classic Disney movie if there weren’t so many prescription sedatives involved.

There is a TV sitcom sketch in which comedians mock the idea of “Yorkshire Airlines” who only fly Leeds to Leeds because people from Yorkshire wouldn’t want to go anywhere else.

Well, I’ve taken that flight. I booked myself on the Flying Without Fear course, which is specifically designed for people with anxiety. You know how they always say that no matter how anxious you feel, there is always someone more anxious than you? I was that person; the one who was there to make everyone else feel better.

As we stepped out onto the tarmac, my feet got heavier and heavier. Then they stopped altogether. My mouth was dry. My chest felt like it was about to explode and my palms were a river.

But somehow I did it. And I did it again. And again.

I still hate them. And I still have all the same thoughts I used to do. But I did it. And that gives me hope that one day I’ll be floating 100 miles above the surface of the Earth, too.

Helping others helps ourselves

Around the same time I was doing this, I went looking for a support group in my hometown. I wanted somewhere I could go to talk about whether you could contract anthrax from gardening, or feel so awkward and embarrassed at a party that your face would literally explode, and have everyone else in the room understand what I was going through.

But there wasn’t one. So I set one up.

If I could name a second heart-stopped moment in my life, it was probably going on local radio to tell people all about the group. “Hello, my name is Chris, and I’m crazy, and if you’re crazy too, you should come to my group.”

That was terrifying. But people heard it, and they came. Now we meet every two weeks at a local hospital, and the room is full; we struggle to fit new people in because of the demand.

I set the group up because I wanted to provide a space for people who felt alone and needed a support network. But an odd thing happened. I found that helping others, helped me as well.

For example, there is only so many times you can tell people that exercise reduces anxiety before you genuinely believe it yourself.

And we should believe it, because it’s true. Studies show that it improves mood stability, increases your ability to handle stress and releases endorphins (who doesn’t love endorphins!)

But knowing that it helps with anxiety and actually putting it into practice are two different things. When I feel like the entire world is out to get me, the last thing I want to do is go out and exercise.

But the more I explained the facts to other people, the easier I found it to motivate myself to follow through on positive lifestyle changes such as exercise.

Constantly reinforcing my knowledge drilled it into me.

Now, I always recommend people get involved in a support group because it provides so many benefits. Whether it is sharing ideas or just accessing that feeling you are not alone.

Anxiety has defined the course of my life in more ways than I can count. And it sucks. And if I could choose to reduce it, I would.

But that’s not how life works. And there are reasons to be positive. This is the best time in human history to have a mental health problem.

Anxiety sucks. But I comfort myself that it sucks a little less each day. 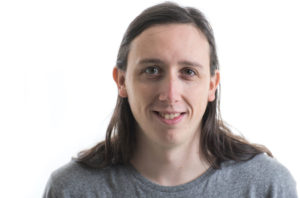 Chris Worfolk is the author of “Technical Anxiety: The Complete Guide To What Is Anxiety And What To Do About It” and blogs about mental health on his website Worfolk Anxiety (https://www.worfolkanxiety.com/).