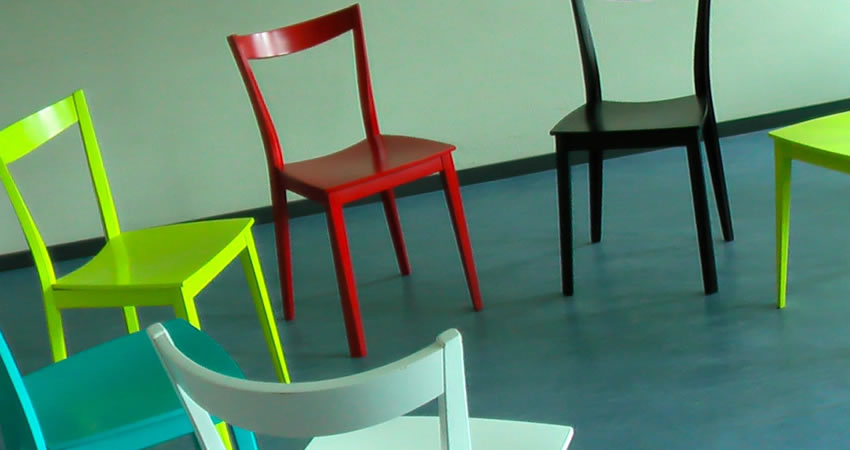 No one every wakes up one morning and makes a decision to have a personality disorder. I certainly didn’t. For almost everyone diagnosed with Borderline Personality Disorder (BPD), it just doesn’t work that way. These are some of the things I try to remember when I am struggling with my diagnosis and having a difficult time.

It’s not my fault

BPD is no one’s fault. It was certainly never my fault. I don’t blame anyone for my BPD; not my parents or my biological mother. I didn’t cause it even though I have lived with its negative consequences my entire life.

It is interesting to me to know that there is some scientific research that points to issues with brain chemistry in a key part of the brain called the amygdala, which is a very primitive part of the brain. This is where the fight or flight responses live. When I perceive a threat of any kind, this response is triggered. It is a chemical reaction in the brain and a person can no more stop it than they will the colour of their eyes to change. It causes me to either want to run away from danger or fight to save myself. The fight or flight reaction is a holdover from when we lived in caves and literally had to go out and hunt for food and defend ourselves against predators. Though people no longer have to do those kinds of things, this response still lingers. As awful as it can be to experience it, the fight or flight response also helps keep me safe. Call it that little piece of “gut instinct” that tells me when something isn’t quite right. So, I don’t want to get rid of it entirely. What I try to do is practice how to manage it in cases where the threat is only perceived rather than real.

What exactly is “learned behaviour”?

Humans have very large brains which is part of what helped us evolve and not become extinct. This means that we have tremendous capacity to learn new things similar to the way puppies learn from their mother and their pack. We all learned from our parents and siblings and peers (our pack). Later, we learned from our teachers and fellow students. But not everything I learned was good for me. Because I had two parents who had difficulty expressing feelings: anger, sadness or happiness, I modelled their behaviour of expressing my emotions. If a child sees their parent lash out when he or she gets angry, then that is the way the child learns anger should be handled. This is not a conscious choice but something that is internalized from a very young age. Luckily, these kinds of things can be unlearned.

I am not a monster

How many times has someone told me that that I’m a monster? While I may feel like a monster after I’ve had a bad meltdown, I know that I am NOT a monster. I also know that I am NOT my symptoms. People are extremely complex and there is much more to me than those outward displays of painful emotions. I have meltdowns because I don’t have the proper skills to handle stressful situations. Dialectical behavior therapy (DBT) teaches something called Distress Tolerance. Learning Distress Tolerance was one of the most valuable DBT skills I learned — the one which has helped me the most.

The previous link will take you to a site that gives you an overview of what Distress Tolerance is and how to utilize the skills. But I like to tell people that DBT really isn’t a “self-help” kind of program. DBT is almost always taught in a group setting because people benefit from groups through shared experiences and discussion about trial and error. DBT teaches us to think about BIG emotions as being like a wave. They come in and they are HUGE and terrifying. But once we learn that they will eventually crest and then fall and then level out, we can allow ourselves the space to let that happen instead of just reacting from a knee jerk position of fear. One of the biggest things DBT taught me was how to use a buffer zone; some distance between my big feelings my reactions.

Distress Tolerance is a very important component of DBT. The best part about it is that once I learned the skills and started integrating them into my life, I saw differences fairly quickly. They became a self-perpetuating cycle of empowerment and helped me break the cycle of self-perpetuating failure after a meltdown.

I am not a manipulative shrew

I have been raked out hundreds of times and called manipulative by people in every facet of my life. Yes, I agree that sometimes I was manipulative but I wasn’t born that way. Again, it was learned behaviour. Not necessarily from my family of origin but I resorted to manipulative behaviour when everything else I had tried to do had failed. When I succeeded with manipulation, THAT was the payoff and THAT is how I learned that the behaviour worked. But, manipulation is highly passive-aggressive and it only got me what I wanted for so long. Eventually, people withdrew from me because they didn’t want to be used or abused or taken for granted.

How did I change that? By learning assertiveness skills. Assertiveness is part of DBT. But, like the other parts of DBT, it takes practice. It is not a passive skill. It is not just enough to learn the “theory” of assertiveness, you also have to practice in order to hone it so it works for you when you are stressed. Yes, another way to put a buffer between myself and my BIG emotions.

Learning assertiveness gave me a voice so that I could ask for what I needed and/or wanted. Did I always succeed with my assertive requests? No, because we don’t always get what we think we need or what we desire. Or even what we are convinced we deserve. But it helped me learn to communicate my needs in a positive way which dramatically increased the odds of them being heard and acted upon by the other person. Assertiveness helped me no longer feel like I was invisible. I believe that assertiveness should be taught in all middle schools. It is one of my best DBT skills and I pull it out of my emotional toolbox at least once a week.

In control of my life

These things can be really hard to remember when I am feeling down and spending a lot of time invalidating myself. But when I am feeling like that, I make a special effort to think about them. BPD is hard enough without dwelling on all these kinds of negative thoughts about myself. I have learned to love myself and give myself some slack.

Above all, I have learned how to put some space between myself and my big emotions so that my negative reactions don’t derail me from my goal of creating the kind of life I want. In other words, I am no longer holding myself hostage to my emotions.

Learning just a few of these DBT skills can put you back into control of your life. Learning DBT changed my life. It took me from being a victim and feeling helpless to being a champion and becoming an advocate for myself.