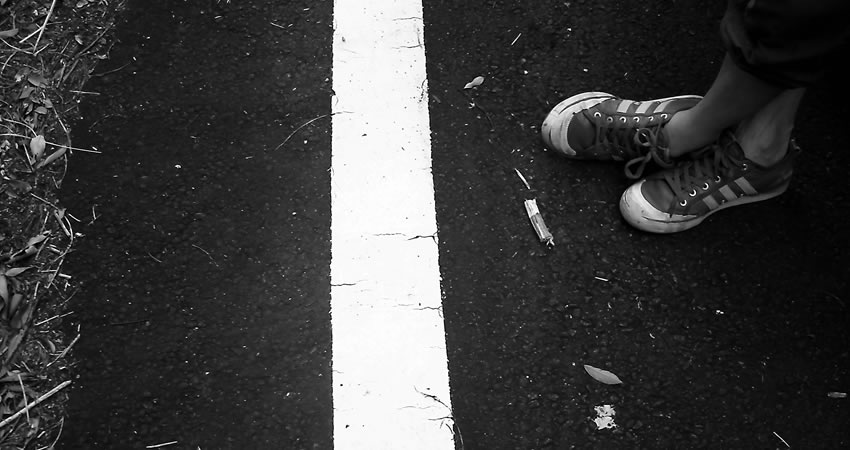 I was diagnosed with Borderline Personality Disorder (BPD) in 1984. It was a time when dinosaurs roamed the earth, my life was in chaos and the disorder was not well understood. This illness had only first been recognized in 1975 when John Gunderson first began to research it and wrote about helping to diagnose it. It was not introduced into the Diagnostic and Statistical Manual of Mental Disorders, Third Edition until 1980, shortly before I received my diagnosis.

My history with BPD began much earlier, however, in 1974 when I made my first suicide attempt. I took an overdose and ended up in the hospital where I stayed as an inpatient for two weeks. Upon discharge I was referred to a psychiatrist but, as you can imagine, I was not interested in that and treatment went nowhere. Fast forward to 1979 when I married my husband who made it very clear that he wanted children and he wanted a lot of them, and I would be expected to provide them for him. I was thus cast in a starring role as Extremely Reluctant Mother of Four Children.

Life was hard then

There was never enough money; my husband was a professor at a local university and clawing his way up in the world of academia. The day he was promoted to Full Professor was indeed a day for celebration. Imagine our surprise and happiness when he was finally awarded tenure!

But things at home were unraveling for me. Because he had never been able to sever his emotional ties with his first wife and as I was the chief bottle washer, child nurturer, laundress and cook, I began to feel more and more like his concubine and less and less like his wife. My BPD symptoms began to fully engage and I began to become more and more depressed until it was a chronic state of mind.

Eventually, when my youngest was just about two years old, I took a massive overdose again, this time of my tricyclic antidepressants which led to another psychiatric admission. While there, my clergy came to visit and I asked him, “Why is this happening to me? Why is God punishing me like this?”. I simply had no insight and did not understand. His reply? “You may not know the answer to this question for years if ever. But there is a reason. I wish I could answer you but I can’t.” Oh, my goodness.

After another few years and another 10-12 drug overdoses, I finally ran away from home and drove the family car more than 500 miles to a large national park where I intended to find a secluded spot and gas myself with carbon monoxide. This plan was foiled for a variety of reasons and, after I was returned back to my hometown by air ambulance, at the behest of a good friend, I finally decided to go to a large and famous psychiatric hospital in the United States for treatment. I entered on a volunteer basis and stayed as an inpatient for a year, working with a dedicated psychiatrist who literally saved my life.

When it came time for my discharge and he attempted to find a psychiatrist back in my home town, he met with a tremendous amount of resistance from the psychiatric community there. During the years leading up to my admission to the hospital, I had basically blown through almost every psychiatrist and was considered to be radioactive. He eventually found a doctor and transferred me to his care. I returned home.

I saw this psychiatrist for almost the entire duration of his professional career — more than 30 years. We talked about everything; from my sex life with my husband to my unhappiness in the marriage and desire to leave it, from my unhappiness about my role as a mother, to my tumultuous relationships with friends who I could not keep despite my best efforts. I wandered through my life despairing over the fact that despite the very expensive and intense treatment I had been lucky to receive, I was still no better. I lived a life of not such quiet desperation. My nights were full of restless sleep, my days full of anxiety and anguish. Over the course of this treatment we must have done more than 40 different medication trials, none of which helped.

My husband died of lung cancer in 2001 and despite the fact that I had spent 28 years feeling trapped by my life, I grieved. Not for him, but for the life we had tried to build and for my feelings of having thrown my life away entirely. The thought of ever having a real BPD recovery disappeared entirely.

Why are you always so unhappy?

Then one day after sending an email to a friend in which I expressed my profound unhappiness with my life, she wrote back saying, “You know, I just don’t understand you. You have enough money to do almost anything you want, you could take a course, buy a car, travel around the world. You have four beautiful children who adore you. You are so pretty and have a beautiful voice and yet you are always so miserable. What is wrong with you?” My reaction? “Really? Who the hell do you think YOU are!” But I knew deep down inside that she was speaking to my BPD.

That night I went to bed and I lay there ruminating over what she had said. I remembered being discharged from the hospital after six months following my last terrible drug overdose as a non-smoker. When I got home, I had to make a decision about whether or not I was going to go down to the corner store and buy a pack of smokes and I decided not to. I remembered how I had had to make that decision every single day when I woke up for the next three years as I fought off my nicotine cravings. But I stuck to my guns because I did not want to ever have to go through withdrawal from nicotine after having tried to quit multiple times unsuccessfully. I decided that, in the same way I had chosen to remain a non-smoker, that I could also choose to be practice happiness. So from that day forward I would post a daily gratitude on my Facebook page when I logged onto my computer. I started off very simply:

The effects of doing this were very subtle at first but gradually I noticed a change in myself. I saw that I was feeling happier and more settled in my life. I adopted a little dog and we started to walk. I decided that I wanted to try to lose some weight so I began to try to change my eating habits and over a period of two years, my little dog and I started to walk between 6 and 8 miles each day and I shed more than 50 pounds. Today I am grateful that I have been able to maintain my weight loss and now I feel as if my BPD recovery is complete.

My secret to happiness

During this process, I discovered my own personal secret to happiness and that is the daily practice of gratitude. It has changed how I see the world which, in turn, has changed the way in which I interact with the world. I have been able to put my BPD into complete remission by doing this. That is not to say that there are not other pieces of this pie. Of course there are. My other key practices include: forgiveness, accountability, self-love and building self-esteem, patience…. to name just a few. They all go hand in hand with each other and they all build one on top of the other. I am on a mission to share my ideas and program with the world. I believe that BPD recovery in indeed possible. The first step is learning how to change the way you think.