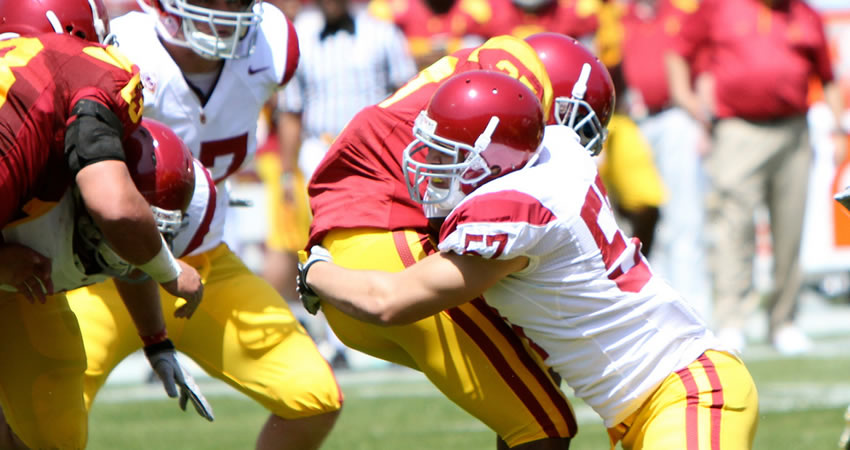 My Borderline Personality Disorder (BPD) always made the world feel like a very scary place. It was hard for me to distinguish between whether or not people were really interested in me or simply taking advantage of me. I felt like I was exploited a lot of the time so I lived in a constant state of fight or flight. I was always so angry and would storm out of the room at the drop of a hat. Always abruptly ending relationships. I had a long history of broken relationships and destroyed friendships in my past. I was constantly living in what I came to call “The Best Defense is a Good Offense” mode. What exactly is this?

This was my way of avoiding confrontation or feelings of abandonment. It essentially amounted to “get them before they get you” mentality.  It felt good and self-protective to do that at the time, it certainly never got me what I wanted in the long run because I was always aborting relationships before they could become important to me.  Why did I engage in this kind of behaviour when it is, essentially, maladaptive and self-defeating?

For me, this behaviour pattern was formed very early, certainly in my pre-teen years as a response to negative stimuli which was being bullied in school and invalidated in my family environment. It was a defense mechanism I employed to protect myself from being vulnerable.

You can liken it to the kid in the schoolyard who says to the other kids, “Put up your dukes!” Or “Do you want to fight me!?” But this is a way of displaying passive-aggressive behaviour in a way that doesn’t usually get any actively hostile response from other people. Most people who are on the receiving end of this type of behaviour are usually just bewildered because they don’t know what they did to engender this kind of response.

I used this type of behaviour in order to avoid being hurt. It says, “I will leave you before you leave me so you can’t hurt me or abandon me or reject me.” For many people with BPD, it is one of the best and most effective ways of avoiding pain in the short term but is one of the most profound ways of incurring personal pain in the long term because the person demonstrating this behaviour usually pushes away the people who matter to them the most, thus creating a self-perpetuating circle of being alone and abandoned in the end.

So what do you do if you want to put a stop to this kind of behaviour? There is no easy answer to this question. The real answer lies in being able to take a risk and allowing yourself to be vulnerable to the other person, allowing yourself to take a chance that they will hurt you. It means when you are angry and wanting to exit the room or run away from the situation which is causing so much anxiety that you stay and talk about it instead. This is usually very difficult to do because it means that you first have to be aware of what is happening that is causing the feelings to emerge in you and secondly it means that you have to be able to allow yourself to to open up and talk about the feelings. That, in and of itself, is an enormous risk especially when you are already feeling emotionally exposed. But this is the only way to break this chain of negative behaviour. Will it always work? Here the question is: “always”. The answer there is, no. It won’t always work. But if it works even 50% of the time, don’t you think you will be way ahead?

Because of my BPD one of my biggest challenges of growing into adulthood was learning how to handle and accept disappointment. Learning how to handle disappointment is particularly difficult for people with BPD because they internalize it as a negative feeling most of the time; they see it as something they themselves caused and for which they alone are responsible It only stands to reason then that they will want to  avoid feeling it because they think that it means they are a failure. So, they will resort to The Best Defense Is A Good Offense behaviour as a way to distance themselves from those feelings of disappointment.

When I was finally able to learn and accept that disappointment is a fact of life but it is not a reflection on me, I was able to start to develop the tools I needed to deal with it.

I started that process by asking myself what part I played in the event which disappointed me so much. What had I contributed to it? Was I an active member of the equation? If, from an objective point of view, the answer to that question was a solid “No,” then I would start to process what had happened to try to figure out WHY I was so profoundly disappointed. Usually the answer to that question had to do with my personal expectations of the other person. I learned to step back and reduce my expectations. Difficult? Yes, because we all want  and we all think we need. Learning to distinguish the difference between a want and a need was the first step in the process.