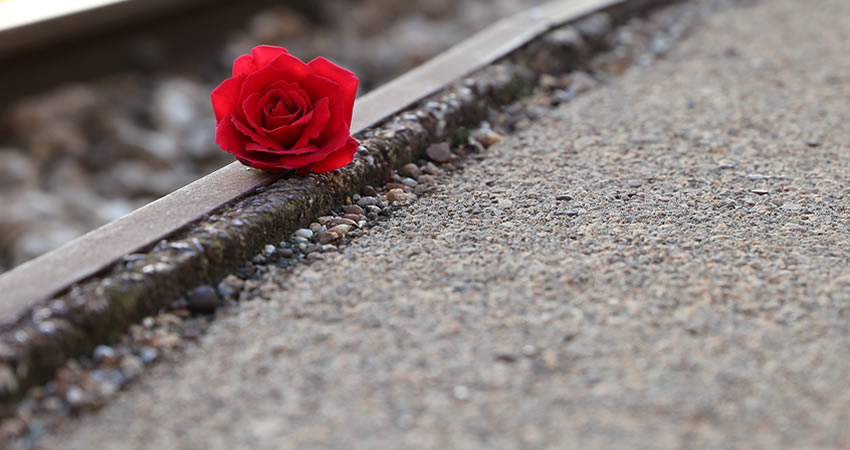 I met my husband when I was just 17. Fresh out of high school, brash as could be, ready to take the world by storm. I had moved from my hometown to the nation’s capital and got an apartment with two of my friends. I was headed to New York City, you see, where I intended to find a job on Broadway. Instead, I found an office job and a gig singing in a small downtown bar where I developed my first set of groupies. Life was good.

There was a man who lived across the hall from us in our three story walkup. I checked out the mailbox at the front door and saw that it said, “Dr. So and So.” I was definitely intrigued. I decided that I was going to get me a handsome young intern. Joke was definitely on me but I didn’t discover that for a long time.

I was struggling greatly with my Borderline Personality Disorder. I had most of the nine symptoms but my most prominent issue was my fear of abandonment which stemmed from having been abandoned as an infant. These issues flared very soon after meeting him and starting a relationship and carried on throughout the duration of our marriage.

I married him because he was simply the smartest person I had ever met. He had a Ph.D. in biophysics and a Master’s Degree in history. I had never met anyone so smart and I fell in love with his mind. His rich history as an undergrad at an Ivy League college on the east coast was also irresistible.

Should I have married him? Probably not. I was still a child myself and desperately ill. My illness became the backdrop for our lives together and coloured everything. My multiple suicide attempts derailed things time and time again. He was shocked and distraught every time I made a suicide attempt. I would try to explain to him why and eventually he stopped asking why. He would just hang his head and cry every time I ended up in the hospital again with an overdose.

This was all unfolding in the 1980s, long before Marsha Linehan developed her seminal, groundbreaking therapy called Dialectical Behavior Therapy (DBT). I did eventually get some early DBT when I was an in-patient at a famous psychiatric hospital in the 1990s. It helped but it didn’t cure me. I needed multiple refreshers in it before it finally stuck.

BPD ran me around the merry-go-round for most of the years I was raising my children. I was desperately unhappy all the time, my moods were chaotic and I felt that I had no control over my anger at all. I raged pretty much day and night.

Now, after more than twenty years post DBT success, I have a very different perspective on what was going on and really happening. I see that I really didn’t have control over my feelings or myself. This is because as a young child and a teenager, I had never learned the coping skills that every healthy, functioning adult needs to know. I had spent my adolescence running away from my problems because of the terrible anxiety they provoked in me.

I have become a mental health advocate and strongly believe in the power of DBT to change lives. It really does what Marsha Linehan says it does, “helps create a life worth living.” Before I had DBT, my life was not worth living. That is why I kept trying to throw it away every time I got overwhelmed. During those terrible dark years, I attempted suicide more than 18 times. Sometimes I would be kept in the hospital for a week or so but never was I taught any fundamental coping skills so my pain just kept compounding.

I came out of my dark, shameful mental health closet a number of years ago and now I disclose about my former diagnosis. I say former because my psychiatrist told me about 10 years ago that I no longer met the criteria for BPD. I don’t disclose to everyone I meet but if if the topic of mental health comes up in conversation, I will generally talk about my journey if the other person is interested in hearing my story. I find that it usually has a big effect on the other person and that’s a good thing because of the stigma of mental health problems in general and the stigma surrounding BPD in particular.

Today I have the gift of hindsight and I can see where all the pitfalls were, I know why I couldn’t cope, why I felt so lost most of the time. I know why I didn’t know who I was or understand what I was all about. So I take this knowledge and I say that we should be teaching DBT in grade schools as part of the core curriculum. I know that won’t happen, however. Most school boards don’t have enough funding to buy enough text books for their students. So, the cycle of self-destructive living will go on for countless young girls for a long, long time.

DBT was my “get out of jail free” card. It is what allowed me to reclaim my destiny and finally stop victimizing myself and get on with the joy of living.