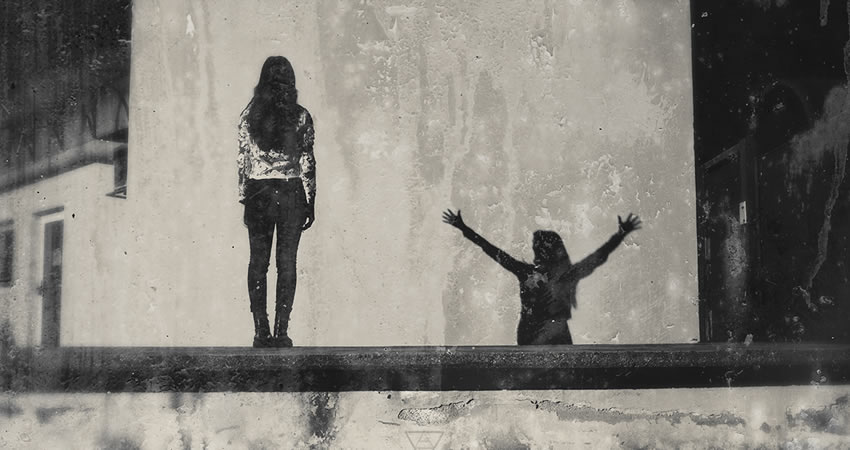 An interview with Rayette K Rucker

So, I want to tell my story. When I was twenty, my mental health problems really started. I was first hospitalized for suicidal thoughts and self-harm. I was diagnosed with borderline personality disorder (BPD), major depressive disorder, and post-traumatic stress disorder (PTSD). I wasn’t diagnosed with dissociative identity disorder (DID) until April 16th of this year. DID affected me as a teen especially in school. Whenever something would happen in the classroom, we would instantly have to run out of the classroom to find somewhere safe to go. We started cutting around age 20 because that’s when most of my mental health problems started. I had been dealing with the dissociative identity disorder for a while, but it wasn’t officially diagnosed yet. I went for two years without being hospitalized from 2013 to 2015. In 2015, I was hospitalized seven times in 8 months. All these hospitalizations were for suicidal thoughts or self-harming behavior. I want to tell you a little bit of what it’s like to live with dissociative identity disorder. It’s like having more than one person sharing your body. I have four alters. Their names are Amilia, who is 16, Lucy who is 4, Stacey who is 12, and Pattie who is 19. I may not have discovered all my alters as I have only been recently diagnosed.

1. At the age of twenty, you mention that is when your mental health issues really started. Was there an event or incidence that triggered you? Do you feel something brought it on?

I was just learning that I was getting out of foster care about a few months before my 21st birthday, and I was in distress over this. That’s when I began to self-harm.

2. When did you go into foster care?

3. You then went into hospital with suicide ideation and self-harm and you have been in and out of hospital. How has been your time in the hospital?

Going in and out of the hospital was a surreal experience for me. It taught me that not every hospital is created equally. At one hospital, the staff wouldn’t let me bring a Braille device that I used to journal with, but at another hospital, they let me use it. The staff was really helpful in terms of my blindness.

4. How long have you been blind?

5. How did you feel when you were diagnosed with a number of mental health disorders?

It was an eye-opening experience for me.

6. What were the symptoms/experiences that you were having that helped your mental health professional to diagnose you with DID? How did you feel about the diagnosis? Were you aware of DID before then?

The symptoms I was having that led to my diagnosis of DID were: the appearance of more than one personality, memory lapses, lost time, blackouts in which I didn’t remember what was done, and feeling like I’m watching my body from outside it. I was relieved when I got the diagnosis. I knew what DID was before my diagnosis.

7. You explain your experience with DID as:

“It’s like having more than one person sharing your body. I have four alters. Their names are Amilia, who is 16, Lucy who is 4, Stacey who is 12, and Pattie who is 19. I may not have discovered all my alters as I have only been recently diagnosed.”

a) How did you discover your alters?

They just introduced themselves to me one day when I was just sitting in my room.

b) If you were to introduce each alter to someone, how would you introduce them?

I would tell people that these were different parts of myself.

c) How do having alters impact your life? Could you explain one event that comes to mind where an alter(s) had a strong influence and how that impacted the event?

Having alters makes life very interesting. Like when it’s time to eat, I have to work with my alters to know what each one wants to eat, then we have to come to an agreement on what to eat for example. I can think of one time in my life where an alter really had control and influence. I was in therapy when Amilia came out and was talking about how she wanted to kill the body. She is very angry, and she was programmed to kill the body should the memories of abuse come out.

8. You mentioned abuse. Could you give some background on that?

I went through 17 years of abuse. It was mental, emotional, physical, sexual, spiritual, and ritual abuse. My abusers were my mom, my dad, my grandparents, my brother, my uncle, and some aunts.

10. Is there certain situations and/or feelings that trigger you to self-harm?

11. Do you take medication and if so, what has been the impact of this medication on your life?

I do take medication, and I think it has had an amazing impact on my life. It has definitely allowed me to live in freedom for the most part from depression.

Just because you haven’t met all of your alters, it doesn’t mean there aren’t any more to meet.

It may seem dark now, but there is hope and a light at the end of the tunnel.

14. Mental Health Talk gets a lot of commenters who are contemplating suicide. Is there something you would like to say to those commenters?

Don’t give up hope. There is always a way out, and suicide is a permanent solution to a temporary problem.