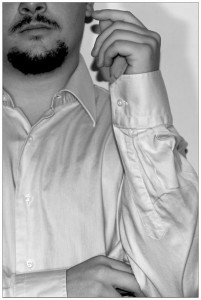 Interview with Anthony by Trish

“I want to tell my story” Anthony said.

I had just finished my presentation about storytelling and he was the first person to show an interest.  We tried to figure out a time to meet when it was suggested we meet now.  I was taken aback but did my best to let go of wanting to control my schedule because when someone wants to tell their story, you need to seize the moment.

Anthony and I went to the back of the centre and sat so I could look directly at him as we talked.  He appeared to be quite relaxed in his seat as I was trying frantically to find some kind of writing instrument in my oversized hippy purse.

Without warning, he started his story.

Anthony explained his parents married when his mother was 15 and his father was 26.  It was an arranged married which was common at that time in the Italian community.  Anthony was born soon after.

He recalled his childhood: “My father didn’t want anything to do with me.  Everything I did was wrong and there was no encouragement.  He was a compulsive liar.  I grew up with mental health issues on both sides of the family.  My family also suffered from alcoholism and drug addiction.”

Anthony began to experience depression in high school.  His home situation contributed to his dark moods. Yet after he finished high school, his depression required him to become more dependent on his mother and father.

He worked odd jobs when he was feeling well enough.  He spent a lot of time reading about mental illness and self-help.  It helped him to feel more empowered about his experience with depression.

He started working fulltime driving a truck.  He was good at his job and was eventually promoted to supervisor.

But the long hours started to burn him out.

He eventually had to take a mental health leave and when he approached his boss on coming back, he was shown compassion because the boss’ son had similar issues.

He hired Anthony back but it wasn’t the same. “He treated me differently and paid me a lot less.”

Sometimes stigma wins out over compassion. [Tweet this quote!]

After 6 years of working on and off with the company, he quit.  He found himself fully dependent on his parents again.

He was growing older, single, and still living at home which is the custom in an Italian family.  His father’s attitude and emotional abuse toward him had not changed, but he felt a roof over his head and food was the trade-off.  He didn’t know what else to do so he put up with it.

His parents were very controlling, more so than over the lives of his brothers.  Though he feels their need to control was passed down through generations, it came to a point where his brother helped him put a cheap lock on his bedroom door to protect his privacy.  He felt more secure about having this lock and would lock the door every night before he went to bed.

One morning he woke to find his door unlocked.  He sifted through his memory of the past night and could not remember unlocking it.  He asked his mother if someone came into his room and his mother told him he must have gone to the bathroom and left it unlock.  He was almost convinced he had unlocked it while still asleep.

But it began to occur more frequently until he no longer questioned that someone was coming into his room.  He wondered who and why?

He met a woman of the same ethnic background and found they had a lot in common.  After a 4 year courtship, they decided to move in together.

“This was the woman I was going to marry” he told me.

They decided he would be the breadwinner and she would be responsible for the domestic duties.  He soon found that it was too much for her to handle.  He would arrive home from work and she wouldn’t have done anything.  This was not what he had signed up for.

The couple split and Anthony moved back with parents.

After 6 months of being back with his parents, Anthony rolled over one night to find his father in bed with him.  Suddenly Anthony’s memories of being sexually abused as a child intruded.

With the support of the people at the Krasman Centre, Anthony found the courage to leave his family’s home and move out on his own.

For 39 years he had depended on his father for survival.  Understandably he was anxious about the move.  But he knew he was at the breaking point and had to do something.

A few months later, Anthony was having a hard time processing his memories.  How could his family have hid what was going on for so many years?  He decided to call a crisis response service.

The person he spoke with advised him to go to the police where they would help him to find support.

Around the same time, he decided to confront his father about the sexual abuse.  His mother and father denied everything.  His family disowned him on the spot.

So Anthony went to the police station.  Though he was adamant about getting help, he was interrogated by officers who he eventually told the whole story.  What was supposed to be a visit to get support turned out to be a distressing situation.  Not only did Anthony not find the help he needed, the police told him there was not enough evidence to charge his father.  He hasn’t heard from them since.

He also hasn’t heard from his parents in 6 months.  He has decided to block them out until he is ready to let them in again.

Anthony now lives on his own and is proud to talk about all the things he is doing that he used to rely on his mother to do.

He is also learning to manage his priorities now that he is living in poverty.  He told me he has become very thrifty and values money more.  He is grateful for the extra that sometimes comes his way and the opportunities to make money when he can.

He accepts the help from the Krasman Centre when there is free food, and is letting go of the costs that are not necessary, like his cell phone.

When he does have extra money, he spends it on toiletries to ensure he is always presentable.

“I am living poverty conscious now” he told me.

His self-confidence has increased dramatically and his mental health has improved since he has left his parents.

When I asked him what advice he would give someone in a similar situation, he replied “do your hardest to be independent.  You will thank yourself for it.”