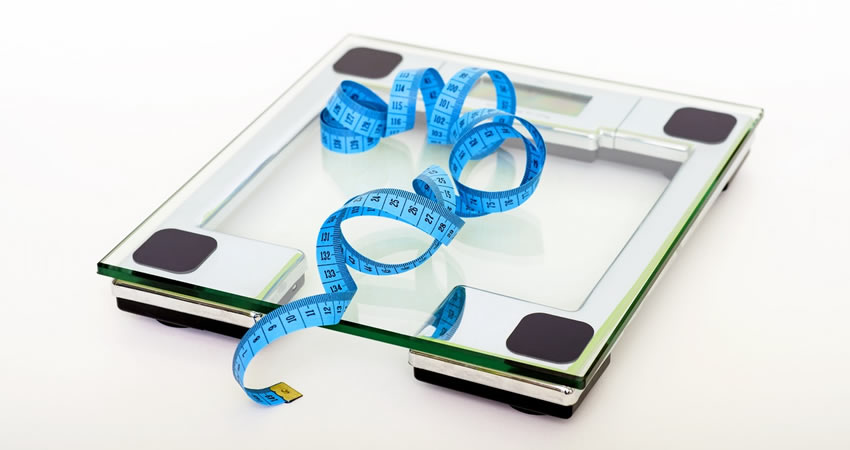 When I was diagnosed with Anorexia Nervosa, it was difficult to see any light. But with support and a change of outlook, I returned to health and wishes to help others who may be struggling.

My mind began to alter when my environment and body faced changes. I was fourteen and in the height of puberty, beginning to question my body and its shifts. Before this, comparing myself to others and society’s standards wasn’t something I’d considered. When puberty and the competitive nature of secondary school hit, I fell into its trap. It began with a diet, and soon became a mental illness that overruled my functioning.

Growing up with an identical twin sister we were referred to as ‘the twins’, although we had our individual identities, we were often seen as one. As we blossomed, others would say, ‘Danielle is the one with the chubby cheeks’, to help identify which twin was which. Back then, it didn’t affect me, I laughed it off and that was that.

By the summer of 2012, I began to focus on their choice of words, the ideal thinness displayed in society, and felt I needed to change my body to find happiness.

I started counting calories and cutting out foods, comparison became a compulsion, puberty was at its peak, and I was lost trying to find myself in chasing a perfection that didn’t exist. For me, it wasn’t a sudden switch, but the ground seemed to slowly crack and disappear. It was a silent struggle; that’s the thing with mental illness, internal turmoil cannot always be seen. It wasn’t all about aesthetics, although it played its part, it was about gaining control in a world of chaos and unknown, my place to prosper when I didn’t believe I could in anything else. I’ve always had an obsessive streak, but this grew beyond extreme. Instead of managing the inevitable of unknown and change, I shut them out and tried to establish control of what I could.

I started to lose weight. I remember it felt good, it was my drug that kept me going when I felt lack of control elsewhere. I don’t think I knew what I was gradually doing initially, it began small and spiralled. There’s always something within societies standard of ideal beauty that we’re told we don’t match, and as a result self-destruction can continue, rather than accepting our worth as we are and prioritising well-being. Guilt and anxiety became constant states and I disliked anyone seeing me through the fear of how they’d perceive me. At the time, losing weight made me feel euphoric, but as soon as I reached one goal, it would never be enough. I felt sickened at the sight of myself. What that was, became warped.

The voice became louder. It reassured me that I was winning the smaller I made myself, the comments of concern from others would fuel it rather than quieten it, it would congratulate me that people were noticing. But there was no end point. Eventually my heart would’ve just given up.

My family had recognised I’d lost weight and were keeping an eye on me, but I kept going. I felt trapped in continuing, the voice in my mind would tell me I had to, to be worthy. Signs of developing an eating disorder are individual, experiences can differ. For those around me, even if I wasn’t aware of it, fixation on consumption and image, harmful obsession, lack of self-belief, trying to stay in control, withdrawal, and changes in my behaviour, were signs that my mind was being pulled away. Contrary to popular belief, eating disorders root themselves within the mind and come down to more than just food and image, it’s the thoughts and feelings beneath that initiate distortion. Fainting, periods stopping, heart palpitations and constant shivering, became medal worthy rather than a concern, all to stick by the voice of the apparent best friend that ran in my mind. False promises. Chasing a happiness that can only exist as you are, when you let it.

By 2013 I was admitted to Maudsley Hospital after reaching a critically low weight. When I was diagnosed, I didn’t believe it. The voice inside informed me that everyone was against me and lying to spite me. They were actually speaking the truth and fighting to keep me alive. My thoughts were real, but my mind wasn’t functioning rationally, even though at the time I was convinced it was. Due to lack of fuelling and feeding irrational thoughts, how I saw myself became morphed and distanced from reality. To me, it was real, it was truly what I could see, but it wasn’t the truth. The brain undergoes drastic structural changes when under nourished, and altered perception occurs as a result. Looking back now, external support saved me, and was what needed to happen.

I’m not going to lie and say it was easy, but through recovery there was a glimmer I held onto that I may eventually end this suffering and I had to continue the path in order to live again. Some days I would succumb to it, give in and play by the rules because despite how much strength it took, I didn’t have enough energy to fight back. On other days I fought for myself, and the next, the illness fought in rebellion. Although it can often feel frightening, talking helps, and remembering your health is your wealth. It wasn’t an instant switch, and although loved ones and professionals helped me, the desire to recover had to come from within. To live freely, as we should. It took acknowledging and accepting pain in order to reduce it. For me, it took external help in order to help myself internally. It came down to altering my outlook mentally, how I viewed the world and myself. Unlearning and rewiring, coming away from what was harmful rather than helpful. By 2016, I was discharged and began University. There were some tough hurdles throughout studying when stress hit, but I learnt to manage the stress without relapsing or returning to destructive habits.

Although I didn’t want to believe it then, it was reaching out that saved me. When you feel you’re alone, or you have no support, even though the darkness tries to inform you otherwise, there are glimmers of hope we can be open to recognising. People, places, and things of beauty, to welcome in. You have to be stubborn and clutch on to any seed of that within you, so when the demon comes along, you’re able to hold on. This life is yours and not any mental demons. The light shines in when you give yourself permission to accept that. I’ve learnt through battling and fighting that your worth is limitless, we are valuable for who we are, not how we look. I’d write down moments of feeling motivated or happy throughout recovery, to turn to on tougher days. Give yourself permission to take it step by step, and trust that by doing so you will eventually reach acceptance through caring for your well-being. The light in living as you.

I thought that shrinking myself, working until exhaustion, and chasing perfection would make me happy, accepted and worthy. It didn’t. It didn’t bring me a life, but sucked it completely out of me. Now, I accept myself as I am. Life is a blessing. I’ve graduated. Food is fuel and nourishment, not the enemy. It’s not good and bad, just some foods are more nutritious than others. Health isn’t just physical, the mind and our insides are just as important. When you rekindle the connection with yourself and not who the inner critic tells you to be, living’s liberating. You only get one life, please treasure it and look after yourself. 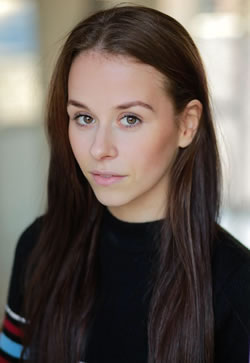 Danielle Saunders is a twenty two year old actor and aspiring journalist. She is passionate about sharing stories, removing the stigma around mental health, and an advocate for voicing and sharing mental battles to help others. In sharing her personal hurdles, she hopes to provide support. Danielle’s blog is based on mental health and living happily in a world of chaos: https://danielleswonderfulittleworld.blogspot.com/

Here is another MHT post by Danielle: Dealing with my coronavirus anxiety.