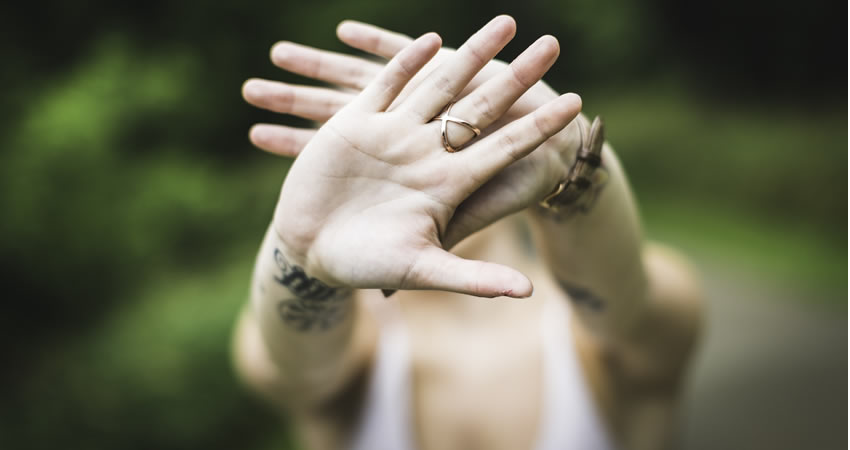 Growing up, I had always felt different. I wondered why I wasn’t talkative and outgoing like my peers. Even though there was so much I would like to say, I stayed silent. Then when someone I didn’t know, or even someone I did know would talk to me, my heart would beat a thousand times a minute, almost bursting out of my chest. My palms would get sweaty, my legs shook like Jello, and my stomach would get tied up in knots to where I wanted to throw up.

When I did try to break out of my comfort zone and interact with others, I’d later beat myself up over how I decided to respond. I’d asked myself, “Why did you say it like that? You could have said something better. Why did you even speak? It would have be better to just not say anything at all.” I was never comfortable unless I was in my safety zone — my home. Then I felt like I could be myself.

I felt like something was wrong, but I just didn’t know what it was. People would ask me, “Why are you so anti-social?” That was the one question I hated the most because I didn’t have an answer for it. And it also meant that they noticed my problem, which shot my anxiety through the roof.

I began to dwell over situations that I believed in my mind could have went better if I did or said something different. But the reality was that I couldn’t change the past so why obsess over it? Not only that, no one even thought twice about the situation except for me! No one cared if I said to little or said something that may have sounded silly. That’s when I began isolating myself from the world and avoiding any activity that I thought would trigger my anxiety. Looking back, I realized that isolating myself was more harmful than facing my fears. But even after finally knowing that there was actually a name for what I was going through — social anxiety — I still didn’t know what to do to control it.

In December of 2010, I left home one day and came back to someone telling me my mother was rushed to the hospital. When I got there, they told me she had passed away from liver failure… yes, my mother was a chronic alcoholic. Not only did I just lose my mother, but I also lost my best friend. You would never see me without her, and vice versus. I also realized I had lost the shield that protected me from the world. Now I had to face my fears alone.

I Fell in Love with the Devil

I met my children’s father a week before my mother passed. And once she passed, he swooped in like a knight in shining armor ready to save me from the world. Of course, I was at my most vulnerable point in my life, and he was everything I thought I wanted in a man. He constantly told me I was beautiful, he was overprotective, loving, and attentive to every one of my needs.

Then I realized his way of overprotecting became obsessive. I was no longer allowed to talk to the opposite sex and to make eye contact with the opposite sex. I was blamed when someone looked or decided to talk to me. And when that happened, I was choked till I almost passed out. I was slapped and called the most disgusting names a person could be called. When he got angry, his once hazel eyes turned charcoal black and he looked at me like he wanted to kill me. I couldn’t understand why this person I loved so much and who loved me so much would hurt me worse than anyone else in the world. Then I realized that someone who could hurt me so bad would never hurt me that way… but where was I supposed to go?

Fell into a Deep Depression

I felt like I was trapped in a prison with 24 hour lock-down. I had nowhere to go, and no one to hear my cry for help. I was afraid to do anything that would trigger my boyfriend’s rage! I started wearing less makeup and dressing in baggy clothes so no one would even think twice about looking at me. I began walking around with my head hung low like a zombie.

Now I was battling with my anxiety and severe depression. My anxiety would skyrocket as soon as a man said something to me because I knew my boyfriend was watching — even when he wasn’t — and I would have to pay for it later. I tried to ask the people around me what I should be feeling, and I even asked him.

It was Time to Escape

The fights began to get worse. He would always hit me a little harder, or choke me a little longer and I knew if this continued, I would be dead sooner or later. When I decided to try and escape this prison-like life-style, I called a battered women’s shelter, reserved a spot and packed a few bags for me and my two children.

Completely terrified, I put the bags outside the back window one night. What if he saw the bags? What if he catches me leaving? What if when I leave, he comes to find me? All of those questions constantly raced through my head a hundred miles an hour, but I had to take the chance. The next morning, my two children and I hoped out the window while he was sleeping and ran to the cab that was waiting for us outside.

I did it! I got away! I was finally able to have the freedom I was deprived of for 5 years. No more beatings, no more yelling, no more fear… well, scratch that fear part. The fear was really just beginning.

Now that I was away from the man who brought me down to my lowest point, my mind was still very much caged. I had anxiety, depression, and now I was literally afraid of the world. I was afraid of loud noises. I was afraid to hear people argue. I was still afraid for someone to talk to me. Before, I was just afraid to talk to people because of my own thoughts of how they perceived me but now I was also afraid because of the thoughts of what he might do… even though he was no longer around. Why was he still controlling my mind and occupying my thoughts 24/7?

That is when I really knew it was time to seek treatment. And sure enough, they diagnosed me with generalized anxiety, depression, and PTSD.

Finally asking for help was the best thing I could have done! It confirmed that I wasn’t just going crazy! I was dealing with many mental health diseases that were only getting worse over the years by not getting help. I believe this  is one of the main reasons many people go undiagnosed because they are so afraid to tell someone what they are going through in their daily lives.

After I released all of those taunting thoughts that haunted me every day by talking to someone I knew wasn’t judging me, I felt like so much weight had been lifted off my shoulders. Things didn’t change overnight, but this was a positive start! I couldn’t wait to begin to love life and love myself for the first time in my life!

There’s so much out there to experience and life is too short to live behind invisible concrete walls that disable you from being you.

Leave a Reply to Eilidh Horder ×