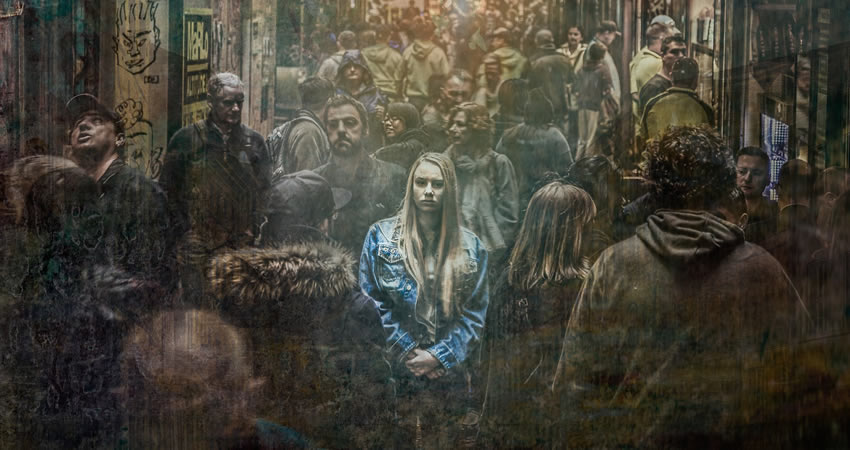 It all started when my father passed away. The days following his passing was a blur, and I could not remember the people who came to pay their last respects. I could not sleep, and if I did, it was only for a few minutes before I was jolted awake with the thought that he’s downstairs in our once joyful living area lying in his coffin.

During the months that followed, I was constantly restless and nervous and had trouble concentrating on my job. This went on for more than a year and I was starting to worry that the sense of panic would never go away. Every time someone called, I would feel weak and worried that it was an emergency call. Every time I tried to sleep, my mind kept racing, and all I felt was a crippling fear of the unknown.

Even though I had trouble focusing my mind on my tasks at work, I had to continue if I wanted to be able to pay my bills. My co-workers noticed changes in how I interacted with them, but they did not bother to ask me about it, as they must have thought I was still grieving and only needed some time alone. But the reality was that I needed someone to listen, to ask how I was doing. But no one did, and I was left to deal with this overwhelming feeling on my own. I knew I needed the job so I tried to find ways to be productive despite my anxious thoughts. I started searching for ways to curb my negative thoughts so I could continue to function and bring some normality back into my life. Slowly, I was able to once again achieve deadlines by organizing my tasks and taking quick breaks when my mind decided to transport me into a future negative scenario. But things remained the same when I was at social gatherings or when I was alone at home.

The changes in my thought-patterns affected not just my work but my relationships as well. I didn’t know it at the time, but it turned out that my anxiety was causing me to feel suspicious about other peoples’ intentions. I felt uncomfortable around my friends because I would suspect them of saying bad things behind my back. When a great man came along and started to show interest in me, I would always check up on him just to assure myself that this person was really serious about getting into a relationship with me. You see, sometimes I felt impatient with other people, but other times I just felt too dependent on them. Eventually, I found myself losing friends and feeling even more anxious about my relationships. I could not blame the people around me for wanting to end the friendship. I’d had panic attacks in the middle of a dinner party, and being with me must have felt like there was always an impending anxiety attack.

I may have lost some people in my life because of the way I depended on them too much, but I was able to maintain friendships that helped me down the road to overcoming my anxiety. A friend from middle school once took the time to take me out to dinner, saying that she wanted to see how I was doing. We ended up crying over dinner as she shared that she also suffered from anxiety a few years back, and that therapy was a great help for her during that time. She encouraged me to visit a mental health professional so I could discuss my symptoms without fear of judgment. For the first time in years, I found someone who truly cared for my well-being and I realized that there was hope in improving my relationships and my life as a whole. I went to a mental health specialist who asked me how long I had been experiencing my symptoms and whether my symptoms were keeping me from performing normal day to day activities. It turned out that I had been suffering from Generalized Anxiety Disorder, which could be treated with medications and psychotherapy.

My doctor suggested cognitive behavioral therapy so I could become more aware of my own thoughts and emotions. In the first few sessions, we discussed my obsessive thoughts as well as my panic attacks. My therapist helped me identify the patterns of thinking that were causing my difficulties. She also encouraged me to set goals that were related to what I was experiencing, and to identify any hurdles that might keep me from meeting those goals. After about 14 meetings with my therapist, I was able to take a more active role in my life, which gradually improved my relationships.

Whenever I’m faced with a setback, I strive to come up with a more productive solution instead of thinking about the circumstance in a negative light. Right now, I can say that I’ve learned to calm my mind, and to just sit still without imagining the worst scenarios. I’ve also learned that I should not fight the feelings of fear and dread when they come, but instead learn to float with the feelings and allow my mind to slowly reach a state of calmness.