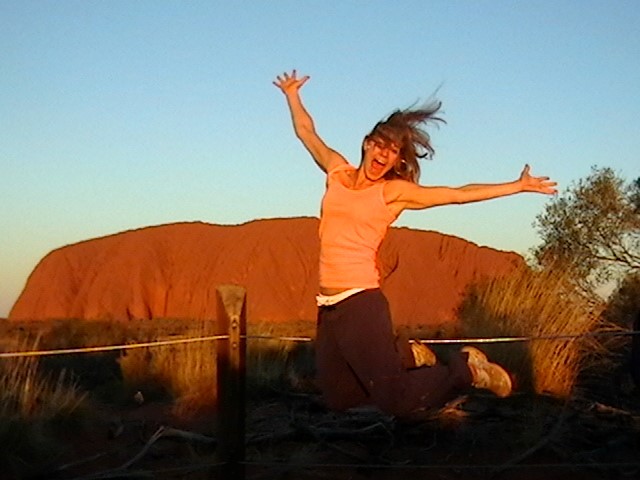 I don’t want to have the same things happen to me that happened to my dad.

Dad was bipolar too. All he had to do was take medication once a day and he would’ve been fine.

But he was a pilot.  And back then, pilots weren’t able to fly planes while on meds.

He couldn’t do his job – a job he LOVED – because of his bipolar disorder.  That’s the strangest thing for me to understand – his medication made him feel great! Perfectly capable of leading a “normal” life! But his life was flying.

So, technically, if he didn’t take care of his health through medication, he was safe to fly aircraft.

I recently learned from another family member that Mom was really scared of Dad.  Scared that he would hurt her. So Mom, my sister and I moved provinces, partially because Mom was offered a great job (she’s a pilot too), and partially to get away from Dad.

I was allowed to talk to Dad on the phone, and I even went to visit him the summer after our move. He hanged himself the following January.

And it’s been taboo to talk about him or his death for the past 18 years. I think this hurts the most. I’m not sure why, but it seems like it was a chapter in my mom’s life that she doesn’t want to be associated with anymore.

After Dad died, I immediately became a tomboy: baggy sports clothes; pretending that I didn’t have a crush on any guy; eventually not wanting to wear a bra or shave my legs…

I could understand that Mom wanted to be in a loving relationship again. I wanted that for her too. I love Mom so very much. But meeting my step-dad, moving provinces to live with him, the engagement, and eventual marriage – all within 1 ½ years of Dad’s death – hit me really hard. It wasn’t until a few years ago that I actually felt comfortable hugging my step-dad. Of course I love him, but for years it was very tough for me to show it.

The feeling of loving a parent who chose not to watch me grow up, and the feeling of a replacement being forced upon me, really made me subconsciously doubt my own self-worth.

And this may be why I have been single pretty much my entire life.

The only relationship I’ve been in was 7 years ago. It was more off than on for over a year, but I ended up ruining it because I wasn’t medicated. I cared too much about myself, yet I neglected myself at the same time.

Looking back, it was around the time I began university that I started to show signs of bipolar disorder:

But for every 8 months of awesomeness, came 2 weeks of crash:

A year before my bipolar disorder diagnosis, I had another big crash. I was living with my aunt and uncle – they obviously knew of Dad’s condition – so they sat me down and told me I needed help. I took their advice, visited my doctor, and he immediately put me on antidepressants.

But here’s the thing – no one sat me down and told me they were worried about me when I was extremely happy and excited. And why would they? Apparently, it’s OK to be really happy, but it’s not OK to be really sad.

So the mania side of my bipolar disorder went untreated.

And this athletic, drug-free sports nut began smoking weed 2-3 times a day just to calm down.  Everything had to be done now, Now, NOW. My mind would race with crazy, creative ideas and I couldn’t shut it off at bedtime. Nothing was impossible for me!! And if I ever felt upset, I would double my dosage, thinking this would numb my emotions.

One year later, I finally got to see a psychiatrist. And when he told me I was “without a doubt” bipolar, I initially refused the medication.

When people are diagnosed with cancer, break a leg, or have the flu, loved ones show their support through get well cards, flowers, spending time with them – that’s not really the case with bipolar disorder.

I was told, “I’m not going to give you any sympathy” because I was acting strange during my withdrawal from the antidepressants and adjustment to my new medication.

My psychiatrist told me not to tell anyone of my condition – it wasn’t their business. But I felt that I had to tell my family and close friends. They had to know that I was getting help.

I think the hardest part of all this was the realization that I couldn’t see the forest for the trees until I was properly medicated.

But with this realization came the overwhelming feeling that I owe people apologies for my actions:

I’m sorry I didn’t show that I cared enough about others, and I only focused on myself.

I’m sorry for snapping at you about miniscule things.

But I shouldn’t care what others think of me, because they’re going to think whatever they want to anyways.

I’ve kept a diary for almost 20 years. And reading what I had written a few years ago, it was astonishing to see all the signs and symptoms of bipolar disorder, yet not know I had it.

The one boyfriend that I had had told me that I wasn’t taking care of my appearance and I needed to get help. But I didn’t.

But I am also much more stabilized…

I’m still working on rewarding myself for accomplishments. It’s difficult for me to understand why I should be proud of my current successes when I was able to do so much more during my untreated manic periods.

But I’m only six months into treatment – everything doesn’t fall into place at once.

I’m happier with myself, but I know it’s going to take time to realize that my medication makes me be “the real me”, rather than masking who I really am.

Karen has always had a strong independency. After ten years in the sports broadcasting industry, she moved to Australia to receive her Masters Degree in Teaching. She has also explored South East Asia, the UK and many parts of North America. Since relocating to Ottawa, Karen has worked on numerous film and television productions. Her long-time plan to bicycle across Canada in support of mental health has found new life after her own diagnosis with bipolar disorder.