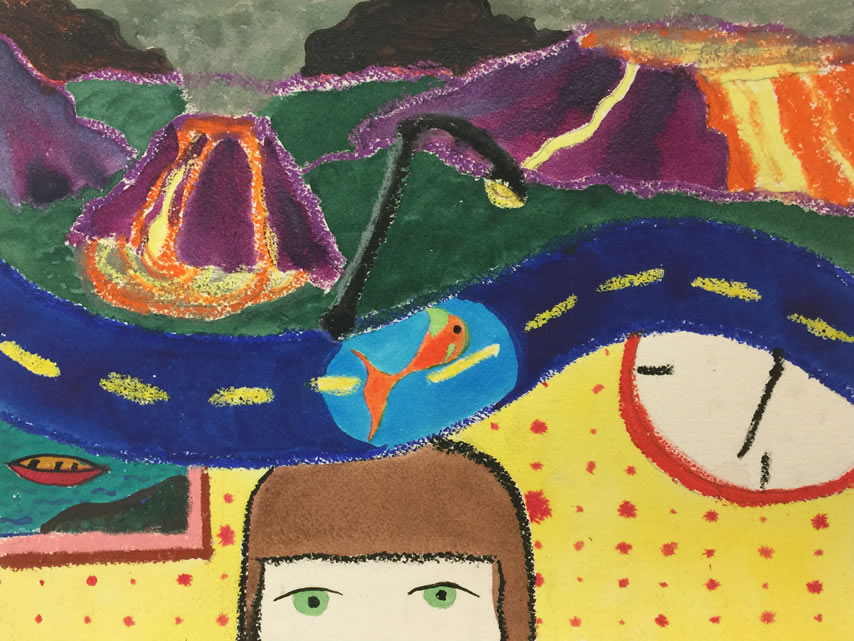 I’d been up all night, sitting by my girlfriend’s bed in the hospital and watching Pink Floyd’s “The Wall” on repeat on a laptop until the sun came up. At sunrise, she was cleared to go home.

I knew by that point that something was wrong with me. I blamed it on the legal speed I’d been prescribed two days before to treat a bladder condition that I would later learn I never had. A few hours before sunrise, the movie had started swirling beautifully in the air around the computer screen, and now that we were headed back to our dorm, my feet felt numb. I was convinced, just from sensation, that they weren’t touching the ground.

I floated back to the dorm and put my girlfriend in bed to rest. Once she was asleep, I knelt in the middle of the floor, holding my cell phone (an old-school Nokia brick: it was 2006) and staring at the black screen. It felt like I held that pose for a long time; my brain was too busy having thoughts to make any movements.

My cellphone eventually buzzed and made a noise, but I only realized that later. At the time, my reality said that the buzz was a bite on my hand, and the phone was a snake. I threw it against the wall in a split-second reaction. I looked around the room for the snake, but couldn’t find it. My adrenaline was pumping, and I ran out of the room to find someone who could help.

I rushed downstairs to the lobby of the 1800’s hotel that Oberlin had converted into the small dorm where I lived. It was a stately old building with a very old feel to it (in reality). Halfway down the staircase, I stopped. From my position, I could see a small girl in a white nightgown hiding under the piano in the downstairs practice room. She looked frightened. I forgot about the snake.

I called out to her, but I couldn’t hear my voice, so I assumed she couldn’t hear me either. I went into the practice room and climbed under the piano with her, but when I got within 2 feet of her, she vanished.

I knew that I was still on a mission, but I didn’t know what that mission was. Despite my lapse in memory, I still knew that I would find what I needed outside the dorm. It was a glorious morning: bright blue skies dotted with puffy clouds. The clouds cast blue shadows on the white, snow-covered lawn. I looked up at the sky and smiled at all the beauty… but then I heard whispering. The clouds were whispering. They were talking to each other, and my name was the only word I could make out. They were watching me, planning on coming down to get me. They were millions of times larger than I. I had to take cover.

I remember my feet being painfully, bitingly cold, at which point I realized that I was wearing socks with no shoes. A stranger let me into Harkness, the dorm next door, with his keycard. I didn’t have that either. I wasn’t sure where I was, just that I had to get inside where the clouds couldn’t see me.

That’s where I blacked out: at the door to the Harkness dorm. I woke up several hours later (I think). I had fallen asleep in a tiny room filled with clothes. It was referred to as the “Borrow Room” because people left the possessions that they no longer wanted in there, and anyone was free to take anything they liked. It amounted to a tiny room with about a foot and a half of clothes covering the floor. It was soft and warm and private. I sat up and noticed that my pants and socks were gone. I didn’t know how I’d gotten there, or where my clothes, phone or keycard were. I saw clearly, for a moment, that I was endangering myself by not being under supervision. I put on some abandoned pants, socks, and boots, and walked back to my dorm.

In my dorm room, I found my phone and called my mother. I told her I wasn’t okay. I didn’t know what was happening, and I didn’t feel safe. She told me to find a ride to the airport at 5; that she would book me a flight home.

That day was my first experience with psychosis. A few weeks later, I would be diagnosed, hospitalized, and would attempt suicide for the first time, in that order. Once I got on medication that worked, I dramatically improved, although most of my memory of the first six months after being hospitalized is a blank. I remember some improvement from the meds in February, and beyond that, I remember nothing else until the fireworks at the 4th of July that year.

Uncontrollable psychosis can be terrifying, and at the beginning, it was. Now that I have coping skills like fact-checking, I often have the ability to distance myself from the things I experience and accept that I just have to stay safe and wait it out.

Medication and therapy saved my life. My psychosis now has nothing on the terror I felt that first day being lost in a hostile world that only I could see. 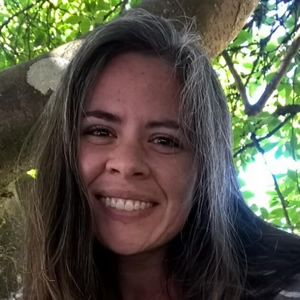 Emily K Harrington Bio: I am 32 years old, and I live with bipolar II with psychotic features, major depressive disorder (MDD), and generalized anxiety disorder (GAD). I am a writer, and my website, The Goldfish Painter, is how I reach out to share my hard-won knowledge about how to survive a mentally ill life. From surviving depression to becoming a “professional patient”, I am here to give you shortcuts to feeling better.

You can read more about me in the About Me section of my website.