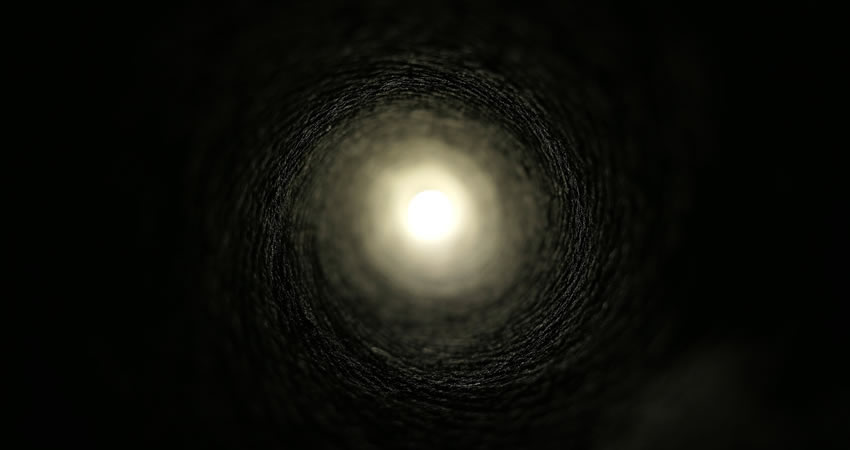 I’ve often referred to my anxiety as being like a black hole, one that lurks deep within your mind. You’ll have something that you need to say or do and no amount of will power in the world can get it across the boundary of being a thought to being an action. Instead, the anxiety black hole just spins it around and around in your head so that all the thoughts play over and over again. You quite quickly lose sight of when you should say/do something and when you shouldn’t.

How it all began

This isn’t quite an origin story as such. I’m not really sure where my anxiety came from. As far as I’m aware I never fell into a vat of radioactive anxiety or got bitten by a radioactive, anxiety-ridden spider. I can, however, tell you when it first became a noticeable problem for me.

It’s difficult to enjoy parties and meeting new people when the entire situation fills you with dread and discomfort. I spent the first two years of university having people tell me not to be so shy, that I need to come out my shell or that I need to talk more. I didn’t even realise there was anything more than shyness affecting me…until one of my exams.

For the record, I’d never had a problem with exams before. I never understood why people got nervous or anxious before exams in school and university. I still felt that way. It turns out that my subconscious mind was on a very different page and instead, triggered an anxiety attack. Just in case you’re not sure what an anxiety attack is, allow me to walk you through how I felt:

At first I just felt strange. I had a sort of awareness that something felt different in my mind or in my body. It was distracting enough that I hadn’t started writing yet but I didn’t feel any negative emotions or feelings. Of course that was when the nausea started. Initially a minor feeling of an uncomfortable stomach, this soon turned to me feeling incredibly ill. I looked around to see where the nearest bin was in case I had to get up and throw myself towards it. Fighting nausea would have been bad enough but my temperature kept switching from hot to cold, sweating continuously through both. I remember learning through films that deep breaths are the usual approach. For the record, this is NOT true! The more I noticed my erratic breathing and heartrate, the worse they became. I was screaming in my head, begging it to end, trying to convince my mind that everything was ok.

An hour of me praying for a fire alarm to go off or some other excuse for the exam to end early went by before I was able to focus enough to actually start the exam. This happened for pretty much all my exams until halfway through my 3rd year when I finally went to a GP to explain my anxiety attacks. I got propranolol which I took before the exams. Who knew the solution was potentially so simple.

Further yet to fall

I made it through university but my anxiety wasn’t just limited to sitting exams. I couldn’t interact with people and when it comes to getting a job, that’s somewhat essential. I have a lot of skills that I can do well: I can write research reports to the highest standard, I can run data through statistical and analytical software, I’m a fast  learner when it comes to new tasks but speaking to people was just impossible for me. Every time I imagined myself as a waiter or cashier, I would begin to sweat. Something about social interactions just triggers my fight or flight response and I end up feeling absolute dread. I spent a year unemployed, suicidal, living with my parents with no idea how I was going to get on with my life. Little did I know that getting a job was going to be the start of my recovery.

Talking isn’t as easy as it sounds

Only one or two people on this planet know the full extent of my anxiety issues and for how long it’s impacted my life. Those who know the lesser extent of it have asked me why I don’t get help. The truth is I’ve never been able to. The idea of having to explain to someone that I can’t function in very normal and simple situations is something that I’m just not capable of doing. It’s not an ego thing, it’s more like my brain lacks a way to get from A to B: Like the roads between thought and action just aren’t there.

When I was unemployed and living at home, my mother would sometimes ask me to share what was going on in my head. Sometimes she would even say that if I needed help then she would help me get some…inside I was screaming that I did need help, that I wish someone could provide me with a way to unburden myself from all this stress, anxiety, sadness, self-loathing…but I could never bring myself to actually say it.

The turning point in my life

I had been exercising regularly which is something I cannot recommend enough to anyone suffering from anxiety. I found a quiet gym that barely anyone used and that allowed me to go without getting any huge bouts of anxiety. I also began to meditate. The immediate effects for me were always little to none but the longer lasting effects were noticeable. At the very least, it helps train your mind to focus on breathing, which can be a valuable skill to have.

So the job I’d applied for was a stocker. I’d chosen that job with great level of enthusiasm because I figured it would limit my interaction with customers drastically. This turned out to not really be the case. It did, however, teach me a valuable lesson about myself. When I know what I’m doing and can do it well, I don’t feel anxious.

This was a lesson that was about to be repeated over and over again at work. It started with knowing my way around the store, once I got used to that it was searching for things on the computer, and then it was covering another department or even covering the main door. Soon I was getting till-trained. If someone had told me 7 months earlier that I’d be working on a checkout, I’d never have applied. Yes, it was initially something I hated doing. We did have the option of refusing to do it but my anxiety wouldn’t let me confront someone on the matter so I just dragged myself through it. Soon I was doing pretty well and actually enjoyed the role.

This takes me on to my final point about my anxiety. One thing I’d urge everyone with anxiety to do at some stage is push yourself so far out of your comfort zone that you start to worry you might never find your way back.

There were so many parts of the world that I wanted to see but could never bring myself to go to. It just so happened that I had a friend who was travelling around South East Asia. I hadn’t taken any holidays from work yet and I’d been saving up all my money. So I booked a whole month off and went out to Thailand and Cambodia. Feel free to read my before and after blog posts on my trip, especially if you’re thinking about doing something similar.

Everything about this trip scared me. My first day there I almost freaked out and got on the next plane back. On my second, third and even fourth days I almost did the same thing. Thankfully I didn’t because the experience was a hugely positive one. I cannot express enough how beneficial something like that is to your mental health. When I came back, I was excelling and completely comfortable at work. Everything else in my life was starting to improve: I began dating, my socialising was much closer to normal levels, and I embraced new experiences (all be it with anxiety still looming over). Pretty quickly I’d been sent to London and then Paris for work.

Less than 6 months after my trip, I had moved to Pamplona, Spain. I didn’t speak Spanish, I didn’t have a job lined up, I knew only one person and I’d never really had a huge interest in moving to Spain. Yet here I am! There may not be a cure to anxiety but if you want truly help yourself then every once in a while you’ve got to just launch yourself out of your comfort zone! 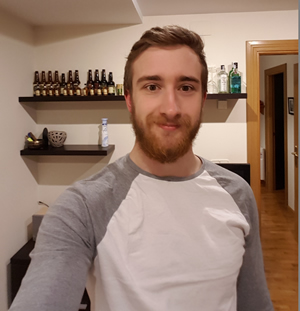 Cameron Madden is a psychology graduate from Scotland who is currently living in Spain. For him, writing is both a job and a hobby! Ranting & Raving: A blog about films, games, politics, theories, questions about consciousness, and everything in-between. You can follow his Twitter here to be kept up to date with blog posts, short story and novel updates and releases!