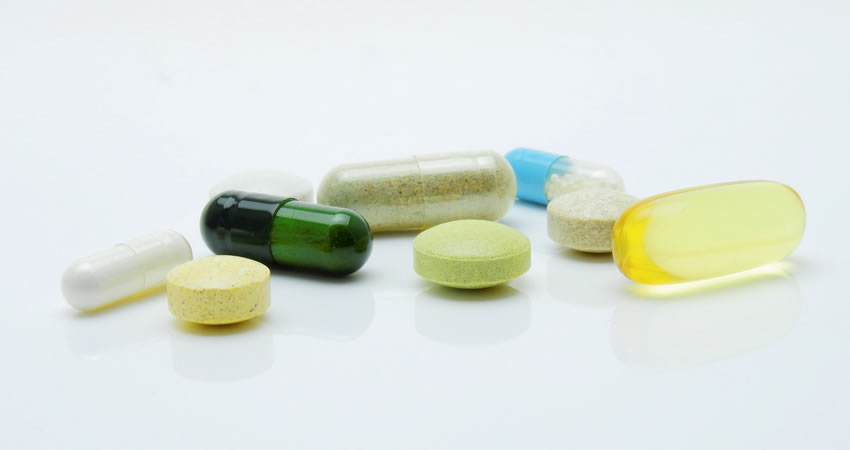 If you came here for an origin story like that, then I’m sorry to disappoint you. I don’t have that.

The Beginning, I Guess

I didn’t suddenly have some earth-shattering realization that I have BPD and severe anxiety. It actually took two misdiagnoses before they even figured out that I suffer from BPD; the anxiety diagnosis didn’t even come until around 2 months ago. To be honest, I didn’t even think I was “that bad” for a long time. The severe depression, the obsessive fear that my friends and family would abandon me, the violent mood swings, those were all just part of my world. I didn’t know that any of it was abnormal.

Then, I wound up in a mental institution. I guess that’s when you can say that I had my wakeup call. That’s about the best place on a map of my life that I can point to and say, “Here. This is where it started to get real.” At the end of my three- or four- day internment at the local psych ward, they “strongly advised” that I go on medication for what we all thought was Major Depressive Disorder. That first stint in the hospital began my journey with mental health medication.

They put me on Celexa (Citalopram) for the depression right after I got out of the hospital. The doctor told me that it’d take a couple weeks for it to take effect and to just continue with business as usual. Nothing really changed after two months. I was still crying almost every day, still felt like nothing was worth it. In October, I went back into the hospital for suicidal ideation.

I’ll be honest and say that I’m not certain what other medications the doctors put me on between my second hospitalization and the end of 2016. Concussions and psychological trauma and God-knows-what-else have erased that knowledge from my brain. I do know that, whatever it was, didn’t work. Around the time I graduated high school, I was starting to get more hopeless and cynical about anything ever helping me. I started to believe that no amount of therapy, medication, or hospitalization could help me fix what was wrong with me. Honestly, I was afraid that I would never not want to die.

I won’t say it all finally changed around July of 2016, but that is when it started to at least get better.

It only took three hospitalization and about two or three misdiagnoses (first Major Depression Disorder, then Bipolar II) for the doctor to finally figure out what was wrong with my brain. I found out in either late summer or early fall of 2016 that I had Borderline Personality Disorder (BPD) and the doctor immediately put me on Lamotrigine (Lamictal). I started out on I think 50mg per day and am now up to 200mg daily.

The medication started to help not long after I took it. The mood swings weren’t as violent and destructive as they had been. It didn’t do as much regarding the whole “debilitating fear of abandonment” thing, but that’s more of an ongoing therapy issue than a medication thing. To be honest with you, if there were any side effects to the Lamotrigine, I don’t remember them. It’s been so long since I started taking it that all I can really remember is that it did start helping with the mood swings.

For three years, I thought everything was fine. I still had trouble with the regular abandonment issues and other amazing Borderline symptoms, but they weren’t as crippling as they were. I mean, yeah, I had panic attacks almost every day and my heartrate was almost constantly above 100 just because my mind was always racing with horrible scenarios. And sure, I was constantly panic-stricken to the point where I would crawl under my bed and be unable to move, immobilized by overwhelming fear. But I mean, that was all normal, right?

My friends, apparently that is not all “normal”.

At the behest of my therapist, my mom, and two of my best friends, I finally went to the doctor to see if we could do anything about the constant anxiety. On the first day of this current semester, I sought help from the student health center. I was shaking the entire time and am honestly not certain how I kept myself from bursting into tears anytime she asked me a question. Somehow, I kept it together and she ended up prescribing an SSRI known as Paxil (Paroxetine).

As of the time I’m writing this, it’s been almost a full two months since I started the Paxil. The first few days were a bit brutal. I had the usual side effects of headaches and nausea, but those went away after maybe the first week. Something that didn’t go away, however, is the exhaustion. I get around seven hours of sleep every night, but after about three or four hours into the day I usually get so tired I can barely function. The doctor said that’s normal, it is basically a sedative after all. I can’t deny that it has been extremely effective for my anxiety, but I also can’t deny that being on a sedative while also being a full-time college student is way harder than I thought it would be.

I was walking to the dining hall after one of my classes when I realized that I felt different. By “different” I mean I hadn’t had a full-blown panic attack in about three weeks. I mean that I wasn’t frozen in fear under my bed, staring out at the concrete wall in front of me as my mind wreaked havoc on me by feeding me impossible scenarios of horror and destruction. It wasn’t gone, but it wasn’t controlling me anymore. The best way I can really describe it is like I was underwater and staring up at what my anxiety was. I was still aware of it and if I reached and pulled myself out of the water it would go right back to how it was. But in the moment, I was able to just sit and observe everything that I had held as “normal” for the past 20 years without it being able to wholly affect me anymore.

Upon reflection, it really is almost unsettling just how much I had put up with regarding anxiety because I thought it was just natural. I could sit here and tell you about how much I remember about my anxiety affecting my childhood, but I’m almost at my word count and honestly don’t have time to write that book right now. What I can tell you is that now I don’t have constant panic attacks. My heart isn’t constantly pounding in my chest at the thought of literally any and everything. It doesn’t mean that I don’t still get anxious about things, there’s still plenty of anxiety that I’m working through with my therapist. It just means that I, for once, don’t constantly feel like my brain is dragging me along a road of fear and suffering.

Mental illness can be scary. Facing it and finally admitting that something is wrong is usually even more terrifying. The constant balancing act of medications and dosages and therapy appointments is honestly exhausting. If you’re like me and refuse to even take ibuprofen for a headache, then the prospect of having to take a pill or three every day for the rest of your life is probably downright dreadful and anxiety-inducing. But, finally being able to experience a day without having to find a place in the student union where I could hide and rock back and forth during an anxiety attack makes it worth it. Not feeling like I need to hold my breath every time my mom doesn’t text me back right away because I start thinking she’s in danger is worth it. Not panicking in the middle of a class and having to grip onto the table to keep myself from running out of the room is worth it.

Feeling better is worth it.

Mal Daniels is a full-time English undergraduate student with a passion for writing, weightlifting, video games, and therapy. When not trying to meet homework due dates, Mal is either in the gym lifting heavy or attempting to write angsty poetry.