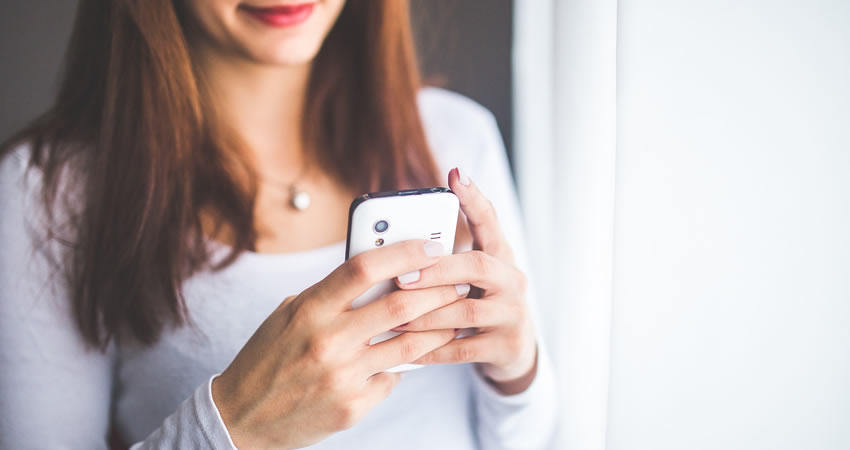 It’s the fizzle that entices. The fizzle of a bottle rocket, of a poppy, of a peck. It keeps the seams from trickling away. The petals from withering. The teeth from rotting. Wandering too close to the edge eases my mind like the aroma of peppermint.

And that’s how it is with borderline personality disorder and me. I am bound to its indecencies and indelicacies. Not many talk about it, but the driven-to-the-edge complex is severe. I’ve been called a drama queen and a tragedy magnet, as well as an attention addict.

I may be all these things and more, but that doesn’t give people the right to judge me based off them. When drama swoops my way, I’m the one thrown under the bus, because BPD has made me an easy target. It’s easy to fault the deranged woman when she’s already known as catastrophe and calamity. Unfortunately for me, I like the attention. I like the drama. I hate myself for it, but I do. Attention-seeking isn’t exactly a widely discussed symptom. But it is there, and it is true. If it is spoken of, it’s spoken of in tallies—how many people I’ve slept with, how many hearts I’ve broken, how many bars I’ve been to in the last week, how many couples I’ve ruined the lives of. My therapist thinks my BPD started after a trauma featured in my life during adolescence. But I believe I’ve had it my whole life.

When I was fourteen years of age, my family and I had just moved to a new state. My father was a music pastor seeking the right church for us, so we moved from state-to-state, from church-to-church.

At church, they held a four-day trip in another town three hours away, as a sort of summer camp for the youth. My sisters and I went together. One day, I decided to check out the games room. They had air hockey, pool, and video games on a television to play. I walked towards the air hockey table when I noticed a boy in silver-rimmed glasses was standing there. He invited me to join him, and I accepted. We played for at least an hour, giggling like hyenas along the way. I remember laughing so much that my gut was wavering like a current in river rapids.

To our misfortune, it was the very last night of camp. I thought I’d never see him again. You know, the whole teenage theatrics, along with a wildly obsessed borderline. We parted and didn’t even entitle ourselves to a proper goodbye.

After camp had ended and everyone had gone home, I texted my friend, asking her for the boy’s phone number. She was friends with practically everybody she met at camp, and I had suspected she’d met him. So, she gifted me his number and I immediately texted him, my schoolgirl crush illuminating in my path. He responded within the same minute, and I could feel every hair on my body springing up like unsuspecting tulips.

We hit it off, but I would soon learn that this wasn’t just a crush for either of us. We never met in person again; we solely spoke through the phone, mainly through text. Every day, every single abysmal day was an ongoing treacherous battle for his attention. At least, that’s how I felt it was at the time. The day or week would start with “I love you” and end with “I hate you”. We were just kids. It shouldn’t have been such a colossal problem. But it was. It sent me into a deep, dark pit of grotesque sorrow each time we fought. Sometimes it lasted weeks. Sometimes it would last a month.

I’d always find new ways to make him feel horrid about himself, even for just a fraction of a heartbeat. I enjoyed having that power over him. I enjoyed that he never broke up with me over it, and yet I broke up with him practically every other weekend; and it was usually for something small and silly, such as forgetting to say, “you’re welcome” when I would say, “thank you”. Every time he said something that pissed me off, I left a nice, little laceration mark along my thigh. This went on for one and a half years.

One time, when I was on the verge of breaking his fragile, little heart one more time, he told me he would kill himself if I broke up with him again. But I did it anyway. I didn’t believe him. Or maybe a part of me did. Maybe I liked knowing I’d be the cause of another person’s life ending. Maybe I liked thinking about the attention that would grant me.

So, he left. Gone, for a month. I called and texted him, messaging him on social media as well, because I missed him and needed his affection, but nothing was returned. I was so young, I began to believe that he had seriously hurt himself, or worse.

In the coming month, he messaged me. He acted as though nothing had happened. I was in fear for his life, and he was trying to make small talk. I was infuriated. For a while. But then, things went on as usual. You know, we’d break-up and make-up. That was our “usual”.

Arbitrarily, he just…left. Stopped talking to me altogether. Disconnected his phone number. Unfriended me on social media. Upon searching for him, I saw that his profile picture had changed. I peered closer to reveal that it was of him and another young lady lying in a hospital bed, cradling a newborn baby.

Every bad thought entered my mind at the same instant.

He had cheated on me. He hadn’t just cheated—he’d had sex. We had never even kissed one another, let alone another person. At least, that’s what he told me.

He was mine, I thought. But…he wasn’t. He probably never was.

He wasn’t a bad guy. He never broke up with me. He was always sweet. And kind. And gentle. He confided his secrets in me. We had a nice time, in our first greeting. What had happened between then and our first text? How did I let it go so…wrong?

Maybe he needed a break from me. Maybe he never even liked me. Maybe he cheated because he wanted real affection instead of another lecture. Maybe he never believed I loved him. I mean, I never believed it, either. I knew of my age. I knew those of my age dwelled too often. I knew what was done in retrospect.
Maybe my BPD was so engraved in me, that I couldn’t see past his mistakes. Maybe I thought everything he did was a mistake. Maybe I couldn’t help myself. Maybe I never cared for him. Maybe I never wanted him. Maybe I just wanted to be loved in a very, very specific way, and he could just never do that for me. Maybe he did, but I was too blind to see it. Or, maybe my being borderline was just too much for him. I usually am—too much for another person. I love too quickly, I bleed too often, I hate too passionately.

Beautiful Mess That You Are

I’m a mess. A beautiful, audacious, underrated mess. But that’s okay. I may not know how to love myself just yet, but at least I’m trying. That’s more than most people can say. I don’t want to settle for being content. I want to want things. I don’t want to just be. I want to be loved.

This may sound like a silly teenage romance. But that’s just it—that’s my entire life. I’m twenty-one years young. At this age, I’m expected to drive myself to and from places, including college. But I don’t, and I can’t. In a couple years, my hormones are supposed to fall into order. But they won’t. My disorder keeps me from aging emotionally at the speed of everybody else. I’m probably going to be fourteen until I’m thirty.

My having borderline personality disorder hinders my lifestyle. But I don’t let it define me. I am not my BPD. I am not my depression. I am Jordan. I may not know who that is just yet, but I know I don’t have to have it all figured out right now. Loving too deeply is okay. Needing attention like it’s a drug is fine. Being a drama queen is alright. Even hating yourself for it is okay. You’ve just got to find the right pace, because sometimes, as a borderline, life just can’t keep up with you, and you just can’t keep up with it.

Jordan Raines is an aspiring author of novels and poetry, actress of the theatre, and artist of macabre pieces in digital and photographic form.