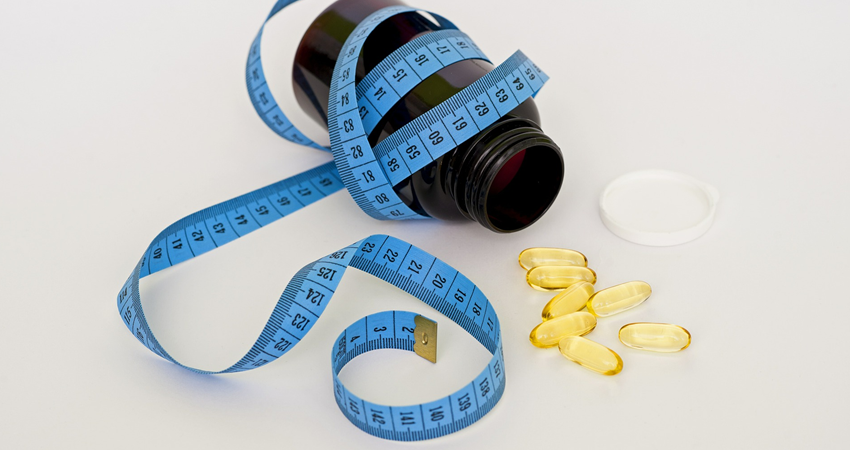 My struggle with bulimia began when I was in med school. Everybody was losing weight except for me.

At first, I only gained a pound or two here and there. Then at the onset of our third year, I gained 14 pounds in three months. That’s more than one pound every week!

That’s when the jokes and the teasing became relentless and increasingly hurtful. It got so bad that I hardly left my room. I even skipped some classes a few times to avoid mean classmates.

The only other place I went to was the grocery store. I stocked up on food so that I didn’t have to go out for dinner or for the chips and chocolate bars I needed when I studied. I was in med school, so we were studying hundreds of pages every day.

The problem was that having so much food gave me an opportunity to, well, eat. Sometimes, it was like I went into a trance. When I snapped out of it, there would be empty bags of chips and chocolate wrappers on the floor. So, I talked myself out of buying junk food.

However, the first time I bought ‘healthy food,’ I finished two whole cartons of milk and a large bag of muesli that was supposed to last me a week. Realizing what had happened, I started bawling. I cried so hard that I vomited.

That became a grand moment of realization. I suddenly remembered that supermodels got thin because they threw up everything they ate. I wanted to be supermodel-thin so that’s what I did.

It was difficult at first because the mouth automatically rejects objects that will induce it to vomit. But I soon got the hang of it. I even found a way to use cooked noodles instead of my hand so that I wouldn’t have teeth marks on my knuckles, a very clear bulimia give-away.

My only problem was finding places to vomit. I couldn’t use the dorm facilities all the time because somebody would eventually catch me. I was also afraid our drains would clog. Plus throw up smelled bad and I had to use those facilities.

So, I only ate large meals in the evenings and then drove around to find a place I could empty my stomach. I drove as far as two towns over looking for unsuspecting public toilets and even meadows. It sounds disgusting now but when I did it then, I felt like a spy out on a mission. It was exhilarating!

Too sexy it hurts

What was more exhilarating was when the pounds started melting away. After a few short weeks, I could fit into some of my freshman clothes again.

And remember the mean classmate who made me skip classes? He asked me out. I turned him down. Then I went to my favorite pizza place to celebrate by gobbling up a whole 16-inch hand-tossed delicacy. Then I threw up at a gas station nearby. The manager looked at me funny. I had been there a couple of times.

Soon my weight reached a plateau. I weighed much less but I wanted to lose more. I still had in my mind an image of that supermodel who had my face.

I turned to laxatives, but their effects were still too slow. And then I made a discovery that would change my life… for the worst: Brazilian diet pills.

You see those dubious ads that pop up while you’re browsing? I, a medical student, was taken in! But let me tell you something: Those pills really work! I almost never had to throw up anymore. Almost. After all, I wanted to be very thin. If throwing up worked and the Brazilian pills also worked, my thinking was that doing them together would make me lose more weight faster.

Soon, I was popping those diet pills like M&Ms. I was asking my folks for money for imaginary school needs and I was selling a lot of my things. New clothes that I had purchased when I had begun losing weight. Furniture.

I even sold the necklace my Nana gave me just before she died. Just so I could buy more pills.

I was out of control. Partly because the pills wouldn’t let me sleep. And it was during this time that my actions finally took its toll on my grades. For the first time in my life, I flunked my exams. In fact, I flunked all of my midterm exams. But I didn’t care. I was thin, and I was happy. Or was I? Every time I felt a doubt, I popped more pills.

End of the line

Finally, my body just couldn’t take it anymore. So, it shut down. In the fitting room of a boutique in the mall, while I was buying clothes that I had every intention of returning after one use, I collapsed.

When I woke up two days later, my parents were in my hospital room. My mother’s eyes were swollen, and my dad was clenching his jaw, clearly holding back a lecture.

And before I could conjure an excuse, my dad outlined my rehab schedule where I was to be treated for my bulimia and my addiction to diet pills.

This time, the discovery of the Brazilian pills was genuinely fortuitous. If they just found them in my bag, it would’ve seemed like I was selling them. However, I had them in the pocket of my jeans plus a couple more in my stomach. That proved to the doctors that I was an addict. And that was why they recommended I undergo dual diagnosis treatment.

At the end of the day that was a good thing. Otherwise, I might have just been treated for the bulimia and it’s possible that I would’ve had to experience the hellish first few days of rehab twice because co-occurring conditions usually recur when they’re not both treated at the same time. This is because the medication can sometimes cancel out each other.

In any case, that was three years ago. Now, I had just moved out of my parents house and have my own place in Detroit.

The new apartment is a little bit shabby, but I don’t mind. I also don’t mind that my jeans are a bit tighter and that I have a bit of flab on my arms. I look in the mirror and I like what I see. I also like having a bowl of ice cream and not feel guilty. Not even when I sometimes want a second bowl.

It was a hard journey overcoming two conditions. And there are many times when I can’t believe I actually did it. But then I remember where I am, and I’m just so grateful. My journey has not been easy. And I can’t even say that I’ve reached the end. But I will take on the challenge and live — truly live — my life one wonderful day at a time.