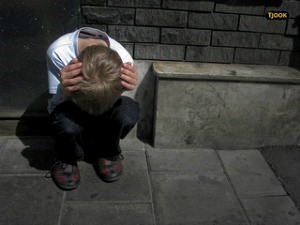 Make the most of the awful things that happen to you. This is good advice. Unfortunately, it happens that we spend a long time self-commiserating. Why did it happen to us? This is to waste time and to lack respect toward ourselves. I know that a lot of people indulge in self-commiseration, but this isn’t a good thing to do if you suffer from depression.

I played this masochistic game of self-commiseration for a while. Later, I stopped playing it and I decided that I wanted to know.

The end of the story is that now I make my small contribution to solve the serious problem of depression in teenagers.

They are the true victims of our society’s insanity.

I had just graduated. My first depression announced itself by making me unable to sleep for a few days in a row.

Was it the intense effort required to graduate that made me depressed? No, what happens to us is never a cause of depression.

I was medicated, but drugs simply work on the symptoms, they don’t really get to the roots of the problem.

Depression is real suffering and it’s a message. I didn’t listen to the message then. I took my drugs and kept going.

Later, I had a second episode of depression. But this time I wanted to know. I wanted to understand. And I was feeling brave enough to listen to my depression’s message.Is it any use to describe in great detail your depressed feelings? No, it isn’t. When we are depressed, it’s hard to see things objectively. Everything is black and bigger than it really is.

Looking at the negative feelings we have when we are depressed is like watching a bacterium through an electronic microscope. It looks as big as a dirigible, but it’s not.

It’s better to focus on the way out than to give much importance to the distorted perceptions we have when we are depressed.

After this second episode of depression, I wanted to know. I began to read as many books as possible about psychology. And also philosophy, self-help and whatever. I wanted to solve the problem, not only the symptoms.

Eventually, you have to become your own psychologist, but until you are there, many psychologists can help you. I’m thinking of Erich Fromm, A.S. Neill, C.G. Jung, J. Krishnamurti, and Carl Rogers.

Other psychologists do more harm than good. You have to trust your instinct to choose the right psychologist for you.

Since I’m concerned about depressed teenagers, my thoughts go instantly to those psychologists who give drugs to teenagers who are hyperactive and don’t pay attention. It’s the ultimate form of violence by a society unable to accept us as we are and busy manipulating us for the selfish purposes of someone else.

What to say to depressed teenagers

First: please, don’t let a profoundly sick society manipulate you. Society should humbly beg your pardon for the psychological violence it inflicts on you.

Society should learn from depressed teenagers. I know that it’s commonly believed that children have only to learn and can’t teach anything to adults. The latter have all the answers. Instead, children have a lot to teach a rotten society. They are still pure. At least before we make them impure, they can teach us.

Second: refuse society’s morals. They are actually immoral because they serve the selfish interests of others.

Third: trust yourself and love what you can do and what you like. Even in a sick society you can express your creativity instead of becoming a cog in the production machine. It’s hard, but it can still be done.

Fourth: regain the spontaneity that has been taken away from you. Don’t throw away your humanity as you are pressured to do.

Fifth: become the leader of your life. Don’t let anybody use you for their selfish purposes.

Depression is a gift if you listen to its message.

While a lot of people live their lives as robots, a few suspect that there is something wrong with this. They suffer from the conflict between the pressure to conform and their suspicion that this conformity is far from sane.

If you are depressed, you definitely have to trust your suspicions, not society. Society needs complete rethinking. Thinking is done by humans. Let’s do it. Let’s trust ourselves to do it.

Guest post by Denny Dew. Visit his site Depression Teens Help to learn more about depression in teenagers and its causes, symptoms and treatments.