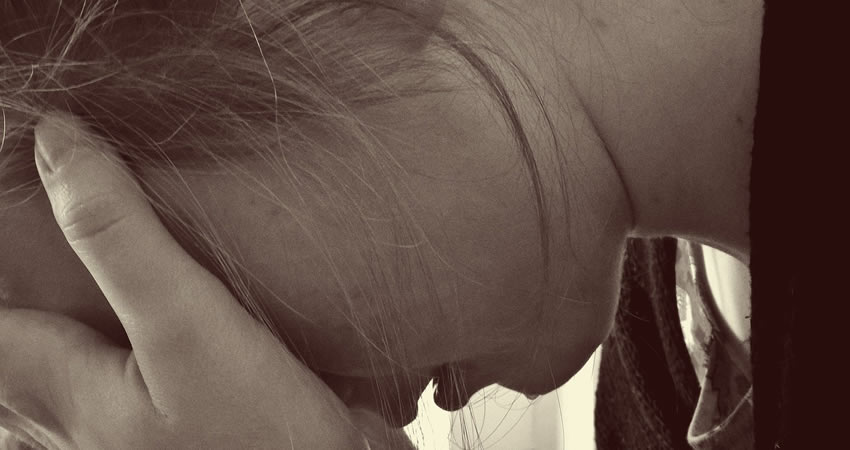 From the beginning of my depression, I felt ashamed. I was at a large university, it was my third year there, and I was drowning in my mind’s dark quicksand. I always knew that depression wasn’t something to be ashamed of, but I convinced myself that my depression was less valid by virtue of it being mine. I was ashamed when I first started therapy, I was ashamed when I started taking medication, and I was ashamed every single time I did something to hide my self-harm. I constantly told myself that I wasn’t trying hard enough and that I was being lazy and ungrateful. Telling people that I was struggling felt shameful because it seemed like I should be able to deal with it alone.

I hope that I don’t need to tell you that mental illness is not something that you should have to deal with alone. In fact, being ashamed of my depression kept me in a cycle of pain, and it wasn’t until I started to be honest—first with myself, then with others—that I found some acceptance and comfort.

One of my deepest shames was my battle with self-harm. I struggled to talk about it in therapy, I worried about it constantly, and I hid it from those around me. When I finally opened up to my mother, she told me that she had suspected it. We had been orbiting the issue separately, each wrapped in our own fears and uncertainty. When we came together and talked about it, I found that my shame was dramatically reduced. Shame grows in secrecy, so saying it out loud gives you a chance to find that others will judge you far less than you fear they might. Of course, there are those who react badly to hearing about mental illness, but they are often misinformed. Finding someone who’s supportive can make you feel connected and much less alone.

When I graduated and moved back home, I was ready to make my mental health a priority. I continued to try to find a medication that worked for me, I went to therapy every week, and I started a part-time job to keep me busy. Initially, I felt like I was moving in the right direction, but under the surface, my suicidal thoughts were worsening. Much like my self-harm, talking about my suicidal thoughts was incredibly difficult. Slowly, I worked on it; I had to force myself to say the word “suicide” out loud with my psychiatric nurse practitioner, and I had to push myself to be upfront about it with my therapist. After a steady decline, in crisis, I was admitted to inpatient treatment, one of the hardest things I’ve ever done. But, had I still been isolated by shame, I might not have gotten on the road to recovery that I’m on now. Being hospitalized likely saved my life, and it happened because I was honest.

Finally, I’ve found something that works for me. I now get IV ketamine infusions every few weeks in addition to my regular medications. I avoided this treatment for a long time, intimidated by the implications of it. By agreeing to do it, I had to admit that other treatments weren’t enough. Coming to terms with the reality of severe major depressive disorder inherently removed some of my control over my mind. By letting go of the belief that I could fix myself if I simply tried harder or did more, I had to admit that depression had a hold on me all its own. This scares me, but also frees me from having to carry my illness in the guise of mistakes and failures.

After years of dealing with treatment-resistant major depressive disorder, I’ve made significant progress in accepting that it isn’t my fault. My mantra has become “symptoms, not character flaws”. The symptoms of your depression are just that: symptoms. They don’t affect who you are as a person, and they certainly don’t reflect any personal shortcomings. All we can do is fight it every day in healthy ways and remind ourselves that we are not our disorders.

Genevieve Brown is an editor and freelance writer in Boulder, Colorado. For fun, she writes about her experiences with major depressive disorder and sensory processing disorder on her blog, Love, Your Brain.