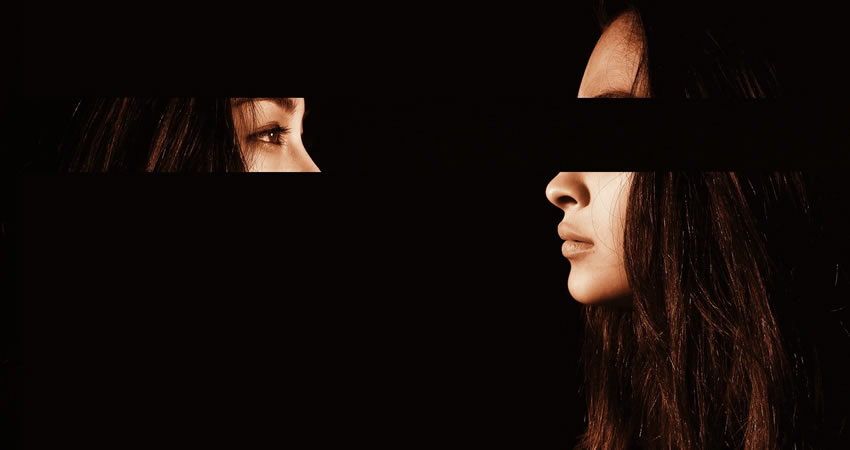 I’m a mental health nomad, currently diagnosed with Dissociative Identity Disorder. But over the years this has conjoined with borderline personality disorder, anorexia, chronic depression, self-harm, anxiety and addiction.

I am surviving by taking a concoction of antidepressants, anti-anxiety meds and antipsychotics. I have been in private therapy for 8 years as well as been under several clinics and services ran by the UK’s national health system. Self-harm has left me with deep scars on my thigh, my arms and my stomach.

Alcohol is a fearful issue, one that moulds itself into dark, harmful monsters. Some would say I’m addicted to it; I say I’m fascinated by it. Painkillers leave me blind, as I cannot see the damage they have done within. They have allowed me to overdose, resulting in over a dozen trips to A&E in the back of an ambulance or for an overnight stay.

I lay behind the walls, the locked doors and the barred windows, pulling a blade from the inside of a moisturiser bottle, with the intent to hurt myself, see the blood, feel the burn. The alarm would sound, and I would wish that I was dead.

This is what has happened to me; it will not be happening to me anymore.

I admit that I do a lot of weird things both alone and in public. Alone however, I tend to talk to myself as if I’m having a conversation with another person. I have done this all of my life, so it only seems natural. I talk with my alters; Mike and Vic, sometimes Jay and Willow too. It has been a rough ride for all of us, but without them, I would feel lost, alone and incomplete. I never really knew who they were or why I could talk to these other people that only I could hear. Health professionals dismissed me and told me that what I described was something completely different. Therefore, I hid my truth from them. I didn’t want to be rejected or judged anymore. Because of this, we hid, some of us grouped together, supported one another and showed love. One of us took control and led us to dark, dark places.

It’s dark and grey clouds follow me around. I feel possessed because my mind numbs out. All of my thoughts suddenly stop dead and any emotion I’m feeling freezes.

Mike is my protector; and because in early therapy Mike wasn’t treated as an alter, but more as an entity, formless, a spirit almost, my dissociative identity disorder was never diagnosed.

As years have gone on, I have become accustomed to his ways, how he makes me feel, and I recognise the symptoms of when I’m falling deeper into despair. Mike would tell me that he wants to keep me safe, that he is the only thing that can keep me alive, so I believed him because I didn’t know who else to turn to.

When things happened in my life and I didn’t know how to deal with them, when I didn’t understand why I felt a certain way or why certain events were happening to me, Mike swooped in and helped me to cope. And once I allowed him to take the reins, I would lose my way. It’s bizarre how I didn’t recognise myself when I fell into Mike’s arms. I believed that everything he told me was the best way forward, but once I was back as just me, my rationale cleared. I would think, “how could I believe that taking an overdose of painkillers would comfort me?” My eating disorder, self-harm, addiction, even depression were all coping mechanisms. I needed control over my thoughts and feelings. As Mike was so strong, he told me these techniques were the best. Once he had a taste, he was hooked, and he buried Rachel deeper into his pocket. I was brainwashed and I believed that this was the only way I could let out my pain. It gave me a release, a moment to breathe, so in desperation I took it, time and time again because it helped me. I would look into the mirror and I didn’t know who I was staring back at, I didn’t recognise the face, the freckles, the eyes. I had no idea who this girl was.

I met Vic when I was 14 and she spoke to me whilst I lay in bed one night, crying myself to sleep because I was so afraid to go to school the next day. All of a sudden, a hand gently stroked my face, a comforting tone came out of my mouth and she gently soothed me. She was kind and I wasn’t afraid of this random female voice that I could suddenly hear because I felt safe and even though I had never met this woman, I felt love radiate from her.

Fourteen years later and I see Vic as my adopted mother. She is my guidance when I feel overwhelmed, a warm hug and my first aid kit when I relapse.

After finding a therapist that really listened to me, empathised with me and actually cared enough to deeply understand me, it all made sense. She diagnosed me in the first session and as I began to trust her, my alters made themselves known, some more abruptly than others. Even though, we have all had arguments with one another, bickered and taken full control, making us do things to hurt ourselves and those around us, we have all become a family. A very dysfunctional family, but my alters have allowed me to gain real, truthful insight into how we work, what we think, feel and it might sound strange, but I hope to never lose them because even though we are one, they are my people, my salvation and without them, I as Rachel cannot move forward and live the life that god gave me. 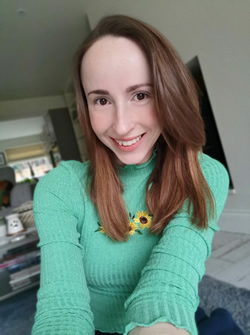 Rachel Lyon is the creator of personal development website ‘Life’s Apprentice’, a mental health advocate and an ever-growing spirit. I write this piece to show how mental illness comes in all forms and that your experience is valid, no matter what.