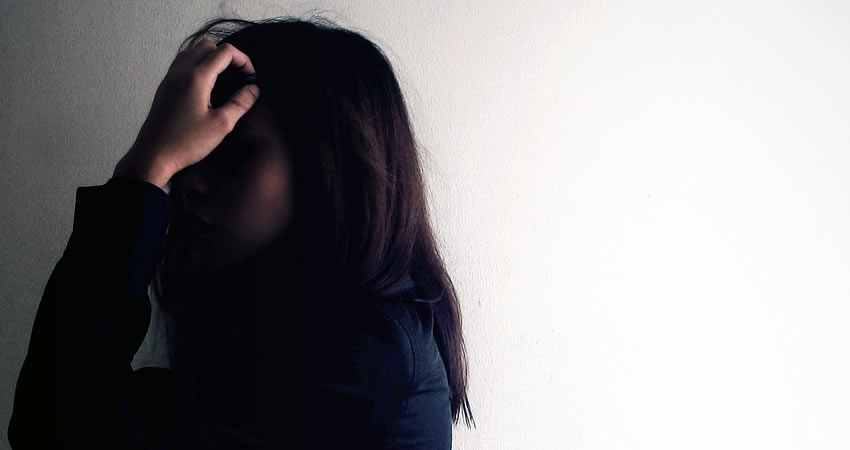 Do you remember the first time that I let you reach close to rock bottom? Twelve years ago was it? I let you run away from everything; let you escape from the demons that had started swirling around you although you had no clue that they were really there. I abandoned you when you truly needed me.

I remember laughing when you were diagnosed as Clinically Depressed, thinking that together, we had managed to fool everyone into giving us an easy way out. We would soon be back in our comfort zone, away from having to strive towards any type of success. This would be just the thing you needed – an excuse to get away with not being that focused, goal-oriented individual everyone wanted you to be. All the stress and problems would just…melt away with an excuse to get back into life when you felt like it.

How wrong I was. The world did not understand the situation the way you did – and the stigma that often accompanies mental illness was released in full force against you. It also turned out that you really were Clinically Depressed after all. The convenient excuse to use on the form at the registration office for why you were leaving the school, had become all too real. The therapy you were being forced to go to was real. The pills that made you sick and made you feel like nothing on a daily basis, were also real. The monsters that we originally did not realize were really there were indeed real.

I am sorry that I let you down that year and let you quit on life and on yourself. I refused to let you believe that treatment was necessary and convinced you that between us we could do it all on our own. I rejected all forms of treatment due to a lack of medical confidentiality by my therapist and then, more pertinently, self-importance and insane-belief that it was all over.

There was no way that you would be one of the “crazy ones”. I would not let it happen if it killed you.

And kill you it almost did. Do you remember the night you spent on the cold concrete floor in the overgrown playground, willing the ants to bite you just so that you could feel something other than the insanity? Remember hiding from those who were worried and searching for you in the middle of the night? Remember ignoring them calling for you with pain in their voices? I made you believe that you were the one who was truly in pain, even though physical pain would have been better than the deep, all-encompassing misery that threatened to rip out your insides and settle onto your psyche. Even though you were causing others more pain than you could ever imagine you could.

It wasn’t the last time that you were reduced to a quivering mess by your monsters. A few months later, you lay in your unmade bed in your new one bedroom apartment, back in Toronto, all alone, crying and praying all night. That’s when God decided that it was time to send help – maybe because you needed it, maybe because He was fed up with you ruining every opportunity He had sent your way.

He sent that angel from heaven that you prayed for earnestly. Gone was the therapy, the medication was refused, but you had someone who would put up with the tantrums, wipe away the tears, hold you when you were rocking on the floor hugging your knees to your chest and haul you back into the realm of sanity when needed all without any request of an explanation.

At least, I thought it did.

Then he had to leave. Temporarily, but for a long time. And although you thought you could handle it, I let you down once more.

Just when you thought that the demons were gone, they awoke from their hibernation. They had been waiting for you to be vulnerable again, waiting for me to let my guard down, checking every once in a while, they were more than over-joyed to see us so weak. Strengthened from their long rest, they attacked more aggressively and violently than before, rendering you almost helpless.

That’s when I let you down again. I didn’t fight for you. I let them overcome you, and when the psychiatrist gave you the bad news, that the demons had multiplied into Dysthymia, Major Depression, Agoraphobia and Anxiety Disorder, I ignored you and let the demons reign and run rampant. For two months I ignored you and refused to fight. I ran away, preferring to believe that it were not true than to face the truth. I was a coward, once more. If the psychiatrist had not called and pushed you to get a prescription you’d probably have starved yourself lying on the rug, staring at Food Network re-runs. All because I refused to let you do anything else.

Yes, I saw you; but I was scared. So terrified of what was happening that I gave up on us both.

I saw you fighting the pain, but refused to help for fear of losing myself and for that I’m sorry. I let you get lower than you’ve ever felt. I let you feel guilty for letting this happen again after so many years. I let you beat yourself up daily until it made you so sick that it is a miracle you were able to find a way out. I have to admit I did not think you had the strength, because I didn’t, and I apologize for believing you to be as weak as I.

You struggled, but you survived. You found your way to a place of acceptance and chose to face the monsters head-on. You are much braver than I. As much as you hated the pills, you found alternative ones and they helped by bringing you to a place where you could accept help and challenge the monsters to daily duels. You discovered that therapy could indeed be helpful by helping you to pinpoint the monster’s sustenance and aiding you in removing their fuel.

You opened yourself to the possibility that you could live with the monsters, but keep them in the background of your psyche, questioning every word they whispered against your success. You examined your life to see what was attracting these monsters to you – in the end you found out that you care too much what society thinks of you and realized that you could not see through the fog everyone else was creating to see what you truly wanted; to see what you were truly proud of. You realized that you had an unrealistic view of you being perfect and that the critic, perfectionist and victim within you were running rampant and needed to be reigned in. You realized that you have to make decisions on your own prerogative, rather than what your parents, society or your colleagues have to say.

You saw your options.

You saw doors, long dusty and cobwebbed that had always been there; still wide open for you. You found a possible way out and found your strength and held on to it, fighting to survive. You are starting to envision a new life, a new path – one that makes and keeps YOU content. You have written yourself a new destiny and hung it from a pole in front of your face so that you are always walking towards it – all on your own, with no help from me.

I am so proud of you.

You have prevailed despite all the pitfalls that face us, all the negativity surrounding us and all the monsters haunting us. Yes, I admit that every once in a while I have seen you falter, but you always pick yourself up and that in itself amazes me. You have a determination that I have never seen before, one I would not have ever admitted was within you until now.

You are in charge and you are the one who makes the choices for your life.

Someone you used to be.