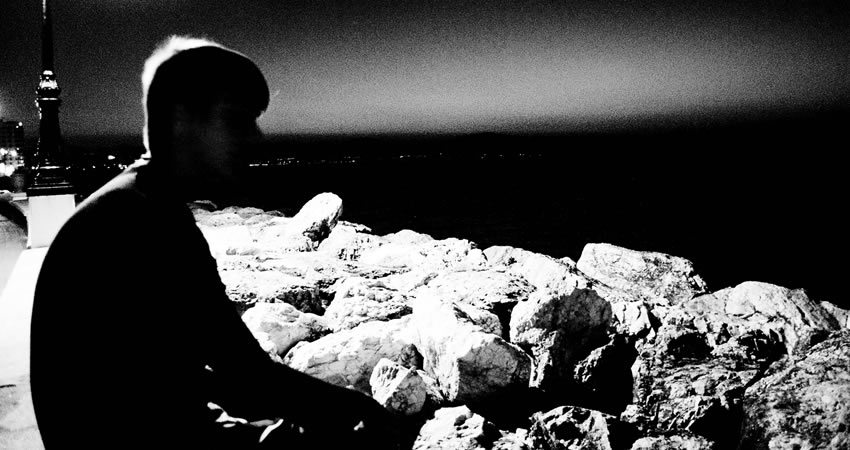 This is my third attempt at writing something. The first attempt, I went the autobiographical route – too long. The second attempt was going in a better direction, but it felt trite. Fact is nothing feels right. Nothing’s felt right for a very long time.

I’ve lived with depression for 19 years; my anxiety disorder was diagnosed 5 years ago.

I was hospitalised in April 1999 for my first suicide attempt, and then three more times over a 3-month period in 2012 for suicidal ideations. Following those hospitalisations, I attended an outpatient day program for a month. It took another two years to find regular counselling I could afford. Finding a decent psychiatrist to monitor my meds is ongoing.

In the past five years, I’ve gone through a separation and custody battle, faced bankruptcy, eviction, been on social assistance and more.

I take medication daily. I can’t sleep without a sleep aid; I’ve had occasions where I’ve woken up having an anxiety attack. Some counsellors have suggested I may be suffering from some form of trauma although it hasn’t been definitively diagnosed.

The last year has been spent fighting for long-term disability, to no avail.

I’ve come to understand that I was deeply emotionally abused by my ex, but I blamed myself for it for a long time.

Currently, I’m living at home with my parents in North Bay. The last 16 years were spent in Ottawa, where my children are; I get to see them about once a month.

Depression has ravaged my life in ways I’m still coming to terms with and starting to understand. The person I always believed I was is gone. I was trusting, loving, embraced life, sought out human interaction and connection. Nowadays I’m scared of people, crowds are exhausting and I relish my alone time.

Relationships with friends and family have been damaged, some irreparably. Much as people say they’re there to support me, I’ve gone through most of this alone. I’ve had many many times when I reached out only to receive silence. I’m firmly convinced I’ve probably pushed many away, or they’ve just become fed up with me and walked away.

There are moments, flashes when I feel like my old self. They are few and far between. I spend a lot of time faking it so people won’t know, even though it feels like I’m dying inside. Most days my thoughts are filled with suicide, how everyone would be better off without me, it would end this constant dull pain. I’ve had to teach myself to not give those thoughts any power over me, to recognize that it’s the disease talking, not me.

Regardless, I don’t like myself. I’m a songwriter who hasn’t been able to write a song in 8-9 years because everything I’ve tried to write just plain sucked, didn’t measure up to things I wrote 20 years ago.

I work on the assumption that most people think I’m a bit of an asshole. My life is such a giant red flag no woman would ever be interested in me.

It’s not just the depression, but it’s not all in my head either

There are many external factors that have contributed to my depression and anxiety. The exigencies of child support crippled me financially. The ongoing legal battle to settle the child support and custody issues has been acrimonious and draining.

My work place was full of triggers, some incidences of harassment and a lot of hostile personalities. Between 2012-2016, I think I only ever did 4 full work weeks; otherwise I missed at least one day/week.

As I mentioned earlier I was evicted from my home last year. I’m in arrears on child support, income taxes and rent to my previous landlord.

The future doesn’t look all that bright right now.

The last 3 days I haven’t wanted to get out of bed, didn’t want to leave the house or really talk to anyone. Nothing specific has happened to cause this. I had a more socially active weekend than usual; that explains the hiding part. Too much interaction with people, especially a concentrated group of people exhausts me. I really need to gear myself up if I know I’ll be dealing with people, going to a busy bar or playing a gig. I usually need 2-3 days to recover.

Over the weekend I received a message from my friend who’s taking care of my cat while I’m sort of homeless. She took her in on the understanding it would be a short term thing. It’s been nearly 7 months now. So I feel guilty about dumping that on my friend. And I miss my cat desperately.

Going through the motions

In spite of all this, I’m not letting myself sit in this muck and mire, at least not every day.

I started going to the gym a couple months ago and have lost 10 lbs in the process.

There’s a popular café in town where I go semi-regularly to write. I carry three notebooks with me at all times; one is a journal, another for creative writing and the third is a gratitude diary.

Thanks to a friend I was able to get into some counselling programs available here in North Bay, a couple group programs and semi-regular one-on-one counselling.

I play pool regularly and am joining a league for the summer.

I’ve been playing music again since I came back, doing one show per month, connecting with other musicians and going to open mic nights.

There are times when this stuff feels good. A lot of the time I’m just going through the motions, but I force myself to keep going.

All of it is distraction. Distraction from thinking about just how shitty my life is, everything I own is in storage, missing my kids with every fibre of my body, being somewhere I really don’t want to be and not being the person I want to be. With every passing day, the hope of getting back to Ottawa, being close to my kids again gets farther and farther away. I feel stuck, like I’m not really living my life. All of this has been thrust upon me.

Do I blame it all on the depression? Short answer is no. I’ve made some poor choices along the way. I can’t completely absolve myself of responsibility. But the depression hasn’t helped any.

So I spend a lot of time hating myself, who I’ve become, longing to get back to who I once was. But there’s no going back. I’ll never be who I once was. Who I am now is informed by everything I’ve been through, and I need to come to terms with who that is. That doesn’t mean I’ll never be able to be happy again. But I need to find some peace with myself, find a way to love myself again, let some light into my life. It’s a learning process. Learning what my triggers are, recognizing what times of year I tend to crash, finding the things to pull myself out of the hole and focusing on my self-care.

Today is one of those days I’m feeling really low. I really just wanted to stay in bed all day and sleep. There’s this dull ache in my chest. I don’t want to look people in the eye. It’s a bizarre combination of numbness, sadness, anger, hopelessness, helplessness, failure and defeat. If I do interact with people and seem okay, I’m faking it. I’m so tired of days like this. There have been far too many. With every one, it feels harder and harder to pull myself out of it. It takes a great deal of effort to not allow myself to just sit in it.

So I force myself to be active. Go to the gym, grab a coffee and do some writing. If it’s nice out, I’ll grab my guitar and sit outside. Hit the open mic nights, even if I’m really not feeling like being around people, or playing. If I can finish the day knowing I’ve accomplished something, just one thing, no matter how big or small, then the day wasn’t lost. At least I can say to myself I did something.

I’ll keep fighting no matter what. I have to. Mostly for my kids, because with everything they’ve been through, they need their daddy. Odds are that one of them will struggle with depression at some point in their life. I want to be there to guide them, to support them, to be the voice of understanding they’ll need. But also because I have this naïve hope or belief that it will get better, all the external stuff will fall into place and I’ll be able to move forward and live my life again.
I have a tattoo, a lyric from a song by Montreal indie-pop darlings, Stars, called Your Ex-lover is Dead, that’s become a mantra of sorts. It reads:

Live through this, and you won’t look back