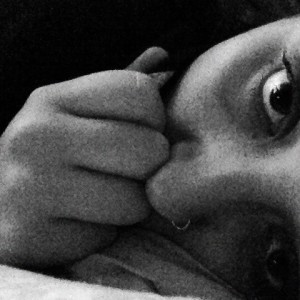 The first time I remember feeling depressed, I was around nine years old.

I can’t remember an exact instance, but I remember not wanting to participate in life activities – such as school and all of my extracurricular things, such as swimming, Girl Guides, piano lessons, playing with friends, etc.

I can distinctly remember my Mom asking me one day what was wrong. I felt so ashamed and I didn’t want her to keep asking, so I put a smile on my face and struggled through the day.

I remember quickly realizing how seemingly easy it was to put that smile on my face to avoid dealing with the emotions and thoughts running through my head. Although it’s not easy to pretend to be happy, it seemed much easier than the alternative choice of admitting I was depressed and needed help. At that time, that seemed like the worst and most embarrassing thing ever – I mean, I was supposed to be “perfect”.

Putting The Mask On

As the years went on, I really thought I had this faking it thing down.

No one was questioning me at all. I maintained okay grades, had an…okay…social life, and managed to float through life.

In high school, I started working at a local sporting goods store. I worked 2-3 evenings a week, and Saturday / Sunday. Between school and work, I realized that if I kept myself super busy, it would make keeping the mask on even easier. My mind would be busy and wouldn’t have time to think of all the toxic / suicidal thoughts racing through my head.

By the time I reached university, I became a PRO at this.

At 18 years old, I was hired full-time at a local radio station. Initially this was just a summer gig, but knowing that keeping busy would keep the toxic thoughts out, I continued to work while going to school full time.

I did this; school, work, somewhat of a social life for six years until my body couldn’t take it anymore.

In March 2012, my body and mind said no more. I hit rock bottom. I was exhausted.

Although masking my depression and suicidal thoughts seemed easier than dealing with the actual emotions, it was INCREDIBLY exhausting.

I had a breakdown at work in a meeting with a client. I was scared. Thankfully I knew I didn’t want to live like this any more and my fear of what I may do to myself was enough to get me to see a doctor for help.

I was put on short term disability leave and started seeing a psychologist.

While on short-term disability leave, I felt this strong desire to be open about what I was going through. I figured, “What do I have to lose?”

It had been years that I had been feeling this way, and I’ve hit rock bottom, I might as well come clean to all of my friends and family about what was going on.

Scared and nervous, I did it. And you know what?! I received an OUTPOURING of LOVE and SUPPORT from my loved ones.

I found out about a Canadian Non-Profit organization who’s goal is to create a social mental health movement – to create a conversation. This group, Partners for Mental Health, was EXACTLY the type of group I wanted to support. After couple of emails, I became involved.

With each conversation I began having about my mental illness, I began to feel more empowered and felt like I needed to do more.

In June, I created my blog.

I had this idea that I wanted to show everyone that most people with a mental illness are just your average Joe’s.

We CAN live a relatively normal life. Thanks to the connections I made with Partners for Mental Health, I created a series called UNMASKED.

This feature appears every Wednesday and features men and women who either live with a mental illness or have been affected by it.

In March, I could honestly tell you that I probably wouldn’t have survived the summer. Now, I can tell you that I’m going to live a long and happy life.

Speaking out about your mental illness isn’t easy. I understand and can appreciate any one’s hesitation.

However, since “coming out” about my struggle with depression, I am the happiest I have ever been. I am truly being my authentic self.

It takes a lot of courage to speak out about your mental health, but by doing so, I guarantee that you are helping someone else. Brené Brown writes in her book The Gifts of Imperfection,  “Every time we chose courage, we make everyone around us a little better and the world a little braver.” 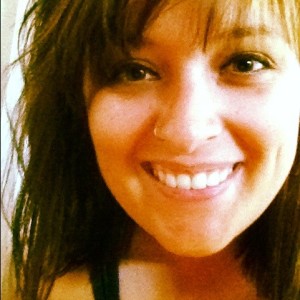 Sara Goguen is a 20something East Coast Canadian gal who works in radio as a Promotions Director 9-5 and is a mental health advocate 24 hours a day.  Sara has lived with major depressive disorder for the majority of her life, but has only recently started sharing her story.