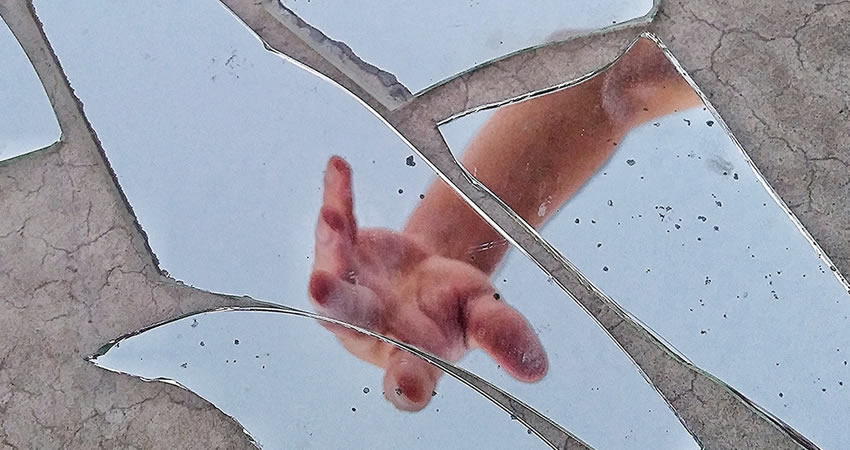 “You know, you are really skinny,” said a middle-aged guy, who was somewhat ironically chain-smoking old cigarettes on one of the patios at the group home I was visiting a friend at.

The man, rolling his wheelchair a little closer, pressed on. “You might be suffering from some sort of nutrient deficiency. Do you eat enough?”

I caught my anger in my throat before I replied, choosing calmer words instead. “I eat a very healthy diet, and plenty of food everyday.” Did he really think I’d never thought about that? I followed my friend, who was clearly annoyed as well, towards a different outdoor space where we could exist a little more peacefully.

As he took yet another long drag, the man droned after us, “You should really talk to a doctor about it. It can’t be healthy to be that thin!”

After a childhood of always being the smallest — and tallest — kid in the class, I find myself still having unsolicited conversations about my weight well into adulthood. Whether it’s subtle (or not so) comments from friends and family whenever I’ve gained weight (“you look more manly these days!”), having toxic men try to physically intimidate me when I am not agreeable, or strangers weighing in on what I weigh, it’s always been hard to not wonder if I was one of nature’s freaks.

And worse, I knew nobody I could even reason about this with. The men on both sides of my family were “man’s men” in every sense. The kinds who built houses, fixed old cars, and were proud that their bodies gave them physical dominion over the world. While my dad and his dad are decently narrow at their healthiest, I am far more so. I graduated high school weighing less than 120 pounds, despite having been 6 feet tall since fifth grade. Even now, at the upper end of the healthy body fat percentage, I weigh less than 150 pounds.

My GP always gave the same answer whenever I would ask. “You’re as healthy as can be, son. You’ve just got a smaller frame, and you don’t naturally grow muscle. Don’t worry about it, so long as your body does what you ask of it and you feel good.”

But how could I not worry about my body? How could I ever feel good about literally being the skinniest person I know? How could my pride and sense of manliness not be threatened by my slight frame’s failure to comply with society’s masculine ideals, however oppressive and dangerous? I’ve never once owned clothes that fit me properly — in fact, the only time I’ve ever worn anything that prompted compliments was when I was part of a good friends’ wedding party, and we all rented tailored suits.

Lies in My Head

Every time another entrepreneur won’t take me seriously, or a friend won’t ask me to help them move, or a romance fails, the thought that it was because they valued me less because I weighed less definitely crosses my mind.

In all honesty, my brain has long looked at its host and believed it didn’t deserve what others take for granted. Though I am outgoing, I am afraid to initiate conversations with strangers, because I think my thinness projects an image of a “creepy weirdo”. I think that I am so thin, people must think I am socially retracted, unable to care for myself, and constantly acting with ulterior motives. Pretty extreme, I must admit. Despite having had caring relationships with many wonderful people and them expressing otherwise, I can’t imagine anybody desiring or finding attraction to this body. Even in communities I have been involved with and had influence over for years, I constantly question my home and acceptance in them.

I recognize, at least on a logical level, that these thoughts are lies. But it is not so easy to distill fact from fiction when we perceive a threat to something so fundamental to our humanity. After all, we are all wired for human connection! We all yearn to be accepted exactly as we stand and to be valued for the people we aspire to be.

However, our bodies hold a seductive sway when it comes to the stories we form about who we are. In fact, the worst unsolicited conversations I’ve had about my physical appearance have all been with myself.

When I look in the mirror, I don’t see the sports fanatic friends love to both compete with and against. I don’t see the budding weight lifter, or the poet, or the kind and principled entrepreneur who wants to build a better world for everyone. I don’t even see the friend who cherishes all of his loved ones, and wants nothing more than to encourage them into experiencing their own magnificence, as I am so fortunate to do.

Instead, as I survey my own dejected reflection, my mind conjures caricatures for the well-known creatures I most identify with physically — Tolkien’s Gollum, for instance. I see my fears glaring back at me. I search each bony knob for any shred of muscle, instead of searching for every shred of dignity and self-respect. I wince at the small pockets of fat, and do not celebrate the discipline that has helped me keep them so small as each year passes.

Seeking therapy has helped me to understand why I attack my appearance instead of love my person. In some cases, it’s easier to believe failure was out of my control and due to some horribly prejudiced fault of another than to admit I may be the reason for my own suffering, or that there is no reason behind the suffering at all. More often, I expect that others compare themselves to me in the same way I do, creating a seemingly inescapable circle of negativity and judgment. I’ve learned to recognize most people are, like me, so focused on themselves that they have little time to worry about others.

Indeed, I am certainly my own worst critic, and I sabotage every kind of relationship by projecting my own villainy onto the good character of others. In doing so, I am aware that I perpetuate the violent thoughts others have about their own bodies too, even though the only one I think such awful thoughts towards is my own.

The truth is that, it will take me a long time and much effort before I don’t significantly struggle with body image problems. Though the scars run deep and I am all too willing to tear them open again and again, living more authentically has helped me learn to ignore the minority of voices that amplify my own doubts and demean my self-esteem. I am recognizing, with help, that the people who really care about me see more to the picture than just their skinniest friend, and I certainly hope I am better able to lean into the aspects of my personality that both they and I cherish. 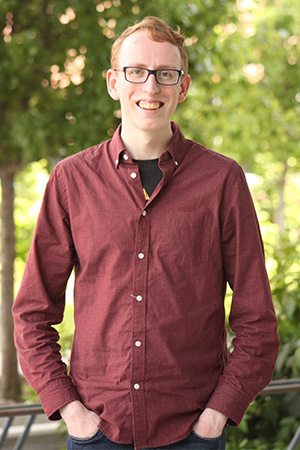 Graeme is a writer, entrepreneur, and software engineer who creates tools and experiences that help improve the world around him. He is very passionate about applying evidence-based thinking in everyday life and sharing stories that increases our awareness what is beautiful all around and within us.