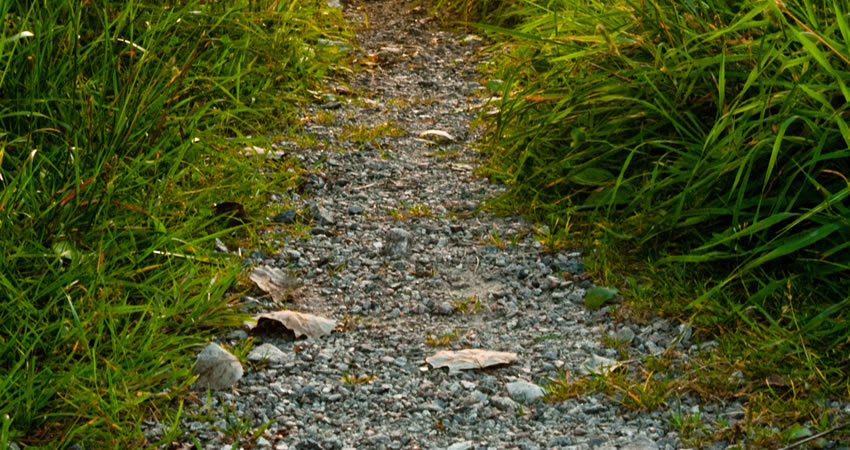 There was always a budding inclination in my early childhood I was different from other children. But my story isn’t as cliché as that introduction sentence.

I did not speak in daycare. I did not speak in kindergarten, nor first, second, third, fourth, or fifth grade. If I did speak, it was not of my volition, it was a result staff pressuring me. I took boxes of colored tiles and blocks and made symmetrical, circular patterns that spanned the floor. Teachers took pictures and praised me for my creativity. With all the negative feed-back I got about my behavior, and essentially my being, I took the creativity compliments with a grain of salt.

My disconnect from the world only fueled my mistrust: a vicious cycle. In junior high I kept myself on the defense: I spoke to no one unless they spoke to me, and if they said something I didn’t like, I’d threatened them. I brought alcohol to school, smoked marijuana with the sixteen-year-olds, and hung around the girls and guys being pressured into gang life.

How Would You Label My Experiences?

Driving to college one morning, my car fell apart at a stoplight. It bounced along the pavement and so did all the cars around me. I gripped onto my dashboard, terrified because I smelled smoke but couldn’t see it and no one else in their bouncing cars seemed to care their cars were bouncing. As soon as I popped open my door handle to leap out before my car exploded, the shaking ceased. The world was quiet, my radio was back on, and the light turned green.

I parked that morning and lost myself in music. Walking towards class, someone yelled. It almost sounded like it was coming from the sky, but I concluded it was coming from across the street and from a megaphone. I couldn’t distinguish all the words and the guys walking in front of me didn’t seem to care, so I went on a goose chase to find the man with the megaphone because he was calling for me. I never found him. He yells at me from across the street of my apartment complex now, sometimes coherently, sometimes not. Sometimes he’s right next to me. He jumps around a lot.

A girl in one of my classes grew jealous of the attention my professor gave me and she wrote about me every day in her journal. She’d write and stare directly at me, no matter where I sat. She knew I’d written a few things about the class on one of my blog websites, she was reading them all the time, and she’d talk to everyone after class and tell them to stop talking to me, to ignore me, and to shun me. I had to stop going to class for a while for to 1) protect the integrity of my website and 2) protect my sanity.

An amusement park I worked for hired a new girl to work with me. She wasn’t real, I’ll never believe she was real, but I interacted with her and she tried to frame me for having drugs, just like the shift lead wanted me fired for the self-harm scars. I quit that job via email.

I was told once by an entity to strangle my cat. I didn’t. I was chased from a different world into this world by another entity, I’m not sure what kind, and some of them shape shift into a man with no face who follows me down the street and blocks thoughts he doesn’t want me to have. He puts in my head that I’m a dead man walking, even though I’m a woman. The entities of which I’m in good standing with, the ones not on Earth, told me in one of my classes I was more evolved than my classmates so I stopped going to that class because I was more evolved.

I’ll assume I’ve given enough examples. My story isn’t cliché, I say, because I’ve never identified myself as mentally ill or disordered. My story isn’t cliché, I say, because after stumbling through psychiatrists, therapist after therapist, medication after medication, I realized the path they wanted me to take was not the path that was right for me. I made the choice to stay off medication and out of the hospital—after being there once, I promised myself I’d never go back.

I wonder, at this point, how different you and I would see this story had I explained my behavior and my past through words like Social Anxiety Disorder, Generalized Anxiety Disorder, PTSD, Depression, and Schizophrenia.

Trust, Community and My Lens

Still attending college, I applied for a counselor position at Second Story Peer-Respite in early 2016. I was hired shortly after, much to my surprise.

We are a six bed, two story house in a regular neighborhood. We are not locked. The guests who stay with us are self-referred and cannot be forced into our program. We are more of a community than anything, a group of unique peer workers interacting with unique guests, each of us having been through and still managing our own form of psychiatric distress.

Having been raised in an environment where trust, compassion, and understanding were non-existent; where troubles weren’t discussed, they were fought over; where anger was dealt with physically instead of emotionally, coming into the environment of Second Story where healing is a possibility, I’ve learned there’s a lot more to this thing we call recovery than the straight and narrow path we’re often forced down. I’ve learned the power of community and the strength in it. Because of this experience, I’m discovering the strength within myself.

I’ve learned it doesn’t matter what we or anyone else call that struggle. I’ve learned that not identifying with the terms “mental illness/disorder” isn’t denial of the pain or experience; for me, it’s a chance to reclaim the truth I’ve always known: my experiences aren’t abnormal, nor are they the product of sickness. They are simply my brain viewing life through its own kind of lens. As hard as it is at times, there is one plus side: I’m never bored.

Alishia Dauterive is a Peer Worker at 2nd Story Peer Respite, Mental Health advocate, and some version of human with a passion for people, writing, and life.