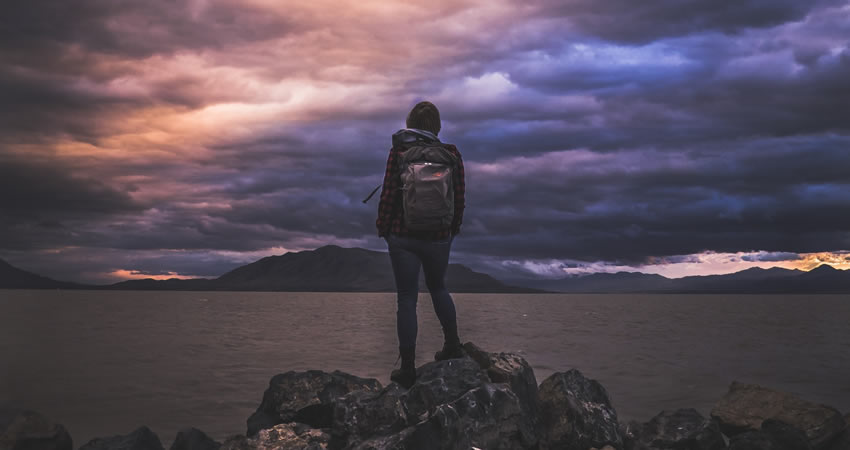 I like to think of myself as pretty normal. Wake up at 6, take the train to work, come home, make dinner and repeat. Most days are like this. There’s plenty of fun stuff in there too. Cuddling with my cats, going for walks with my boyfriend, TV, and baking. Things are good overall. Especially now. Yet, some of those days are peppered with panic attacks and thoughts of self-harm and the fight to make myself swallow my food, even when my mind is in hysteria telling me I better spit it out. You might not think any of these things if you looked at me. And most days really are good days. I never thought I would struggle with an eating disorder, depression, and anxiety, but I also never thought I would be raped.

When I was raped on September 17, 2011, I felt my life was over. I was raped by a student at my college after a miserable night of just trying to fit in. I had no supports at the time and I was confused and ashamed over what had occurred. I was raped on the third weekend of my freshman year of college and this already stressful and lonely time was stained by what had happened. My college was no help. If anything, the hearings and meetings that followed did more damage. Getting justice, for multiple reasons, become a lost hope. I became suicidal and it was the darkest time of my life.

I had been so excited for college and just like that I couldn’t get myself out of bed and I couldn’t leave my dorm without panicking. I saw food as one of the only things I could control and I exercised until my body broke down. The night I was raped was one of my first times drinking, but it wasn’t long before alcohol became a way to numb the pain. Between my eating disorder and alcohol abuse, I probably threw up more times in those four years than most people do in a lifetime. Suicide continued to haunt me and it was terrifying. I buried my pain for four years. Finally, near the end of my senior year, someone stepped in and not only believed me, but pushed me to start therapy.

Coming out of that time was like waking up from a nightmare, but when I got help, things didn’t magically get better. College is such a formative time in your life and suddenly I was 22 and my identity had been stunted that night and in the aftermath. I didn’t know how to eat right and to exercise safely. I didn’t know what to do when I got overwhelmed, besides cut myself. I didn’t know how to face my problems and drinking helped me feel decently okay for at least a little while. And I still couldn’t fully accept that I had been raped.

After about a year of therapy, when I was able to fully recognize the assault for what it truly was and to recognize that none of it was my fault, I was able to truly accept help because I began to believe I deserved it.

I know that recognizing that you were not responsible for your assault is not something you can just do. It takes time to get to that place. But here’s the thing; if you were assaulted it was 100 percent not your fault. No matter what you wore or drank or did. One-hundred percent of assaults are 100 percent only the perpetrators fault. Recognizing the cause of my mental health struggles made it a lot easier to work through them.

I also know that asking for help in any way can be terrifying and embarrassing and terribly uncomfortable. For me, I did everything I was capable of at the time to try and get some sort of help. I couldn’t accept that I had been raped, but I knew that I was miserable.

I remember just waiting for someone to see that I needed help. And when that didn’t work, I tried to really show it and even ask for it. For one of my college classes, during my sophomore year, I wrote in detail about my eating habits. Talk about a cry for help. The professor never said a word to me, but hey… I got an A! This is just one example of people not being helpful when I really needed it.

The first one or two or five people you try to get help from well, they may disappoint you but that doesn’t mean there aren’t people who will help. There are good people out there.

Through therapy, I’ve learned techniques to ground myself and to prevent panic attacks or to at least make them somewhat bearable. I’ve learned how to distract myself from self-harm and use healthy alternatives. These might include concentrating on my surroundings and what I see, feel, smell, and hear. If I can distract myself for long enough, usually the feeling will pass. I’ve learned how to eat and not feel guilty for nourishing myself. I’ve also learned to not get mad at myself if some days are just really really hard.

Now I struggle, but the struggle is worth it for the life I have and with therapy and support and time, now the good days and the good moments outweigh the bad. It hasn’t been easy or perfect, but now I get to do all the fun things of being an adult like waking up at 6 am and taking the train to work. 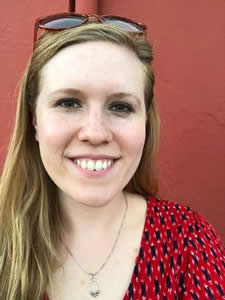 Laurie Katz is an elementary teacher from Boston. She has recently found her voice and has been sharing her experience of her sexual assault and mental health struggles to try and help others. A book about her rape and recovery is being published by Trigger Publishing in January of 2019 in the UK and March of 2019 in the US. You can also follow her journey on Twitter.