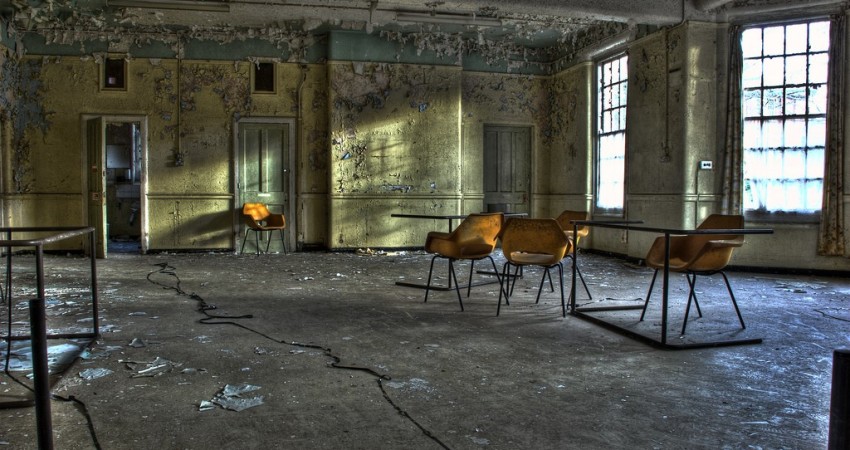 Let me tell you why I hate the Mental Health System.

I was once told by one of the better health care professionals that I have met along the way “ Best not to rock the boat Joe, you can’t fight the Health Care system and win.”  Now when I look back, in a way I guess you could say I have fought it, and come out ahead.

My Introduction to Depression

It was 2001, shortly after 9/11. I remember this as the start of it. I’m not sure whether the event itself was the trigger but it was definitely just afterwards that I became ill. I was diagnosed with depression, but I dismissed this as ludicrous, I wasn’t the type to get depressed! I am now and always have been a very positive person and the word wasn’t really in my vocabulary.

The GP prescribed Seroxat and within 3 or 4 weeks of taking it I felt better. A further few weeks later and I felt better still. I had more energy than before. I was working long hours and going out at night, returning at 5am. My wife thought I was having an affair.I was taking huge risks on the stock market and was making or usually losing $5000 a day. My psychiatrist said he wanted to see me; he was concerned about my behaviour. I didn’t want to see him, I told him I was fine, but he insisted. He asked me to go to the Hospital for an assessment.

Crossing the Threshold Into the Underworld

At the hospital I was met by the Senior House Officer and to me she looked like a Vulcan from Star Trek. She led me to a room and the door shut behind me with a thud. There was no handle on the inside, just another door that led to another world.

The Vulcan took me to the reception room and we sat down.  She asked if it would be okay if I answered a few questions.

When I read a book did I think it was written just for me? “No”

When I watched TV were there any hidden messages for me? “No”

I had two choices, I could admit myself for observation as a voluntary patient or they could get a doctor and section me. A section would mean a minimum stay of at least four weeks, so I chose the voluntary option.

I was taken to a ward and had to give them my belt and shoelaces. I was shown to my room; the widows didn’t open, there was a bed, a chair and a wardrobe.  A member of staff called John came in and he said  “Come on, I’ll show you around”. There was a games room and it had a pool table with just three legs and about six balls. There was a laundry room with washing machine, dryer and an ironing board, and there was lounge where the other patients were sitting watching Jeremy Kyle on TV.

John said I should make myself a brew and join the others. A few residents were wearing dressing gowns. One girl had bandages on her wrists. One lad was sitting with his head in his hands. Another lad, Matt, was talking on a mobile to a girl he was waving at through the window. She was staying in another ward upstairs. The lad turned to me and said, “She wants to know your name”. This was Lorraine (we had sex in the laundry room that night, people with Bipolar often have no inhibitions.  One of the perks of the illness I suppose).  Then Matt and I got to talking, and he told me that he had jumped off a motorway bridge after his girlfriend – who was also the mother of his daughter – had dumped him.

A boy of about 21 named Alex was sitting on the settee playing his guitar and he was very good. I found out that he had taken drugs in Thailand and developed psychosis. He was really hyper. I got chatting to him as well and he was really talking fast and couldn’t sit still.

At 6pm that evening, the medicine trolley was wheeled in and everyone went to form a queue.

Learning to Survive in Hell

A new patient discovers quite soon that a ward has its own rules. I was having a cigarette in the smoking room, chatting to “Jesus”.

Jesus tells me he has a haulage firm and can get me cheap trainers. He also tells me he is undercover working for the NHS and his job is to assess which patients are suitable for jobs in the outside world, to work in his haulage firm. The strange thing was that with all that money you would expect he would have been able to afford a pack of cigarettes.

Jesus watches me as I put my dimp out in the ashtray. There is still a full centimetre left on it, and in the Arden ward that’s a lot of dimp, Gerry is keeping an eye on that dimp as well. Then Tony comes in and he says “don’t leave your dimp in the ashtray, the Paki will get it!”

I was starting to really enjoy my time on the ward I saw myself as R P McMurphy from One Flew Over the Cuckoo’s Nest.

I said to some of the patients that we should plan a breakout. We could escape in the yellow laundry van, and since we were all mad in the hospital anyway we could behave exactly as we liked. It wasn’t like we could get sectioned anymore, I thought.

Josh was another one of the patients. He wore a long black coat and liked to walk around the games room swinging a pool cue round in the air. He tried to make an advance to one of the female staff and was moved downstairs to the high security unit. It was a shame because he was looking forward to being in the film that we were all planning to make about being in the hospital!

My friend Lorraine, another patient, used to pretend she was my doctor during visits. She also asked my friend Tom, who was visiting me, to help put up the Christmas tree even though it was only October. It was a plastic one that was kept in the toy cupboard.

Tom was only too pleased to help and when the tree was up and everyone in the ward clapped or smiled. This attracted the attention of the staff and the staff quickly took the tree down. But by then an idea had been planted and it had made everyone happy, so every night for the next two months, when there was less staff around, we would put that tree up and decorate it.

I was in demand at the hospital for interviews with visiting doctors and medical students. I was a textbook bipolar guy and they could not write it down fast enough. If they needed help I could prompt them, or lead them to the next question. I could tell the truth or lie, or mix it up, do anything they wanted. I remember a Chinese student practically wetting herself when I got going, she could not believe her luck.

The kitchen at the hospital was filthy, and it felt like no one listened to the patients when they said that the kitchen was dirty. It seemed like they didn’t take it seriously, because, after all you were mad, and you were probably imagining it anyway. But Phil, who was a Silver Service chef and also an alcoholic, phoned the health inspector who he knew personally from the outside. The health inspector came in and then closed the kitchen down, so everyone apart from the ones with no homes to go to or those deemed to be too dangerous to leave had to go home.

The staff thought I was responsible for the health inspector’s visit because I was a troublemaker. When I returned to the hospital on the following Monday my stuff was in a black bin bag and I was given a release form to sign. I couldn’t believe my luck, I didn’t stop to think, I just walked out the door then ran and ran and ran until I was a long way away from the prison.

What did hospital do for me? It made me hate the Mental Health system and all who worked in it. To me it was abuse in the guise of care.

When I got out and finally got stable I became very keen to make films to show peoples stories as the experience had totally changed me. I had entered the world of an illness that cannot be seen or understood by family or friends and colleagues .There were girls in the hospital who had self harmed and were now homeless and not allowed to see their children.  This lack of understanding has put me on a mission to educate and inform the public about mental health through real life stories which can show we are just the same as ‘normals’. 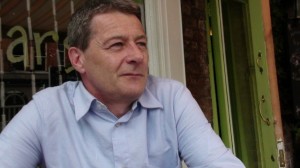 Joe Moonblue produced films for clients in the corporate market including Pepsi, Nike, Amoco and I’M NO ANGEL with Alex Hurricane Higgins for the sell through market. Since being diagnosed with Bipolar in 2002 he has been making films with people recovering from mental health problems and taking an active role in anti-stigma work. You can find out more about Joe from his LinkedIn profile here. Work from his latest project, David’s Dream, can be found here.