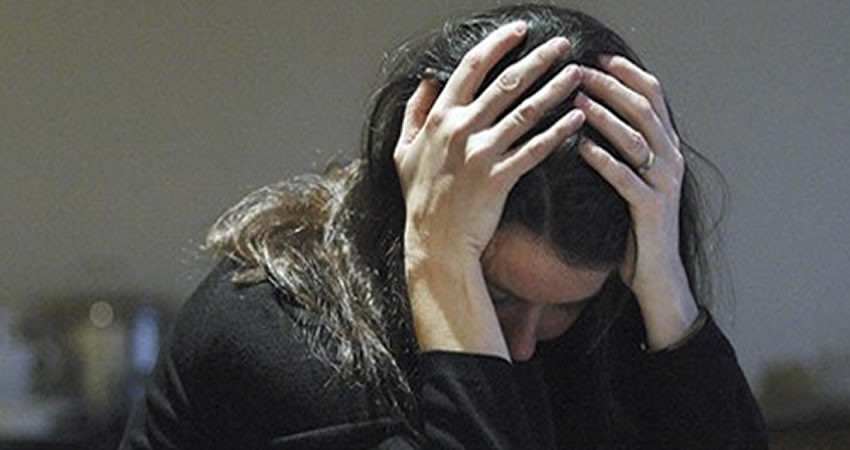 Interview by Trish with Julie*

As I enter the Krasman Centre from the cold damp air and snow-slushy sidewalks that have people grumbling for winter to be over, I say hello to everyone sitting around the table.  I shake off my coat to hang it on a hook and a woman with beautiful red hair and bright eyes comes over to shake my hand.  Her name is Julie and she is eager to tell her story.

I move a guitar to make room on the orange leather chairs that must have been a big hit in the 1970s.  We settle into the back corner of the Krasman Centre and I explain I will be recording our conversation so I can use her words as much as possible in the piece.

Julie expresses her gratitude about this opportunity.  She has always wanted to tell her story.  And it is an incredible story indeed.

Due to addiction, Julie’s biological mother gave up all her children when Julie was 2 months old.  Julie was adopted by a woman with undiagnosed mental health issues and man who was never around (referred to as her mother and father from here on in).

She grew up feeling like she had to be someone else to conform to her mother’s abusive demands and her father’s strict rules.  No matter how hard she tried, she couldn’t fit in.

She began running away at the age of 11.  When she was dragged back home, her parents brought her to psychiatrists who said she had a personality disorder.  She was also identified as a slow learner in school.

But the adults involved did nothing to help her.  She continued to struggle in the regular stream at school and failed a couple of grades.  She was given no support for her mental health issues.

This only deepened Julie’s feelings that she didn’t belong.

When her dad was home and questioned why Julie ran away so much, her mother used Julie’s mental illness and problems at school as excuses for Julie’s “acting-out”, hiding the abuse.

This was the beginning of the pattern that has followed Julie her entire life; labels being used to blind the people who have control over her life to her sensitive, compassionate nature and to do the right thing.

She rebelled from her abusive home life and started living on the streets.  This turned into the cycle of being brought back by the Children’s Aid Society (CAS) to live in foster homes and group homes to only run away again.  She also spent time living with her aunts and uncles who could see her mother was not fit to raise her.

When Julie was in junior high school, circumstances conspired to introduce her to her sister from her biological family.

She was hanging out with a girl at school who had a brother who went to high school.  He kept telling Julie she looked exactly like this girl at his school.  He insisted they had to be related.

So Julie went to her guidance councillor and asked about this girl in high school.  She was told she was her sister.  Her sister had grown up in the same small town and their parents knew the whole time.  The two girls played in the same areas never knowing.

Julie befriended her sister and still keeps in touch with her to this day.  Though her sister says she struggles with mental health issues, Julie sees her as having her life together; having a job and family where she fits in.

Soon after, Julie was living in an all-girls group home.  She was determined to learn more about her biological family, wanting to know about her background and where she came from.  She went to her CAS caseworker.

The CAS caseworker could only request a brief overview of her family that included first names.

Julie finally received the report of her history and was reading it aloud while the girls were getting ready for school one morning.  She read out the first names of her biological brother and 2 sisters, and an adopted brother.  There was also her adopted sister who she had already met.

One of the girls was convinced she knew one of Julie’s biological sisters through a friend.  This girl had a sister and brother with the same names as Julie’s brother and sister.  She said she would find out for Julie and report back.

That same day, Julie heard back from the girl and confirmed it was her siblings.  She found out her real last name for the first time.

Julie went back to the CAS caseworker and confirmed that indeed it was her biological family.

Julie was reunited with her biological family.

Julie met her birth mother for the first time.  Her mom was sober but had the shakes.  The second time she met her she was drunk and this made Julie leery of her mother.  She promised herself she would never turn out like her.

At the age of 16, Julie started hanging out on the streets, drinking and using drugs (though she promised her sister she wouldn’t do anything that required needles), working the streets and stripping.  This was the way of life for her family so she followed suit to belong.  She thought it was “normal”.  It also helped her to self-medicate her mood swings and to fit in.

At the age of 18 she was at a party with her sister, drunk and high.  She had a one night stand and became pregnant.  She had a baby girl and since she was convinced she could not take care of her because of her lifestyle and mental illness, her mother promised to help raise her.  Julie was happy to have her daughter in her life though her mother was extremely controlling over her granddaughter’s upbringing.

At the age of 19, Julie had a second daughter.  Her mother again convinced Julie that with her current lifestyle and mental difficulties, she should give full custody of her first daughter to her and Julie could focus her care on her second daughter.  So this is what Julie did.

She had two other daughters over the next few years and it was with the birth of her fourth daughter she was told she had bipolar.  It was then that she decided it was in the best interest of her daughters that she given them up for adoption.  She was not sure she could handle their upbringing and dealing with mood swings that came with the mental illness.  She would sometimes get very angry with her daughter and feel out of control.  And though she was involved with CAS at the time and the medical support had been provided by them, once she gave up her daughters she didn’t receive further support and medical service.

She felt hopeless when it came to her mental illness.

Drugs and fitting into married life

Julie moved away from her home to the Greater Toronto Area.  She fell into a major depression fueled by the shame and destruction she felt about her life after giving up her children.  This made it very difficult to start over and she fell back into the old habits of stripping and working the streets.

She met a fascinating man who, though he was heavily into drugs, she wanted to get to know better.  Before long, she was also using the harder drugs as they were a means of self-medicating her moods and her need to be loved.  This dark part of her life went on for about 5 years.

During this time she met another man who she married.  She was ready to give up the drugs and settle down and become a mother.  She was seeing doctors and a psychiatrist at this point and now on medication to control her mood swings.

But with the marriage came a change in her husband.  He became very controlling and this triggered Julie to act out as she had when her mother was trying to control her.  Her husband would accuse her of doing drugs when she was sober.  She figured if he thought she was doing drugs she might as well do them so she would leave to find her buddies and get high.

A year in the marriage she had a son.  It was at this point she began to consider she could not get clean while being with her husband.  She left.

She managed to get custody of her son and she stopped doing drugs.

One night while her son was sleeping upstairs, the man she was dating became abusive and she told him to get out.  He wouldn’t, so she threatened him with a knife.  He called the police and she was charged.

The police asked who should take care of her son and she said her ex-husband.  She knew it was the right thing to do at the time but if she would have known the outcome, she would have chosen someone else.  From then on her husband  has had primary custody of their son and he fights against her right to see her son.

Julie has found faith in herself and has made a better life where she is sober, has taken courses to become more employable, and become part of the community at The Krasman Centre and her church.

She maintains her medication regime to manage the bipolar though she still has bad days.  She relies on her spirituality and belief in God to get her through the hard times and this has changed her life.

She is also looking for a job.

Her ongoing battle and source of stress is fighting to have equal custody of her son.  She won’t give up; Julie feels very strongly that her son needs both parents.  She is frustrated by how her ex-husband and his council use her mental illness and past lifestyle against her in the court battles.

Julie feels she has been pigeon-holed by all the labels from her past… drug-user, bipolar, depressed, giving up her kids… she gets frustrated by these labels and will not let them hold her back.  She can change and she has.

She believes now that everything happens for a reason and that God is guiding her in the right direction.

The biggest lesson she has learned throughout her journey is forgiveness.  Forgiveness towards her mother has been key.  She still struggles but knows that holding a grudge will only hurt her.  Though she does not talk to her mother because of the negative influence she has, she looks forward to the day when they can reconcile.

Julie’s advice is to never give up.  If she can make it through and break the cycle, then so can you.  She is not going to allow her mental illness and past to get in the way of her getting equal custody of her son, having a relationship with all her children, and bettering her life.

* Julie is not her real name.