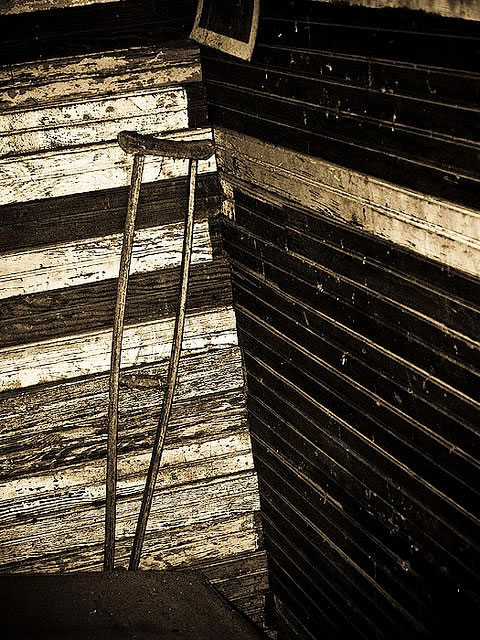 “Well, I’ve been afraid of changing – ‘Cause I’ve built my life around you” ~ Landslide – Stevie Nicks

Even before the collapse of my marriage, this line carried some weight for me. In the past several months it has become both a trigger and a resounding call to truth.

My wife and I married the summer before our senior year in high school. Five months later our daughter was born. This brought with it an unsurmountable amount of stress and pressure. It was rough. I had always been prone to bouts of anxiety, and to some depression at times. I was insecure, but this marriage brought security in the form of a partner. I was never popular, never outgoing, and becoming a father and a husband felt right. It also removed me from a dysfunctional family life that I had resented since I was a young boy. We lived in subsidized housing. We were on Food Stamps. We both worked. We graduated high school, I went onto to college to get a degree in graphic design.

I did not know I had anxiety at the time. I only knew I worried, a lot. About everything. All the time. I did not do well in social situations. My brain was constantly spinning, worrying, wondering. I also kept very high expectations of myself. From the standpoint of a father, a husband, an employee and a student. I was always trying to do better, faster, more efficiently.

Within the first few years at my first job with an ad agency, I began to burnout. My wife began going back to school. We also decided to have another child. This was about seven-years into our marriage. I think we were both looking for something that would somehow tie us back together. We had enough in common, we did love each other – but we were about to suffer the fallout of a couple that had married too young.

It was during this time I began to research my anxiety. A trip to the emergency room for a potassium deficiency resulted in a prescription for some anti-anxiety medication. I began reading up on symptoms. I tried to discuss this with my wife, but I was afraid. Things were not right with us. We didn’t know what to do. We decided a change of locale, closer to our parents and friends, would be a chance to reestablish ourselves. I would take a slightly less-stressful corporate gig in a marketing communications group, she would continue school and pick up some work in accounting.

Still my mental struggles plagued me. I ignored or avoided them. It’s only in hindsight do I realize the toll my peculiarities would wreak on my relationship. For example, I could not go into a restaurant and ask for a table. I was horrified of this. I always let her do the talking. Nor could I meet a service man at our house. Every vehicle we owned, she negotiated with the salesman, while I sat there, shy, introverted, afraid to speak. She paid every bill, managed every aspect financially – she was my crutch. I couldn’t make appointments over the phone for my kids, and was deathly scared of attending any and every kind of social event alone. As long as my wife was there, I would do okay. Even though it exhausted me, or made me a nervous wreck, I could put myself out there if I absolutely had too, as long as I had her.

Within two years of landing my corporate gig, I was laid off. This began the downward spiral. At the deepest, darkest depths of the depression I plunged into after losing my job, she contacted behavioural health services for me. She made my appointment, she drove me to my first therapy session. That was over ten years ago. I’m fairly certain that I would not be here today without her help.

Over the course of our twenty-four year relationship she has weathered, with me, the suicide of my biological father when I was 16, the passing of my closest family – an aunt, my grandfather, his mother (my great-grandmother) – culminating with the death of my mom from cancer when I was 33. My wife was there – we took care of my mom as she wasted away. My wife was my rock when I had lost everyone else close to me.

Now, therapy and medication have woven themselves into the fabric of my being. As much as I wanted her to understand what I was going through. She couldn’t. Once during a conversation after our separation I told her that if she had been sick, I would’ve done everything to help her. I would’ve researched her illness to discover what she needed from me. I had the same expectation of her, one that she was unwilling or unable to fulfill. I tried to encourage her involvement, she just seemed disinterested. As a result I reached a plateau. I was not well. Yet, I was not doing all that bad. I was not a happy person, but I was not on the verge of suicide, at least not very often. I was functional, but had not recovered from my depression or my bouts with social anxiety and generalized anxiety disorder. We lived in this not quite good / not quite bad place for the next ten years.

My mental health contributed to the overall issues that have brought down my marriage. I felt we were managing well enough. I thought we had a certain balance, a yin-yang to our relationship, an ability to play off of each other’s strengths and weaknesses. Not only was it too much for her to bear, but now I understand, my reliance on her support was doing more to enable my behaviour than to help me recover from it. I had unrealistic expectations of her ability to cope and manage with my mental issues.

The fallout of the separation was severe for me. Not in an ugly, uncivil kind of way. In many respects, our marriage is dissolving rather smoothly. We don’t fight. We never fought. We are still, for the most part, best friends.

The depression has been severe at times. This was twenty-years of my life going down the drain. This one person, my constant rock, was leaving me. There was a dark place where I had to make that sink or swim decision. I was suicidal, but now this was different. This was the defining moment. Death seemed like a warm friend, ready to admonish all my despair and pain in a single swoop. But, I could not leave my kids. This has become the cornerstone for my vigilant efforts to overcome this tragedy and to share with as many people as possible that there is always a new day.

Despite the depression, the isolation, the loneliness, I know that things can be better. [Tweet this quote!]

I now know, as the years went on, my wife began to feel trapped. She was worried I would fall apart without her. She yearned to be someone that she didn’t feel she could be for me. At the same time, I willingly leaned on her not just for support, but as a crutch that prevented me from taking the healthy approach to recovery that I should have. Now, I am in the process of taking responsibility for my own mental health.

My divorce will be final next month. I’ve weathered the rough waters so far. I’m still here through the help of my psychologist, my friends, support groups, and of course my children. Yet, I’m keenly aware that there is no such thing as lasting security. Life goes on and inevitably springs change upon us when we least expect it. While all manners of support can be helpful, those of us who can muster the courage and strength would do well to draw a distinction between support and an unhealthy dependence that could enable the very behaviours we’re trying so hard to adjust. More often than not, if something isn’t helping us, it’s hurting us, which is why we must not be afraid of change. 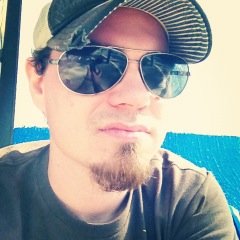 Dave is passionate about good design, typography, neurosciences, mental health, parenting, friends, books and food. In his spare time he enjoys playing guitar and contemplating the irrationalities of being creative and analytical at the same time, while chasing that ever elusive feeling of Zen.

Editor’s questions… I would really love to hear from YOU: