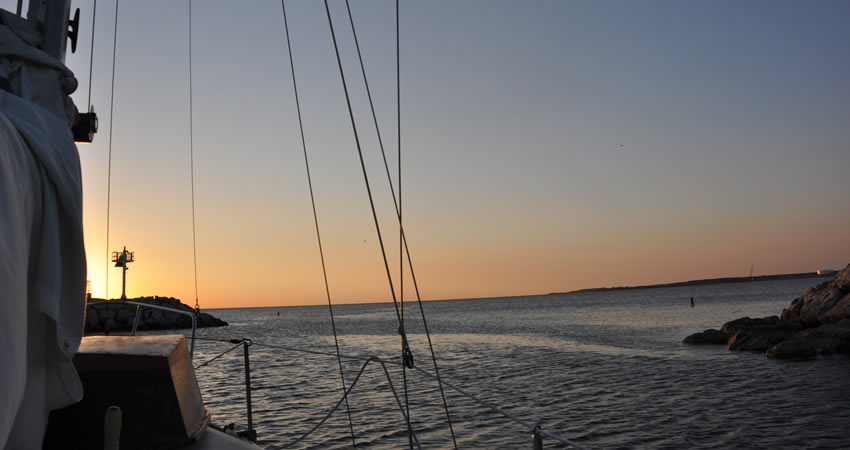 The Calm Before the Storm

For the first 10 years of my marriage, I had a pretty “normal,” stable life.

I lived in a 4-bedroom house in a small town in the woods, had an adorable daughter, and was in the process of completing my tenth year in a teaching job nearby. I had married my high school sweetheart, and it seemed like we were settled down.

We paid the mortgage, and had enough money leftover that we were able to save up for an old sailboat and spent our summers cruising it on the Great Lakes. We saw just enough adventure in our summers, before returning to land and heading back to work. From the outside, I was living the American Dream.

Except that I wasn’t.

Life was uncertain, but I figured that was just the way it was. Every school year ended with the possibility of lay-off’s, and I was always sleepless until the deadline passed. I kept waiting for the magical day when things would become secure and guaranteed.

Often, this constant worrying became so crushing that I couldn’t put one foot in front of the other. If I told anyone, it only seemed to become worse. I remember the first time that I sipped a glass of wine and felt the feeling lessen. But one glass soon was not enough.

I sipped every evening and also tried to comfort myself with food. When I was feeling my most anxious, I ate an entire Hot ‘N Ready pizza everyday for lunch! I lost myself in novels, in movies—anything I could to distract my mind and keep somewhat of a feeling of safety and comfort, even if it was only short-lived.

The crazy thing about fear is that when you’re afraid, you often act in ways that lead to the fears becoming reality. Because I was so afraid of losing my job, I volunteered to do everything, even if it was more than I could do. One night, I offered to create a semester’s worth of modified spelling worksheets. I stayed up until 3 a.m., and I still wasn’t finished. I brought what I had, only to find that my co-worker had changed their mind and wanted something else. Out of fear, I said I would re-do everything by the next day, which, of course, did not happen, even after another sleepless night. I was deemed “unreliable,” and I did not make friends for myself. As my situation worsened, I often found myself in difficult situations, unable to advocate for myself or get myself out of it.

My fears spilled into my marriage, where I was unable to set boundaries and would unpredictably snap at my husband. Life was becoming unbearable at home and at work.

Seeing the Light Through the Clouds

It was through my writing that I sought relief and found encouragement. I wrote a personal blog at that time, and a number of my blogging “friends” urged me to finish my book and take my writing to the next level. Gradually, I came to see that my beliefs about myself might not be true.

One by one, my misunderstandings came to light:

There realizations were useful, but unfortunately I became dependent on praise. worried if one of my friends stopped telling me that I was wonderful, talented, and inspiring. I would send numerous panicked e-mails, worrying that I would lose my source of praise. I wanted to believe these ideas that were planted in my head, but I was unable to at that point.

Beginning to see these things was not enough, because I still often didn’t believe them. And that voice in my head, calling me worthless and a failure, was desperately seeking evidence to prove itself right.

In the Height of the Storm

The biggest piece of evidence came that February, when I nearly lost my job. I was caught in a difficult situation, and it seemed hopeless. I had finally been feeling “secure” and “safe,” and had begun taking risks at work. I accomplished some amazing things and was proud of the direction my career was taking.

Then, in spite of my accomplishments, I was caught in this situation, where I needed to advocate for myself more than ever. While I did this, I was frequently experiencing panic attacks and still resorting to my old coping methods. I sought praise and reassurance more than ever, and I ate so much that I gained 50 pounds!

Gradually, the tide began to turn, after one of my friends suggested therapy. Through working with an online counselor, I learned how to identify and ultimately redefine the beliefs about myself and others that were holding me back. I took baby-steps and was able to reevaluate my situation.

First, I realized that I deserved better than my job. Instead of worrying constantly about losing it, I chose to let it go. I was my happiest on my sailboat, and my husband and I had always entertained the pipe dream of living aboard full-time. Leaving it all behind freed us to pursue this dream.

Two months after it all “hit the fan,” I accepted a position in Houston, 1300 miles away from where we had been living. We now live on a sailboat, in a lifestyle where we understand that change is inevitable and that clinging to the illusion of security can be a major cause of anxiety.

This change didn’t just happen, and once I moved things weren’t “happily ever after.” Over the course of 2 years, with the help of an online counselor, I was able to make changes to my life. Ultimately, I was able to stop the anxiety attacks and the abusive thoughts toward myself.

Learning to Navigate the Waters

Breaking the pattern of fear and anxiety required a great deal of work:

Life with anxiety is, indeed, terrifying at times. But by taking small steps and refusing to give up, healing definitely is possible. 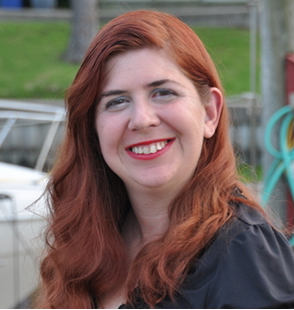 Bethany Rosselit helps others to navigate the waters of depression, anxiety, stress, and other issues through her blog, e-courses, and individual e-mail, chat, or Skype sessions.