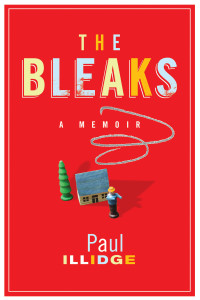 I was tending the garden in front of my east Scarborough home after dinner one warm July evening in 2007, when a short, paunchy cop with a brown handlebar mustache jumped from a black SUV and charged across my lawn with his Glock pistol pointed at my head. “Step away from the tree! Drop the garden shears and put your hands where I can see them!”

I dropped the shears as ordered and threw my hands in the air. My 18-year-old son, Nicky, who’d been vacuuming the inside of his beaten-up Plymouth Voyager, shot to attention, a look of terror on his face when he saw what was happening. Above the garage, his older brother, Carson, was strumming Neil Young’s “Like a Hurricane” on his guitar, window open, amp at medium volume, unaware of what was going on down below. My 15-year-old daughter, Hannah, was at her friend’s house a few blocks away.

Within seconds, a half dozen more SUVs had squealed to a stop along the sidewalk. A dozen officers poured out and, led by a female officer in a blue jumpsuit, a blue ball cap and black army boots, hustled up the driveway, handcuffed Nicky and I then rushed us inside behind two officers with their guns out who were racing upstairs to get Carson.

He was brought to the living room, made to sit on the couch with Nicky and me, the three of us scared, confused and wary. The way the cops were carrying on, shouting to each other over the racket they were making upstairs and down, searching the house for “cash, drugs and guns” as the arresting officer had ordered, one wrong move in all the pandemonium could easily have resulted in a gun or two going off.

We spent a night in the local police station jail, charged with marijuana trafficking. We did have some in our house, eight plants and a garden tray of baby plants, growing in a hydroponic unit in the corner of my writing office. For recreational and medicinal use only, it was hardly the trafficking mother-lode the cops were making it out to be.

A condition of our bail, which we were granted late the next afternoon, was that we weren’t allowed to live in our house till our court case concluded, six months at least, though more likely a year. My three children moved in with my ex-wife, while I stayed with friends here and there, or lived out of my car. With no place to work, I was broke within a few months. I put my house up for sale, but would lose my share of the proceeds since, even though the court case was still on, banks wouldn’t finance houses that the police had identified as grow-ops. I had no choice but to accept a low-ball offer. I sold my car, of course, stored the few possessions I had left with friends, and applied for welfare: five-hundred dollars a month to pay rent and somehow live on.

Like many people, I’d had my bouts with depression over the years. It was something that I felt I knew more about than most as my mother and her mother, my grandmother, had suffered from it most of their adult lives. They would refer to it as “coming down with The Bleaks,” moods so dark, their feelings about themselves so low that they didn’t know how they could go on.

That was the way I was feeling, I said to my doctor when I went to see him about my worsening state of mind. Like I’d come down with a bad case of The Bleaks. His advice an anti-depressant, a suggestion I rejected because of bad experiences with pharmaceutical drugs, he promised that they were much better now than they used to be. The pros far exceeded the cons, he said, and persuaded me to at least try one. Some promise: I ended up on a subway platform wanting to jump on the tracks the day I took my first pill.

About a week later, four days until moving-day and I hadn’t started packing yet, I was driving through the last of a snowstorm out to my house in the east end of the city, listening to various programs on the radio as I made my way slowly along the 401. When the jazz program that I’d been listening to wrapped up, after some fiddling I found one on the University of Toronto radio station that seemed more than a little à propos for the bleak mood I was in.

As it turned out, the program host was interviewing a psychologist, a Dr. DeSerres who, among other things, trained the people who handled calls on the university’s distress/help line. He said depression is too often taken to be a mental illness, when it’s no more than a strong emotional reaction to common life events and situations. The more extreme situations, to one extent or another, were sure to cause depressive feelings in all of us. He said the mental illness stigma was one of the biggest misconceptions about depression, and a major reason why treating people for it was so problematic.

According to studies, depression was the least-talked-about subject of conversation between people, after death. Medication for it was soon to be the one most-prescribed by physicians, the dispensing of antidepressants reaching epidemic proportions. In the cultural realm, he said, depression as a theme in movies spelled box office disaster, and for publishers, writing was dead on the page any time the word depression made its appearance. People not only didn’t want to read about it, they didn’t even want to see the word. So here we had a condition, the solution to which lay in communicating about it, and yet doing so had become one of our most entrenched taboos.

Even in economics, he pointed out, governments, banks and business leaders have coined the euphemism “recession” to avoid the negative impact the D-word has on global financial markets. Explaining what to look for as symptoms, he talked about the kinds of events, experiences and life incidents that could bring depression on (some that involved trauma, but many that didn’t); the age range in which it was most commonly found (men and women between forty-five and seventy-five, a surprise to me, as he said it was to most people); that both sexes were equally susceptible to it, though because it was less acceptable for men to reveal their “depressive side” they were generally better at “masking,” something which, as he talked, I realized was exactly what I’d been doing ever since the night of the raid: keeping up an appearance of strength, competence and capability in trying circumstances, just as Dr. DeSerres described. “Performing beyond most other people’s limits and abilities. Pretending excitement over things you’re indifferent to. Putting on a face that has you looking and sounding the way you think other people want you to, when all the while you’re angry at their failure to recognize, appreciate, understand or respond in any way to the hurt, the guilt, the shame, the fear you feel they’ve inflicted upon you.”

“Depressives,” he said, “feel they’ve failed . . . that no matter what they accomplish they’re not good enough, not worthwhile, their concerns of no interest or importance to anyone else. They can experience recurrent feelings that they’re empty, lifeless and dead inside, what writer Hugo Wolf called ‘the sleep of a thousand wounds’. Suicidal in their thinking, perhaps.” But as the doctor reminded the host, “the desire to kill oneself is not a medical symptom in any diagnostic manual of disorders. If it were,” he said, “we’d have to include sadness, loneliness, resentment and anger as diseases, too. Having emotions is not an illness. Any more than not being able to express them is.” He said the thing he emphasizes with his distress-line volunteers is that their main task is to help callers understand that depression has to do with unexpressed angry feelings, about what they see as their inadequacies, their badness, their worthlessness, that they have failed. “We don’t try to help them understand those feelings,” he said. “We just try to have them understand why it is they can’t express them.” In one of his final points, he drew the host’s attention to the difference between understanding and treating depression, his contention that the focus should be shifted from the latter to the former since treatment for depression consists mainly of prescription pharmaceuticals.

Antidepressants were not only harmful physically, he explained, but the very idea of them was one that had contributed significantly to a view that depression is somehow the enemy, something bad,
which has to be overcome and got rid of (“they’re not called antidepressants for nothing”), rather than appreciated and accepted as what, again in his view, was actually an intelligent person’s guide to better health, a wake-up call to yourself. The comment floored me, I remember, since it was the first time I’d
ever heard depression described in such a positive light. “Don’t get even, just get angry,” I remember the host putting in rather obliquely. “No,” the psychologist corrected him. “The thing we want to do is acknowledge this anger in ourselves, make friends with it and, more than anything else, try to stop being so afraid of it.”

The host provided listeners with the university’s help-line phone number, which was available twenty-four hours a day, seven days a week, thanked the doctor for his informative insights then broke for a commercial.

I turned the radio off and drove the rest of the way in silence, my spirits, despite the blizzard, the tricky driving and the packing that awaited me, suddenly brighter than they’d been for months. Dr. DeSerres had opened my eyes to what was really going on. It felt like some impenetrable cloud had been lifted; like a storm had ended, the weather was clearing and The Bleaks had abated, at least for now. They’d return, I had no doubt, however I’d be ready for them next time. As Dr. DeSerres had said, I’d learn to understand them and make friends with them. They’d hate that.