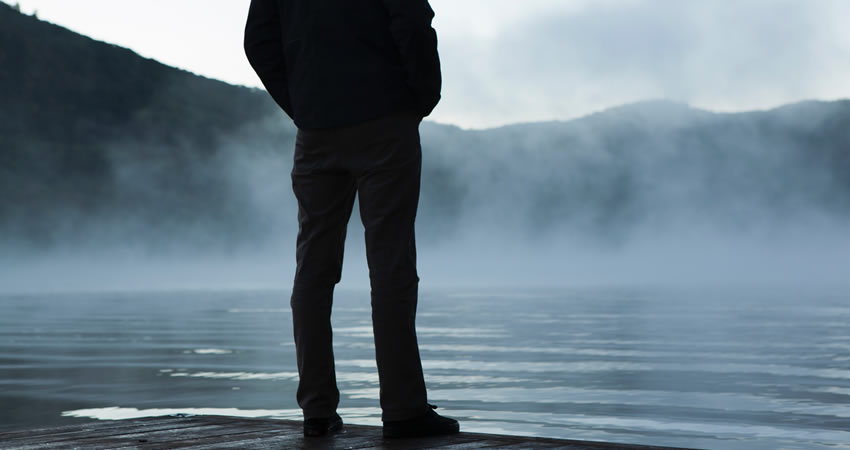 The most frightening thing about schizophrenia is the time you spend suffering its symptoms without being able to give a name to your condition. Five years ago, my life was interrupted by psychosis.

I suffered from “prodromal schizophrenia” for two years before my breakdown. It is hard to describe what it was like to feel like I was losing my grip on reality, without being able to explain what was happening to me. In a sense, it was liberating to receive the diagnosis as it started my journey to receiving care.

Seven years ago, I felt like things were going right in my life. I had a wonderful girlfriend who respected the time I needed to write. I had published several articles about music and culture.

My girlfriend and I had a great circle of friends and we’d often get together, listen to music, and smoke pot. Unfortunately, as it turns out the involvement of pot in my life was the beginning of my problems, or what I know now is called “prodromal schizophrenia”.

It began when I started to hear messages in music. It was not abnormal for me to spend hours in my room with headphones on listening to songs from my favourite genres (heavy metal, especially “stoner” and “sludge” metal) and no one considered it a problem.

But I started believing the lyrics in these songs were addressing me directly, that they were telling me about my destiny in this world. I spent more time alone and refused to see my girlfriend or my other friends. Of course, pot played a role in my isolation, and intensified my prodromal delusions.

According to Dr. Carrie Bearden, one criteria of the prodromal phrase involves “attenuated” or less intense positive symptoms. Positive symptoms are unusual thoughts and hallucinations, as opposed to negative symptoms, like social isolation and apathy. The many months I spent in isolation, listening to the same songs over and over, were prodromal positive symptoms. But I had no explanation for what afflicted me, back then. I would later learn I was suffering from schizophrenia, after going through a terrifying psychotic break.

Despite my isolation I had the outward appearances of normality. I made excuses to my girlfriend and friends about needing time to focus on my career. And I was still writing articles, even getting some published, despite the impact of the disordered and grandiose thoughts on my writing style. Looking back my personal creativity was at its lowest point but I did not feel that way at the time, in fact I did not believe I needed any kind of help. Then the worst night of my life happened.

One night, five years ago, my girlfriend came over to check on me. She knew I would brush her off so didn’t try calling or texting first. My roommate let her in, and she knocked on my door and asked if I’d leave my room and see her.

At that point I was going through a period of intense grandiosity, believing that if I stopped listening to a certain song over and over, the band would break up and shortly after the lead singer would have a massive heart attack. Bizarre, right? It is almost embarrassing to write but at the time it felt so true and so important, the last thing I wanted to do was turn off the song and see my girlfriend.

But she kept knocking, so I came out. I am sure I looked terrifying, my clothes having not been changed for days, unshaved and underfed. She told me she was worried that I had a problem- I was smoking too much pot and shutting everyone out of my life. I refused to hear what she had to say, and we started fighting.

Then I lost control altogether- I felt my mind slip away, a physical sensation, like water coming out of my ears. I shoved my girlfriend so hard that she struck her head against the wall and started bleeding. My roommate tried to get between us, and I hit him too. At this point my girlfriend called the police.

When they arrived, I was screaming about how important it was to get back to the music, that if I failed to do my duty the band would break up and people would start dying. The police handcuffed me and took me to a hospital.

According to Mental Health Daily, this diagnosis is characterized by a mix of symptoms from the different subtypes of schizophrenia: catatonic, disorganized, and paranoid. The delusions I suffered were considered paranoid, while my speech patterns and personal behaviour were considered disorganized.

My treatment started with medication in the hospital and then I was discharged to a treatment facility. I spent months in the treatment facility learning how to cope with my symptoms, which would never fully go away, but could be controlled if I stuck to my medications and gave up smoking pot.

That was five years ago. I am happy to say, I am back with my girlfriend, and I am back to writing. I take heart from stories by others affected by schizophrenia.

Rebecca from Mental Health Talk has written powerfully about the need to share your story with others. I think if more people were educated about schizophrenia, they would not feel the need to hide.

Other writers and thinkers suffered the same way, like Jack Kerouac, and John Nash, but they were able to continue writing. You are not alone. You can recover, and you will be heard.

When talking about mental health, Mike Jones calls himself “obsessed”. He believes that the mind has unlimited power, no borders, and it’s the only thing no one can steal from us.