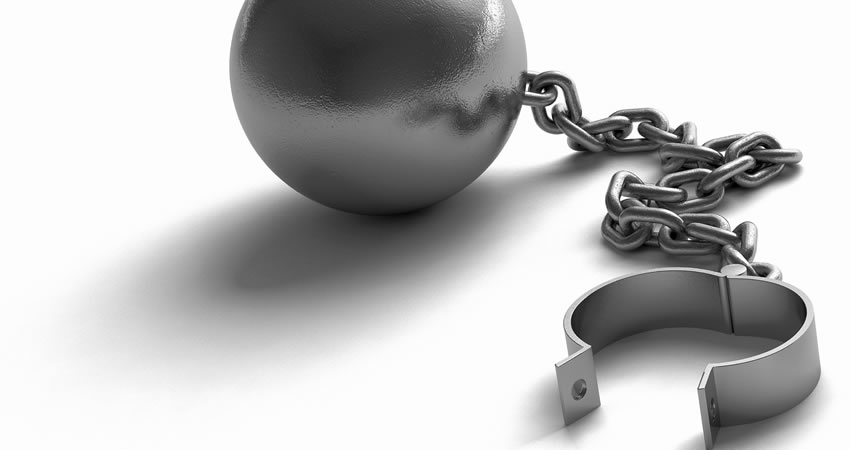 At the age of 18, I said enough was enough. I broke up with my controlling boyfriend of 4 years. I was upset, but he took it harder than I did. Probably because he was still blindsided to the reasons why I was leaving him. “Why are you doing this to us,” he pleaded. “Please, don’t do this. I love you.” His sweet words no longer swayed me. I had made up my mind. When he asked “why,” a million thoughts started racing through my mind.

I’d finally seen the light. I saw exactly what my family had been telling me for years: he was controlling me and my whole life. He had been since the beginning and he wasn’t the same person I had loved once. Because of him, I felt I had no control over my life, because I gave him my life. I gave him every ounce of me to the point that my mind was being tainted by nothing but depression. Many factors had caused my depression, all of which came from the relationship I had with him.

Here is my story.

Throughout our relationship, there had been many situations that resulted in my severe depression over the years. One continuous situation was he made me jealous because he would entertain other girls. His only excuse for not cutting them off was because he didn’t want to “break their hearts.”

Another situation that often repeated itself was he would convince me to do activities that I didn’t feel comfortable doing. Physical and sexual activities that I felt bad about doing afterwards. He would tell me I “didn’t love him” when I didn’t do them.

One of the worst set of situations was all the times he convinced me to stay away from my family. I would often confide in him when my mom and I had our arguments and at the young age of 17, he convinced me to try to move in with him. I almost lost my family because of his controlling ways and I could never forgive him for that.

I could never forget the kicker: all the times he would throw fits when I wasn’t around him. When I wouldn’t text him within a certain amount of time, he would double, triple, quadruple text me thinking that I was ignoring him. In reality, I was doing chores, or talking to my family, or working at my job. I felt lost and alone, like I was sinking into a bottomless pit and there was no way to escape or stop falling.

The sad part was I found out what he was doing before he ever did. And quite frankly, I don’t think he will ever realize what he did to me. My decision to leave was honestly the best move I’ve ever made. For the first time in 4 years, I could focus on myself and what made me happy. From that moment on, I started my self-journey of finding myself and curing my depression.

It’s Time for A Change

Although I had acquired this newfound freedom, I was still stuck in a dark pit of depression. It certainly made it worse that when I asked people close to me for help, they were unable or not willing to help me. This was possibly because they were unaware of how to help someone who was undergoing mental health problems. This has been an ongoing problem that has haunted my family for years: no one ever spoke up about their mental health issues, which ultimately led to the conversation being uncomfortable to speak about. But that’s a story for another day.

The first step in my journey to peace and serenity was to eliminate every toxic object. This specifically included people who were bringing no joy to my life and every object that reminded me of my ex. This step surely took some time to complete since my ex had given me many gifts throughout the years: teddy bears, pictures, jewelry, and much more. When I realized his controlling ways, I also realized that he had given me these gifts to make me feel loved. This ultimately distracted me temporarily and made me believe that I was crazy for thinking he was controlling me.

When eliminating these toxic objects, I had to constantly remind myself that what my gut was telling me was right. He was controlling me, even when he was being a good person, and that I should not run back to him whenever he tried to sweet talk me. This is a valuable lesson I learned known as self-control. Without it, I wouldn’t have come out of this situation a stronger and more mature person.

Me, Myself, and I

After eliminating everything toxic in my life, it was time for me to get over my feelings for my ex and focus on finding myself. One main problem with our relationship was that since he was controlling me, he made me feel like he was the only person I needed in my life. Amid that, I ended up forgetting who I was, what I liked, and much more about my young teenage self.

Now, the opportunities to get to know myself were so endless that I didn’t know where to begin. As a result, I started doing activities by myself to see what I liked and what I didn’t like. I went on late night rides in my car, out to eat at restaurants, and even walks in the park all by myself. In a way, it was like taking myself out on a date and I loved it.

Within months of doing things by myself, I learned many interesting lessons. One of the most important being that I couldn’t let anyone try to take control of my life like I had let my ex for all those years. This led to the next valuable lesson I’ve learned: that I will survive in life with or without a person by my side. And if there is a person by my side in the future, they will support my independence instead of trying to control the type of person I am.

The World Is Mine Now

Finally, it was time to see what the world had to offer for me as a newly independent woman. By this time, I had started college and I was excited to explore new territories. I ended up meeting a few new people in the process, some of who have taught me important life lessons. Also, I stepped out of my comfort zone and tried new activities that I ended up enjoying. At this point in my life, despite my ex trying to get into my head to convince me to come back to him, I was in a happier state.

I’m going to be honest here: occasionally, I still suffer from depressive moments. Sometimes, I have moments where I feel worthless and that I can’t achieve anything in life. On those days, I typically curl up in bed with negative thoughts running through my head at 100 miles an hour. Now to combat those depressive thoughts, I just physically get up and do something that’ll keep me busy. Something that’s interactive and entertaining, such as exercising, taking a drive, or simply taking a small walk outside my neighborhood. If I’m busy doing something specific, my mind switches from having depressive moments to focusing on more positive thoughts, causing me to become happier.

For the people who are suffering from depression or have been through a similar situation to mine, I want you all to know that you’re not alone. If you feel depressed for any reason, it’s important to speak to person you trust who will understand you and help you combat this feeling. Unfortunately I didn’t have anyone to express this too, so I had to take the long road to recovery by myself. Anyone can cure their depression on their own, but it also helps to have a support system behind you to help you through the difficult times. No mental illness, such as depression, should have to dictate how your life goes. Nothing should interfere with your happiness. It’s time to claim it as your own! 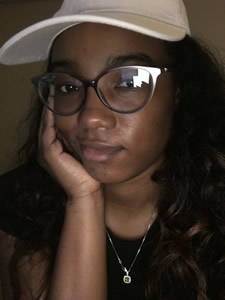 Dericka Miller is a professional freelance writer who specializes in performing many writing tasks, such as ghostwriting and resume writing just to name a few. She is dedicated to building relationships with her clients and meeting all of their writing needs. To learn more about Dericka, visit her About Me page on her website, www.derickawrites.com.