“Your sex addiction turns me on”, he said. A sharp pain in my chest. I thought: you have no idea. I didn’t tell him that sex didn’t equal pleasure for me, that it was an attempt to escape my depressive thoughts. That sex wasn’t just a part of my life; it was my life. And that it almost killed me.

He wouldn’t understand that sex addiction is not about how many sexual partners a person has or how much sex they have; rather, it is when sexual behaviour becomes so detrimental to the point of neglecting health and personal care or other responsibilities.

I could have sex with three different guys on the same day, biking from one appointment to the other. I didn’t remember their names, sometimes we never exchanged them. It wasn’t necessary anyway, each one of them became a number. Like no. 11 I met at the train station and subsequently had sex with in a photo booth. Or no. 43 with the white socks I hooked up with in the restroom of a club while his girlfriend was ordering drinks at the bar. My list of sex partners also contained ‘the regulars’, who were always just one call away; the neighbour, the colleague, the class mate. All momentary fixes.

I was drunk six days a week, massive black outs. It became normal to wake up in my own vomit. My mind was so unclear; birth control pills, did I take them or not? Condoms, did he use one? After a while it didn’t even matter, I just took the morning after pill again and again. Plans? Ambitions? They blurred out. I couldn’t focus during lectures in university because my sexual fantasies clouded every other thought so I would be sitting in the back of the class on my phone, sexting. And after a while, I just stopped showing up. I called in ‘sick’ for work too many times. But that’s not even why I lost my job. When I seduced my boss in front of his wife at a work party, that’s when I got fired. And after I showed up at the funeral of my best friend’s uncle while still being drunk from the night before, there was no one who even wanted to take part in my life. My sexual behaviour had reached its boiling point: it was out of my control, I couldn’t stop. Not when my boyfriend asked me to. Not when I woke up in the hospital after a suicide attempt.

The self-hatred was burgeoning and I needed to find a way to stop punishing myself. But how do you do that in an environment in which so much damage has been done and nobody talks about it? I moved to another city – a geographical cure, focused on finishing university, found a job, exercised regularly, committed to voluntary work, applied for a mindfulness course and started reading about Buddhism, healing and trauma. I discovered that my family had a history of depression and addiction. It didn’t start with me. It wasn’t my fault. I just wasn’t born in the category of people with natural coping skills to manage emotions.

Once you define what you’re facing, you can start working with it. I researched different coping tools, found out which ones worked for me, and made them my daily exercise. My most important tool was learning to tell my story. Overcoming the shame and fear of who I was. I was terrified of the risk of being seen as a freak, but there weren’t many alternatives left. The geographical cure helped because I was surrounded by open-minded people who were prepared to listen. And the more I shared my story, the more I discovered that I wasn’t alone in my journey. Not only did my experiences changed people’s perspectives about addiction, they allowed them to share their own struggles. Sharing my story opened the door to the one thing I craved and feared most: intimacy. All this time, I had substituted human connection, true intimacy, with a false idea of getting closer to another being: sex. Boy, was I wrong. It had only brought me self-isolation instead. But now I knew the difference.

And even if some would judge my story, I didn’t care anymore. At least I was on the road into another direction than where I came from, with a belt-buckle full of tools instead of grasping in the dark. Where I was headed? I didn’t know, but breathing became easier and laughing became more truthful.

Nowadays, I love my flaws, my relapses, my journey, my determination. I still struggle sometimes but at least I have the tools and experience to keep myself on track. And to help others. Sex addiction or compulsive sexual behaviour is still widely misunderstood and has only been acknowledged as a disorder by the World Health Organisation in 2018. It’s important to keep raising awareness in order for others to recognize the signs, to take them seriously, and to make those with sex addiction see that they are not alone. I, now, travel around with my one-woman storytelling show Dr. Jekyll and Miss Hyde to tell my story, because I believe that stories can save lives. 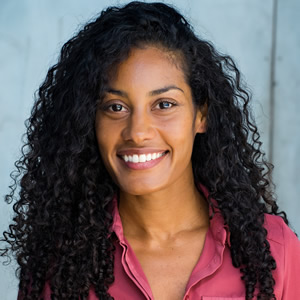 Raksha is an actress, writer and storyteller. She is fascinated by the messy side of human beings, from weird quirks to dark secrets, exploring the inner ‘freaks’ we tend to hide from the world.