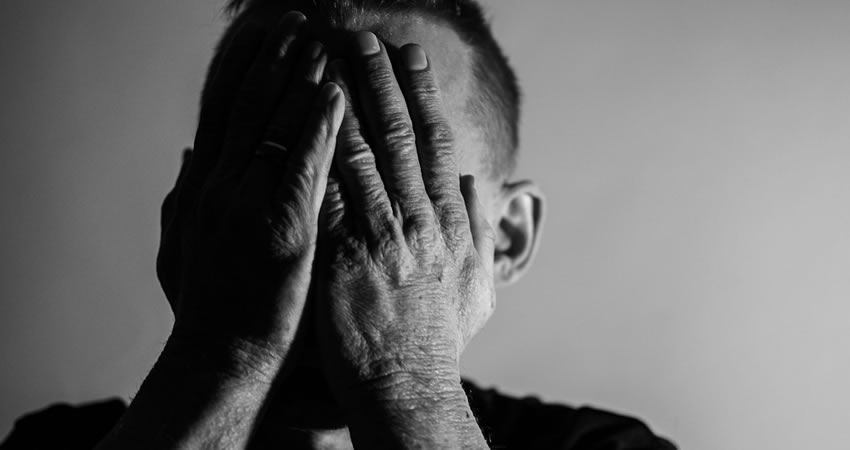 Many of you might be thinking, “How is his story of battling with anxiety going to raise me up from the despair of a most incapacitating condition which has cut into the very core of my mundane existence.”

To those skeptics out there, I want you to know that I understand what many of you are going through, just trying to get a handle on your racing and/or obsessive thoughts that have led you to a very dark and seemingly hopeless place in your life.  Having said this, my hope is that you will read about my own battles with anxiety and how I’ve come out the other end.

An examination into my own upbringing, transitioning into a teenager and, finally, becoming a young adult, I think it’s fair to say that I was an anxious and fearful person.  Looking back, it might be fair to assume that I was genetically coded to feel anxious and fearful.  Although that’s a hard thing to prove, I think that I was hardwired to feel anxious and fearful.  Regardless of whether you or I buy into this theory, I do recall early events in my life that came to shape my thoughts, feelings and actions (behaviors) that, for me, paved the way for a vicious, debilitating and seemingly hopeless pattern of anxiety and fear.

Never really feeling a sense of inner peace, I felt like I was riding an emotional roller coaster from which I could not gain any sense of relief.  I became a hostage to my inner world of fear which reflected in a constant struggle to feel comfortable in my own skin and, in turn, led me to avoid opportunities for personal, professional and social growth.  With this feeling of lack of ease came a perpetual self-monitoring, along with a need for validation and a fear of coming up with the right words that would spare me the embarrassment of negative comments or evaluation from others.

Operating in a constant state of worry (what if’s and worst-case scenarios) became a way of life, and although I managed to find moments of joy and solace, it was a temporary nature. Most of my time was consumed, wasted, in fear-based thoughts and emotions.

Now, some of you may be wondering about the connection between your thoughts, emotions and behaviors.  As I began to examine my relationship with these three components (side note: they form the basis of CBT (Cognitive Behavioral Therapy)), which I first explored on my own, with minimal success, only later to seek the guidance of a mental health professional (trained in anxiety) who supportively guided and challenged me to better understand my relationship with anxiety (sometime referred to as “worry.”) and fear.

Like peeling off the layers off an onion, my understanding of my inner-core (therapists such a myself call it “insight”) represented the beginning of my path to freedom from anxiety; and in doing so, I developed a “new framework” for understanding my relationship to other seemingly negative or discomforting emotions where, eventually, I was able to see all emotions as neither negative or positive but as a “gateway” for information rather than things to avoid.

In allowing myself of feel what I needed to feel, to understand my relationship with these feelings and how they were connected with not only past experiences but non-productive thoughts and obsessions, I eventually came to understand what my emotions, including anxiety and fear, were communicating and, with the help of my therapist, learned to move from avoidance of unpleasant emotions towards challenging them to move forward as my coping skills increased (think of a “tool belt” for dealing with anxiety, depression and other unpleasant emotions) leading to new, more productive behavioral (action) responses.

Now, back to my early life experiences…

Unlike some persons suffering with anxiety and depression, my early experiences were not shaped by trauma.  I was the product of two loving parents, and I didn’t feel as if I was lacking materially.  My parents were always there to listen to what I had to say and, of course, offer guidance. But throughout all this, I never really shared my struggles with self-esteem, anxiety or feelings of loneliness.  I was ashamed to acknowledge them for fear of being considered “weak” and also, in retrospect, despite my agony I think I was too fearful to take a risk to break out of my shell.

As for the origin of my anxiety and fear, although I can’t be totally certain I think it stems from the mixed messages I received from them.  My parents were holocaust survivors who lost most of their family during World War II.  Under the constant threat of annihilation, they took many risks in order to survive.  Following the end of the War, they were displaced persons traveling from country to country to seek refuge.

Eventually, they were offered entry into the United States. Many years later, my parents told my sisters and me that their first born (a baby boy) died a few months into his life. Today, it would probably be called Sudden Infant Death Syndrome. My parents rarely brought it up again. I think the memory was too painful to deal with. So my sisters and I respected my parents’ pain and let it be. But I am positive that the loss of family members and their American-born baby boy had a profound impact on them.

After my sisters and I were born, the importance of family became abundantly clear, as my parents became selflessly devoted to their kids. In later life, it became clearer to be that the mixed messages that I received from my parents and, in later life, their interference in my relationship with my now-wife, were born out of their own fears of abandonment and needing to keep the family together at all costs.  After all, I was their “son,” and having lost their first baby-boy, I surmise they invested all their energy and efforts in reclaiming what they lost.  In many respects, I was held to a higher standard than my sisters.

Now, having told my story, I don’t want you to think I blame my parents for my anxiety.  I understand that my parents did the best they knew given their own history.  So, while I acquired insight into how my anxiety developed, I came to realize that it was up to “me” to do something about it.  It took me a long while, but I finally mustered up the courage to seek the help of a mental health professional who told me not what I wanted to hear, but what I need to do to gain freedom from anxiety and depression.

My wish is that my personal story will encourage you to take that first step towards gaining freedom from anxiety and depression which I’ve achieved.  I now live with joy, inner-peace and purpose.  I wish the same for you.

Irving Schattner is a licensed clinical social worker and psychotherapist in Delray Beach, Florida, with a private practice (Counseling Center for Growth and Recovery), specializing in helping individuals, couples, and families overcome real-life challenges such as anxiety disorders, depression, and addictions. Irving enjoys helping his clients achieve a life of inner calm, joy, and purpose in one-on-one counseling sessions or through online therapy from the comfort of home.

With over 25 years of experience, he recognizes that no two clients are alike, and takes from a richness of various therapeutic traditions including psychodynamic, cognitive, behavioral, psychodrama, emotionally focused, systemic therapies, Gottman Method Couples Therapy, and other modalities, with the purpose of individualizing treatment that best meets his clients’ needs.

If you’re interested in his counseling services, please call (561) 404-1482 for a free consultation.

You may view more of Irving’s posts on MHT here.