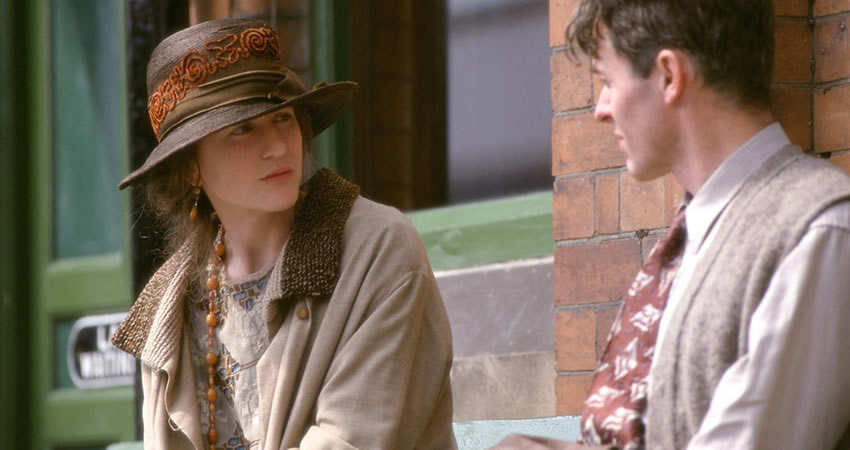 I love a good story. A compelling narrative, intuitive prose and enticing characters as well as stylistic creativity are all components which lure me into particular fictional and non-fictional worlds, whether that story is interpreted on paper or on screen. Like most of us, people whom I can identify with make a novel, film, even artwork or piece of music more resonant on the personal scale, as well as stimulating on the intellectual one. But once in a while, I come across a film which combines all these elements which I believe are essential in good storytelling, and on top of that, one which affects me in a way so profound that it is like a great weight lifted from my shoulders.

Like many of us, I have struggled with depression and anxiety for years, but my revelation of just how deeply-rooted this anxiety in particular was didn’t occur until I moved away from home. This isn’t because I wasn’t ready for the big world – I was hungering for it. It was because I was finally in an environment where I could explore all of my feelings freely as I tried to figure out who I was. It was an incredible period of growth, and while there were some dark and difficult times, with the help of friends and family I overcame my anxiety – although it always lurks in the back of my chest, like a crushing specter waiting to sweep me away – and one which I constantly fight.

One of the most difficult parts of being depressed and suffering from anxiety was trying to express how I felt and finding out the reason why. Did I have a chemical imbalance or neurological instability? Was it a side-effect of the physical health problems I was suffering? Was it incidents in the home and childhood which set the foundation for this difficult state of mind? Did I feel without purpose in this life? Or was it quite possibly a combination of all of these, coupled with the fact that I have always been designated with that ever dreaded label, “being too sensitive”?

As many of my readers may know, there isn’t always an explanation, and getting to the root of a sole source, if there is one, can take years of agonizing excavation (although it doesn’t always have to). When a particularly prominent person came into my life, I struggled to communicate not only my depression and anxiety but the pain I was going through; not only was I dealing with my own misery, but I was having to “prove” it to someone else, to “justify” these feelings when, as far as others could see, “nothing is wrong.” I know not everyone can understand, and I know it’s hard. But it’s hard for the person suffering from a mental illness as well, who needs all the support and compassion they can get. The understanding can come later.

Then one day we watched The Hours. Based around different periods in time of women and men who struggled with mental illness, particularly Virginia Woolf, it captured through its use of sound, music, silence, dialogue, expression, and even camera technique the way in which depression and anxiety can become all consuming. Since the first dramatic opening scene of the film right until the end, I wept. I wept not just because I sympathized with the characters, or that I was (and always have been) receptive to beautiful film, but because I wanted to say “This is how I have felt. This is my pain, this is what it means to be me.”

I’m not drawing any correlation between myself and the protagonists, nor rejoicing in a solution because frankly, the film doesn’t illustrate one but it does offer hope. It is the fact that for the first time in my life, I really felt someone understood, and even better, they were able to illustrate that to the rest of the world in perhaps the most sensitive and intuitive way possible. I found a voice, and this alone has been the best therapy I have ever had, healing and empowering. Through the power of this film, I found peace.

Juliette Peterson works as a writer now, however, over the years she has worked within the mental health sphere helping to support people who have suffered traumas and post traumatic stress disorder. Juliette herself suffered from severe anxiety and depression throughout her teen years after a mugging. She recently helped to compile and put together this very helpful PsychGuides article on Psychosis which she hopes will benefit other sufferers.