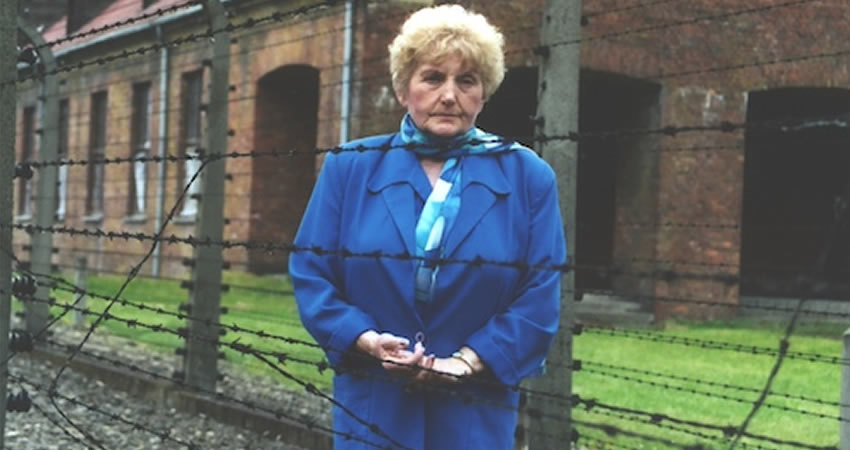 Last night I watched a documentary on Amazon Prime called Forgiving Dr. Mengele. It was about a woman named Eva Mozes Kor who, at the tender age of nine, found herself together with the rest of her family, standing on the train platform at Auschwitz. Kor’s family was from Romania and they were deported in 1944. Eva was a twin and the two young girls fell into the hands of Dr. Josef Mengele who conducted experiments on twins.

Many years after being liberated from the camp, she made a trip back to Auschwitz where she met with one of the doctors who had performed experiments on her. Eva recognized that in order for her to fully recover, she had to find a way to forgive him and the other Nazis who had tortured her.

She came under enormous criticism from other Holocaust survivors for this act but she explained she did it for herself, NOT for them.

The story resonated strongly with me because of my own experiences at the hands of my father who beat me for most of my young life all the way through my teenage years. I, too, finally came to the conclusion that in order for me to heal, I had to find a way to forgive him.

I was diagnosed with Borderline Personality Disorder (BPD) about 35 years ago, back when the diagnosis was fairly new and not well understood at all. I struggled with my dramatic mood swings and my explosive anger for more years than I care to even think about.

So at first I didn’t understand my need to forgive him. It caused a lot of bewilderment in me but by that time, I knew that BPD is caused by trauma. For me, as a young girl, being assaulted by my own father, the man who was supposed to protect me from everything and everyone, caused great confusion when I was young. It is what eventually caused great rage in me as well. Rage because of the sense of helplessness I felt every time his fist slammed into my face. Rage because of the hopelessness I felt because I thought I would never be able to escape it or him. My father became my tormentor and my mother was his silent witness because she never attempted to stop him or intervene. However, I eventually came to know what had caused him to become the abusive angry man he was and I knew that I would suffer the same fate if I didn’t find a way to heal myself.

Like the Nazis, my father never showed any remorse. I only knew that I was exhausted from carrying all my rage and bitterness around. I never discussed it with him. After years of deep contemplation and introspection, I simply forgave him.

Forgiveness is a tricky thing. Do you wait for the person who has wronged you to ask for your forgiveness? Do you have to tell them that you have forgiven them? In my case, neither of those things occurred. I sometimes wonder if my father even knew that what he was doing was wrong. But, how could he not have known? The answer to the question lies in the fact, as my mother told me as I was going through this process, that he himself was assaulted regularly by his own father. I decided that I did not have to discuss it with him or tell him, or anyone else, that I had come to this decision. I simply forgave him. And I started to get better. I also made up my mind that no matter what happened, I would never hit any of my own children.

What happened next was that I was able to “be” with him when I would visit. I could sit next to him without my rage burbling up and taking up all the space in the room. I discovered that I could meet him where he was and find it within myself to talk about things that interested him. It was okay for our conversations to be about football and golf and playing pool. I discovered a gentler side of him I never knew existed. This was really the beginning of my journey toward healing because it allowed me space to finally see him as a human being instead of a monster lurking in the shadows that could step out at any moment and knock me off my feet and pummel me.

Many other people I know in the BPD community say they could NEVER forgive their parent(s) for the horrible childhood they had. They are completely unable to move past the tragedies of their past. I, however, see that as just another way of compounding the trauma. By continuing to carry it around in themselves they, in essence, take over the job of their abuser. They let a deep wound continue to fester. I was unwilling to continue living with such anger in my soul. Forgiving him was the greatest gift I ever gave myself because it allowed me to take the first steps toward my own BPD recovery. I escaped from my BPD largely because of taking this step and I am grateful I could.