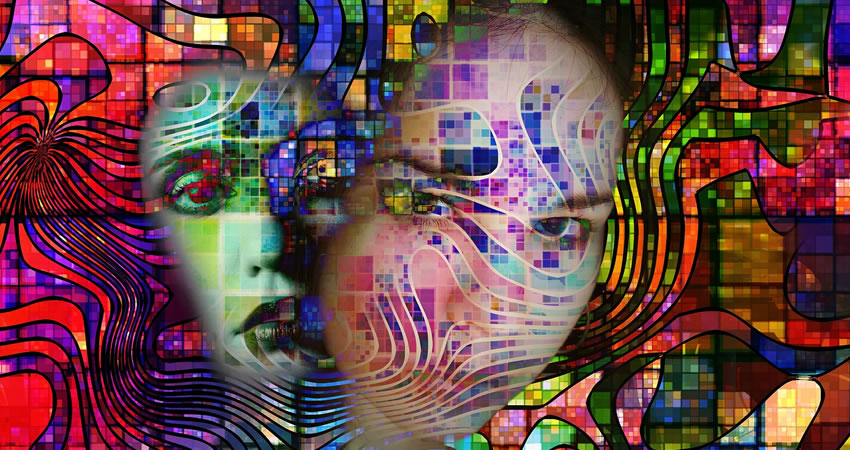 I am 35 years old. I have two university degrees in education and am working on a third in psychology. I have a regular, somewhat demanding job that most of the time I like to think I am pretty good at. I like to sing, to paint, to write, and to devour books like words are going out of fashion. I am in a steady relationship with a wonderful man, have amazing friends and family, and generally love the life I have created for myself.

I also carry a secret. It’s three years old, but not a toddler, though there are occasionally invisible tantrums involved. It requires constant monitoring and management of medication, but I have to see a psychiatrist to do this, not a GP. It sometimes lands me in hospital, but can’t be fixed on an operating table or with IV fluids.

When you tell people you have diabetes or a dodgy back, they tend to accept that those things don’t change who you are as a person, or make you a liability. When you tell people you have a mental illness, the reactions sometimes – not always – range from disbelief (“You seem so normal!”) to mistrust (“Does the TV send you messages?”) to avoidance (“You probably wouldn’t have wanted to come to that party anyway.”). You become an unknown entity, someone to be wary of. A time bomb.

When I am well, all the things I told you about myself are true. When I’m not, they are still true, but occasionally they get buried the further I fall into acute illness. Sometimes I can’t work, or follow the plot of a book, and all the colors on my palette start to feel like different shades of black. I have learnt over the last three years not only to (mostly) accept it, but to control it, and I am incredibly lucky to have a great support network to help me do this.

1. I can’t just snap out of it, or ignore it. This can be super frustrating to hear. Sometimes I describe my (occasional) reality as having the TV and the radio on loud at the same time, while trying to read a book AND have an intense conversation. It works as a descriptive; and you should try it sometime; but keep in mind that once you’re done trying it, you can remove the distractions with the flick of a switch and go on with your day. For me, it isn’t that easy.

2. There isn’t always a reason for a bad day. Schizophrenia is a chemical imbalance. Yes, symptoms are often triggered by external events, like not enough sleep, or stress, or big life changes. But then there are other days when I wake up and it’s noisy in my head for no reason I can pinpoint. This is frustrating enough, and even more so when you ask me what’s wrong… but what you really mean is why are things going wrong. You mean well, and you want something you can point to as a trigger and offer advice on, but sometimes there just isn’t one. It doesn’t mean my experience is any less real, or less hard.

3. There are two types of symptoms in schizophrenia (and other MI): positive and negative. And you’re probably thinking “well, positive sounds ok!”. Positive symptoms add something to my life, but it’s not like winning the lottery or getting a free coffee. It adds voices, or whistles, or static-like noise. Sometimes I see shapes and shadows that vanish when I look more closely. Occasionally people’s faces change into something frightening, or I hear a different set of words than what’s coming out of their mouths. Negative symptoms are easier to understand: it’s losing things from your life. The ability to concentrate, or motivate yourself, or get dressed. For me, the positive usually happens first. It makes me doubt what is real, what I see, what you say. It chips away at all the stuff that makes me me. Imagine traveling somewhere that you don’t speak the language. Your senses are in overload trying to absorb all the unfamiliar things. You can’t read the street signs, and when people approach you you don’t know whether they are offering help or chastising you. Now imagine that you’re in a place you know well, but everything above applies, and suddenly nothing is familiar or safe. It. Sucks.

4. If I bail on stuff, it’s not a reflection on you. I am constantly at war between wanting to participate in life and wanting to run away. When things are noisy in my head, everything gets so much harder. I can hide it from you for awhile, but it’s like walking in dry sand: the longer you try, the harder it gets to keep moving forward. I’m pretty good at ‘performing’, and it might seem like everything is ok, but inside I’m screaming. The louder it is in my head, the more energy it takes to pretend it’s quiet. It’s exhausting, and sometimes I just can’t stay after dinner for coffee, or show up at all. It’s not because you’re bad company, or that you’ve done something wrong. I’m just too tired, and maybe I don’t want to perform (because it feels like lying) but I also can’t risk telling you the truth. Also, see #5 and #6.

5. I don’t mean to seem ungrateful or difficult. It is a struggle to know sometimes how to explain where I’m at, and what to tell you when you ask how you can help. Something that helps one day might not help the next, and I don’t know how to tell you that without confusing the shit out of you, or alienating you. It is easier to either deny I’m having a bad day at all, or accept whatever you’re offering without telling you it isn’t what I need today. Because you are somehow still here, offering your friendship and support, and that means so much to me. I know you mean well, and are trying so hard to help, and I don’t want to make you feel bad. And tomorrow, or the next day, or in a week, I might want that hug, or to talk it through, or to go for a walk. I don’t want to burn any bridges.

6. I do trust you, but I also want to protect you. Sometimes while we are talking, someone in my head is telling me that if I confide in you, one of us will get hurt, or injured, and it will be my fault. Sometimes they say that you are out to get me, or just pretending to care. On a good day, I know you’re not pretending, and that you genuinely want to help, but they are very persuasive, and I want to protect you. It might seem like I’m dodging your questions or actively pushing you away, and I get that it’s frustrating for you. I feel incredibly guilty a lot of the time about being ‘too hard to deal with’, or being a burden on the people that I love. That means I will usually try to spare you from the finer details. When things aren’t great in my head, I hurt, and I don’t want you to hurt too.

7. There are no wonder drugs, and no quick fixes. Medication is a key part of treatment – but most antipsychotic drugs have side effects and there are a lot of different types and combinations. Some people find one that works for them fairly quickly, others – myself included – have to chop and change to find the right drug/s and dose/s. I don’t like taking meds, but I have accepted I need them. Regular contact with a therapist is another key factor – but there are heaps of different approaches, and you have to find the right person (or team) for you, then build a therapeutic relationship with them. It’s sort of like dating – you wouldn’t go on multiple dates with someone without feeling some kind of connection developing. Unfortunately, there is no right or left swipe system for finding a suitable (and available!) psych, and they barely ever buy you a drink before you take your metaphorical clothes off.

8. The system for getting help is pretty broken, and mental illness generally gets a bad rap. When I first started experiencing symptoms, I was given a number of different diagnoses, from ordinary depression to bipolar disorder to borderline personality disorder. One professional saw me for less than 7 minutes, at 5:30am, after a night of no sleep in an ER cubicle on my own (and ankle deep in what I recognize now as acute psychosis) and promptly told me I was making it all up for attention, then sent me home. In the early days, medical staff told me (or wrote in my notes while I read them upside down) that I had ‘low resilience’, ‘low intelligence’ and was ‘non-compliant’ and ‘hysterical’. Doesn’t exactly fill a person with confidence. I also spent some time as an inpatient in a public MH facility. It was decidedly less than fun. I am incredibly lucky to have found a way out of an overloaded and underfunded public system. The people that you hear about on the news, the ones we are taught to fear or ignore: they are not the face of mental illness, they are usually the exceptions to the rule.

9. Schizophrenia is for life, but it doesn’t have to be a life sentence. It’s been three years now since I was diagnosed. It hasn’t always been easy, but it’s not completely crap either. I have learned a lot of things about myself, met some pretty awesome people who have labels of their own, and I have some absolutely amazing people in my corner. The last couple of weeks have been full-on, and at times it’s been a challenge to keep old mate Boris in the background. One of those absolutely amazing people I spoke of earlier pointed out to me today that 18 months ago, I would have probably been admitted by now. Do not pass go, do not collect $200. Instead I am still in control, being (mostly) sensible, and working through it, even though that means hard conversations and tough decisions. Yesterday I sat down thinking I wanted to write something about what it feels like to be unwell, and I couldn’t organize my thoughts well enough to explain. Today I can. Whatever tomorrow brings… bring it on.

Jane is an occasional writer, part-time psychology student and teacher who likes to sing, paint and hug her dogs. She was formally diagnosed with schizophrenia three years ago, but dislikes labels almost as much as she dislikes running as a form of exercise. Jane recently started sharing her writing with others in hope that her experiences inform others about some of the realities of dealing and living with a mental illness. She enjoys writing as a way to communicate and escape, but struggles with writing about herself in third person. You can find more of her thoughts at https://theworldismyapple.wordpress.com/