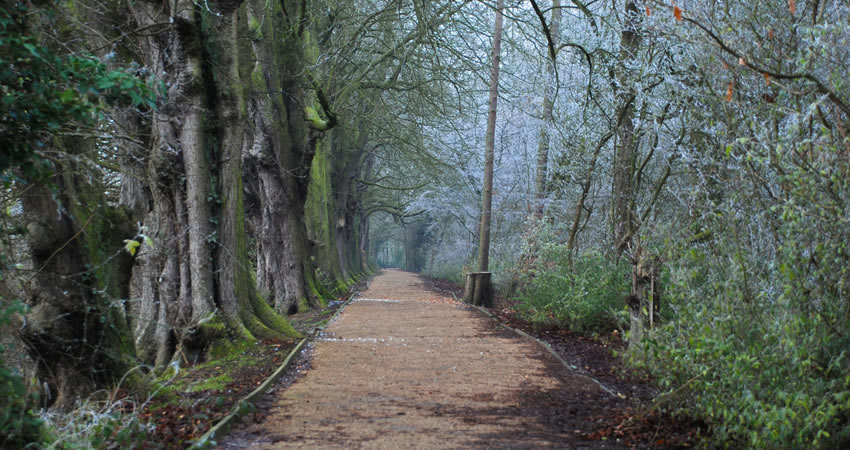 It wasn’t an unusual request for me to ask my partner to make me an Apollo space boot replica; it was through my hunt to find a talented costume maker that we met. I am a photographer who likes to shoot weird and wonderful outfits; she is a costume maker and our work bought us together.

It was strange however to come home and find her sitting on the floor of our kitchen surrounded by the remains of what used to be said space boot replica. I didn’t quite know what had happened but quickly analysing the scene — seeing the knife on the floor beside her and the chaos that was now our kitchen — I knew it was bad.

My partner was my polar opposite, full of life, energy and drive. We had been together for about a year and she was the person I aspired to be and always brought out the best in me. I’d dithered about going professional as a photographer and it was her pep talks that drove me to take the plunge and see if I could make it work.

The person sitting on my kitchen floor however didn’t represent this person in anyway; she sat with tears streaming down her face, screaming about space boots and threatening to self-harm. I felt like I’d walked into a movie scene — that it couldn’t possibly be real — but more concerning was that I didn’t recognise the person in front of me. She was a shadow of the girl I’d fallen for.

Her Bed Was Her Safe Place

In the week following she didn’t leave her bed; she’d sit and watch television all day in bed, eat in bed, sleep and then do it all again the next day. I tried to talk to her but my efforts were met with her shutting down and as one week turned into two weeks, I stopped asking because it seemed to upset her more.

If I sat with her in bed and watched television with her, pretending this was a perfectly normal thing to do every day, then glimpses of her personality shone through. I could see her, I just couldn’t reach her.

Two weeks turned into a month and we’d had numerous attempts to get out of bed and go to work. We both knew financially we needed her to work too just to pay our bills, but she would make every excuse to not go in the first place and on the failed attempts we got her to her office, she was home within an hour with more excuses about why she couldn’t be there.

Her car developed strange noises that were never there when I drove it. The business she worked for apparently had more burst pipes, power cuts and internet failures than any business could survive.

I stopped counting the days; it was months now and every effort to force us to return to how we were was fruitless. Her bed was her safe place and she simply didn’t want to leave it.

I Got It Very Wrong

I’m a fairly direct person and that’s how I initially approached the situation because I didn’t know any better. I encouraged her to go back to work every day, put pressure on her to do so as our bills started piling up and my efforts to go out and work every day weren’t covering them. I accused her of being lazy staying in bed every day, told her it was all in her head and she could just wake up tomorrow and go to work if she wanted too.

I’m not proud of any of this. I just didn’t know how to handle the situation; it came with no warning, there was no guide to how to deal with it and I just wanted the confident, driven, independent girl I knew back.

Don’t get me wrong, I offered her all the support in the world too, I provided for her the best I could, encouraged her to seek medical help and even though she wouldn’t get out of bed or leave the house, we had some amazing days during these months just lying in bed and being together.

I still to this day don’t know if I did the right thing with the threat of her self-harming; I told her if she ever did then that would be the end of us and I couldn’t be with someone who didn’t want to live, it was too much. I hoped in all my heart that she’d want to fight for what we had and that would be enough motivation for her to fight those thoughts. It did stop all talk of it dead in its tracks and it has never been mentioned again, but I feel like this was more luck than judgement.

We Walked…. A Lot

It was only when I realised that my actions were making her worse and not improving the situation that I accepted I wasn’t helping her and that hurt. I changed my approach entirely; I stopped telling her she needed to go to work, I stopped putting pressure on her to go to the doctors and I just put all my efforts into giving her all the love and support I could.

It was a beautiful spring day outside and we’d sat looking out of the window from our bed all morning, watching the world go by. Many months on from that evening in the kitchen and the wrecked space boot and with no pressure of responsibility on her shoulders, I asked her if she’d like to go out for a walk.

I didn’t give her chance to change her mind; I ran to the cupboard to get her clothes and shoes and before she’d even had chance to finish her coffee, I’d whisked her outside and we were walking down the street. We didn’t go far, we weren’t out for long, but she had willingly left the house and for me and this was a huge step forward.

I noticed when we got home that she didn’t get back into bed straight away; she pottered around the house a bit doing odd jobs before finally retreating to her safe place. I wasn’t letting this go; it was a tiny step but I put my faith in it. The following day I suggested we go out for another walk, somewhere different.

This became a habit; every day we’d head out to somewhere new to just walk. Nature reserves, woodlands and remote places were her favourite so we’d spend hours researching online locations that were nearby that we could go and visit.

As our walks got longer each day and we ventured further afield to find new places to visit, I noticed a distinct improvement in her mental health. Whilst she only left the house to walk, she didn’t stay in bed all the time anymore and she was doing things around the house, not living in her pajamas.

She laughed more, smiled more and seemed generally happier. It wasn’t an overnight occurrence; we walked for months and I should add that we still do.

Things improved from here; she agreed to go and see the doctors who prescribed her with sertraline, she started to let friends visit the house to see her and she’d leave the house to go and do small errands.

I spoke with the doctors, generally enthused about how our walks had changed her entire behaviour and they explained about how waking releases endorphins which is a neurochemical that boosts your mental health and decreases your sensitivity to stress and pain.

One Small Step For Man

An hour or so later she returned home with a beaming smile on her face, handing me a wrapped box with a huge bow on the top. We didn’t say a lot, we didn’t have too. I curiously opened the box and instantly burst into tears.

She’d left the house that day, not long after me, and been to her old workplace where they had let her use their machines to create me the most beautiful and accurate space boot you have ever seen.

Image credit: Paul David Smith (Paul took this image on one of their walks)

Paul David Smith is a professional photographer based in Peterborough, UK. He runs his business with the help of his loving partner who is managing her anxiety and depression the best she can through exercise and medication. She’s enjoying life, smiling lots and now running her own costume design company.