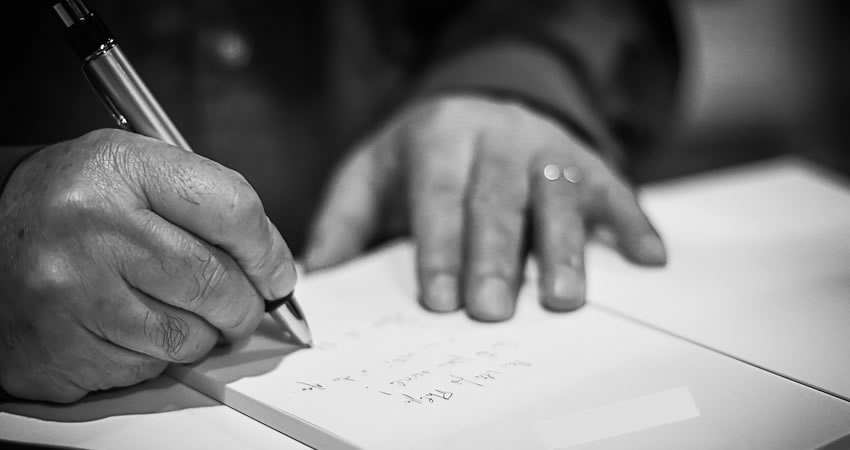 When you’ve been to hell and back more than once you can’t help but ask yourself a couple of universal questions when you’re under constant formidable pressure. Mine were: “What have I done to deserve this”; and eventually “Why me?”

Unfortunately there weren’t any instant answers and for me it began with plain old stress, which at the time was seen as a relatively harmless condition. Sadly, what lay around the corner were a set of life altering circumstances which would be out of my control, and they very neatly coincided with the recession at the end of the 1980’s in the UK.

My time in the mental health barrel

My first marriage ended in 1988, and in 1989 I was made redundant for the first time when the international printers I worked for ceased trading. Twelve years of graft and laughs ended one afternoon in January. Six weeks later I found work with another firm, only to be made redundant again four months later, a month before Christmas 1989. And then in November of 1990 I watched my father die of lung cancer. I really couldn’t see the point of staying on the planet after that.

This was just the start of my time in the mental health barrel, and a step closer to my first admission into a Victorian psychiatric hospital called Claybury (Woodford, London). Prior to this I’d been drinking heavily every night for three years and I’d reached the stage where I couldn’t eat. My daily diet in the final year before I was taken into hospital after I attempted suicide was: tea during the day and at night, eight pints of Guinness with double Jack Daniels and ice chasers, two packs of cigarettes and one packet of Bombay mix!

On three occasions I found new employment, but my disorder effectively ended my working life as I knew it. And as it continued its cycle of organised chaos, eventually my flat was repossessed and I was left with nothing at the age of forty-three. Now, you’ve heard the phrase, ‘it can’t get any worse’ I’m sure – it did! On my second visit to Claybury I was diagnosed with a type one bipolar disorder and when I was admitted again, two years later, I thought I’d been born with a target on my back! What I didn’t know then was that my illness would go on to bankrupt me.

I’ve survived five break-downs, been sectioned four times, and admitted to three different hospitals. I’ve also been arrested twice, and endured a severe beating by a dozen or more Military Policemen, while handcuffed, when I strayed onto an aerodrome used by the Queen. I was glad I was just having a high episode and wasn’t a terrorist, as her Majesty wasn’t landing there that day!

Well that’s the brief version of the rubbish I had to deal with to get to where I am today, and for some, the next part of my story may come across as one of those bloody annoying success stories you read about or see on TV, usually when you’re on a downer. I’ve seen loads of them over the years and my first reaction was always, “Yeah, yeah, yeah, that’s easy for you to say mate, you haven’t got a clue how I’m feeling.” Well sadly I do. However, no matter how many times you hear, “Try not to worry, things will get better,” you just wish you could take it on board.

I didn’t believe a word of it, but I’m here to eat my words and say, it is possible to get your life back in order after dealing with the fallout of a mental disorder. It may not be the life you had before the compost hit the fan but the chances of recovery are much higher now.

Legacy of the illness

For the uninitiated, you’re up against it as soon as word spreads of your condition, and you feel stigmatised from day one. The uneducated laugh at the situation, friends don’t know what to say, and as you’re drugged up to the retinas you have little to say yourself. In the end I learnt to ‘go with’ my diagnosis rather than fight it as I feel that, up to a point, a mental illness has to run its course.

I can clearly remember walking around in a drug-induced trance, waiting for the drudgery of the side-effects to end after starting a new batch of anti-psychotic drugs. Your life’s on hold while the correct medication is found to treat your diagnosis, and sadly it’s not an overnight fix. In my case it took four years and by then I’d lost everything I’d worked for.

And, as if I didn’t feel bad enough at the time, every ‘happy tablet’ I was ever given always left me in a stupefied state. The overall legacy of my illness today, after countless high episodes and E.C.T. (electro convulsive therapy) sessions are: a broken sleep pattern, to the point where I now have no control when I wake up and I need to sleep during the day. I also have to fight lethargy on a daily basis, and waking up properly takes me a couple of hours.

I avoid public transport when possible as I’m reticent about entering confined spaces, such as buses and train carriages with strangers in them. I was jumped on by four ward nurses in hospital and sedated in a narrow corridor and later passed out and I’ve never forgotten the experience. Once would’ve been okay, but this occurred three times. But it could be worse, I could be in hospital.

A not so funny idea

After years of mental dormancy my life changed, literally overnight, when I had my first appointment with an Occupational Therapist three weeks after my fourth break-down. Three years prior to this point a friend’s wife said causally one afternoon, “Why don’t you write a book about your experiences, it might help people in the same situation as yourself?” In true depressive style I dismissed the idea as ridiculous saying, “Who would be interested in a book about me?”

I didn’t read books, much less write one, and besides my spoolling and punkachewation were rubbish! During my meeting with Hilary she asked me to write down three things I felt I could do now I was out of hospital, it could anything, and she asked me to return with it at our next meeting. My mind went blank, and I couldn’t see past the notion of shelf stacking! Then I remembered what my friend’s wife had said and started jotting down notes every time the soaps were on TV, and eventually saw the possibilities of a short book.

I took the idea to Hilary, fully expecting her to burst out laughing, instead she said, “Let’s get you published first.” I couldn’t believe that anyone would take me seriously in the state I was in. I wasn’t quite sure what she meant, but her plan would go onto help me more than medication ever could. She referred me to a local user-run editorial team called, ‘Equilibrium,’ and on my first nervous day there I mentioned to Julia Bard, the facilitator, that I was considering writing a book about my illness.

I sat back in my chair and waited for a ‘there there’ pat on the head from the freelance journalist, followed by a bout of hysterics. Her concise reply was, “That’s a great idea, strong subject too. Bring some of your work in and I’ll run it past the team. We’ll edit your piece and use it in our next edition of the newsletter.” Well slap my thighs and call me Sissy, that was the first time I’d heard my ‘scribblings’ described as work! That was Wednesday, 11:45am, May 1999 and I haven’t put the pen down since or been back in hospital for 12 years.

Julia encouraged me to take a college course, and in 2001 I passed my GCSE English language exams, with ‘B’ and ‘C’ grades, aged 43. A few years later my work was recommended to a publisher by the new team leader of the editorial team, Maggie Gibbon and in 2007 my first book, Bi Polar Expedition was published.

I’ve sold copies, not hundreds but some, in America, Canada, Sierra Leon, Ireland, and of course the UK, and my most prized review came from a psychologist who said it’s the best user-written book he had read in over 30 years. Eventually, he and a colleague took a copy and used it as a training manual for their work in the field, during a six month stay abroad. I still find it hard to believe that my story, which was written in a back bedroom in London, made it half way across the world to India! 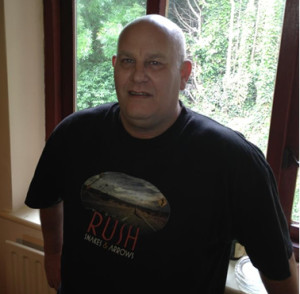 My name is Neil Walton and I have a type one bipolar disorder. I’m a mental health journalist, mentor, comedy writer and a published author and I live in North London, England. In 2007 my first book was published titled Bipolar Expedition.

Despite my illness my overriding passion is humour and I’ve studied it for over 40 years and it’s always been an essential part of my life. My observational humour (and a life full of much craziness with the occasional added dash of extremely strange) has given birth to A Section for Laughing now published in Kindle format. I have a third book, A History of Cricket and if you favour sarcasm, this should cause a few laughs.

I hope to raise more awareness of mental health issues employing the use of good humour on a wider platform. The irony is overwhelming really, after suffering with a protracted diagnosis, I somehow managed to hang onto all of my ‘humour marbles’. Now it’s time to play with them…

Leave a Reply to Alec ×