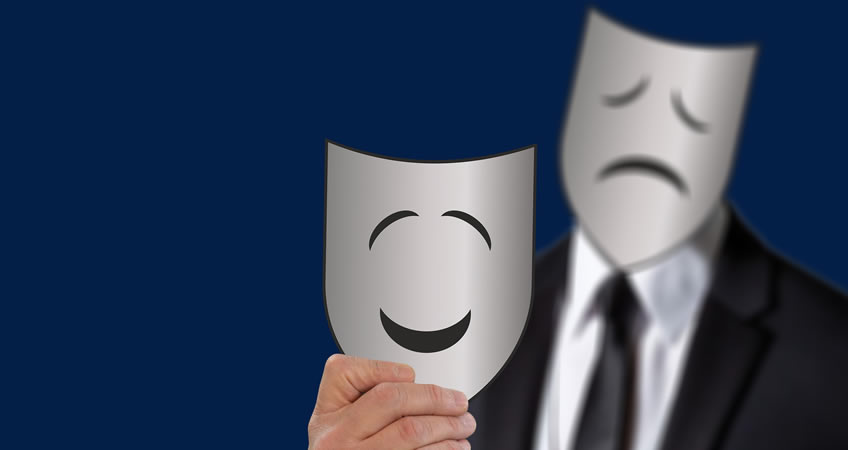 My early years on planet earth were both exciting and fun; scary and confusing. I grew up with 2 older sisters (11 and 12 years older) and my younger brother who was just 2 years younger than me. I had 2 loving parents and a cat named Snowball.

During my childhood, I spent a lot of time outside and playing with friends. Me and my brother had the same group of friends in the neighbourhood. We all played outdoors everyday; bike riding, playing basketball, getting chased by a beaver in a creek. It was super fun.

I always had this weird lingering feeling though, of being different from everyone else. You see, in my household, addiction was present.

There were always fights at my house, police would get called and I remember C.A.S coming once to remove me and my brother from the home. Thankfully, we didn’t get taken. But I remember visiting my sister in group homes and jail.

Yes, it was my sister that suffered from addiction. I watched her go through this nightmare my whole life, since before I even entered school. At first, it was confusing, but I knew she was sick. I saw her as “bad” a lot because of all the trouble she was always in, but I looked up to her and always hurt for her.

I remember being afraid a lot. My brother and I would hide all the time when we were small and then when we got older we would get involved in the fights as well. My whole family was very involved and very affected by this. It is so hard to witness a loved one go through this, and being so young I did not know the nature or seriousness yet of addiction. I would get angry with her and upset that she would act the way she would. I would be upset with my dad all the time, because his stress caused him to be so angry. I had a lot of anger around me, but also a lot of love.

Although my whole life had been a challenge, blossoming into a teenager with all this going on was difficult. I suffered from self esteem issues as well and always comparing myself. I started questioning why other people’s families were different than mine, why I looked different from other people, why I acted and thought different, why I felt different. I had dealt with feelings of depression and anxiety growing up, just didn’t know how to name them. I was also scared and embarrassed to tell anyone about these feelings, so I just didn’t. I pretended that I was okay a lot and then break down at home. I had some real close friends too. But I knew they would not understand, and opening up was really hard for me. Even though people could clearly see the issues I was dealing with, I never expressed how it was truly affecting me. I am not sure anyone really asked. But even if they had, I would have just lied. My mom would always say, “she’s just moody”.

Grades had always been super important to me. My father instilled education into us and I had all my plans laid out. In high school, I took the academic courses, did all the work, aced all the tests and was confident of at least going into post secondary. I played sports, joined teams and had a lot of fun. But even still, I was always silently suffering. My anger started showing during these years and I started getting more depressed at certain points. I would go from really happy for a few weeks, high energy and social, to no energy, isolating, and being very down.

I didn’t get into the schools I wanted to for post secondary. My average was off by 1 percent. I tried to bring my average up by going to summer school and my average stayed the same. I figured I would take a year off after high school and get some work experience.

I got a job as a server, started making money and new friends and things seemed good. I made new plans to apply for school the following year. I figured now I had time to really think things through. I grew a lot in that year after graduation. But also made some bad choices. I was smoking a lot of weed at this point, strictly from peer pressure. I quickly realized how good it made me feel though and it became a terrible habit. It was a coping mechanism for my inner turmoil that I had not identified yet. It just felt good.

So here I was no school, using substances, having money and freedom and I was loving it. And then it happened; one of my best friends took his life. Someone I truly, truly cared about. It hit me like a tonne of bricks. I did not cope with this loss well. I knew how deep his suffering must have been but why had I not known? How come I didn’t realize he was at this point? Because mental illness is a silent killer, and very very serious.

I began making even more bad choices. More substance and alcohol use, partying, dating bad guys, hanging out with the wrong crowd. I did end up going to school and graduating, although it took me 3 times. One thing I have always been is persistent.

The years after college were filled with many life lessons. After a series of these lessons though, which by lessons I mean traumas, I broke.

I had a full psychotic breakdown. I was in psychosis, a detachment from reality. Now I could write a book alone of my psychosis episode. But I will put it simply; it was the most terrifying and beautiful experience. I believed I was the chosen one who had to save everyone and bring them to God. I told everyone of the Lords return and would receive constant messages through the TV, radio, my iPad, just everything. I have a strong faith and I do believe God speaks to us, but this was something out of a movie. I felt like I was in a spiritual dimension fighting against good and evil forces.

Okay, so in this state of being, I was hospitalized. For 3 weeks. I was very confused as to why I was there. I was extremely paranoid that people were out to get me. Yet I had this confidence in myself that I could be and do anything I wanted if I put my mind to it. My brain would race at the speed of light and I would work at everything super fast. I still look back on it and pull some really great insights and awareness about myself. It was not all bad, but it is still illness, and it needed to be treated. After the 3 weeks I was formerly diagnosed: Bipolar type 1 with psychotic features. I hate the psychotic features tag at the end, but it’s there.

Once they let me out, I was pretty resistant to treatment. I remember saying to the psychiatrist, “Everyone is bipolar!” or “I’m just moody!” Well yup, it is a mood disorder.

I went into a 2 month day program run out of the hospital I was at. This is where everything really clicked for me. Looking back on my life, I realized I had ALL the symptoms of bipolar disorder. The depressions, the highs, the anxiety, the anger, impulsive decisions, reckless behaviour. Maybe this is why I always felt so different from others, I thought. It all started making sense. I decided to be open minded and accept treatment. I went on medication and started working with a therapist. It wasn’t easy. I went into the worst depression in my life after I fell from my psychosis (manic episode). This was the darkest point in my life. I had never experienced anything like it before. I literally thought about suicide 24/7. And that’s not exaggerating. It really was a chemical imbalance and absolutely terrifying. From extreme high to extreme low. I finally got on better medication though, and started figuring things out bit by bit.

This is me, Today.

Today I am in a great place. I take my medication, I no longer use any substances at all and I stay away from unhealthy, toxic people. I was so blessed to be given the opportunity to speak in schools through an organization my caseworker knew about. I do presentations every week, sharing my story with hundreds of people. It has been so healing for me, both in expressing my feelings and impacting the world. I also write on my own personal blog. Writing is my greatest outlet for coping with my emotions. It helps me get them off my chest and into perspective. I both blog and journal. I keep a gratitude journal and expose myself to a lot of positivity. For example, I look at inspirational and motivational stuff on social media, as opposed to the other things people post that can make us feel bad about ourselves, or constantly comparing. I hang out with friends, my family, me.

I hope my story resonated with someone, to know that they don’t have to feel alone in their struggle. I live with bipolar disorder everyday, there is no cure. Meds help of course, but they really just reduce the blow. I still have the highs and lows, just not the extremes. At one time I would cope with these highs and lows by smoking pot or drinking. Now I know that expression is the best tool for me, as well as accepting myself. Some days are lows for me, and I accept them. I do what I can, and if that is nothing, that is okay. Maybe I am moody, and that’s okay. Don’t be afraid to tell someone what you are going though either. I struggled for many years before getting help. Even then, it had to get so bad that help came to me. It is not weak to seek help and assistance, it’s truly the strongest thing you can do! 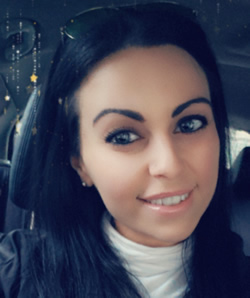 Sara Kay is a Speaker and Youth facilitator sharing her story at schools across the Greater Toronto Area. She is a passionate mental health advocate who lives with bipolar disorder. She wants people to know they are never alone, they have a voice and they are important.