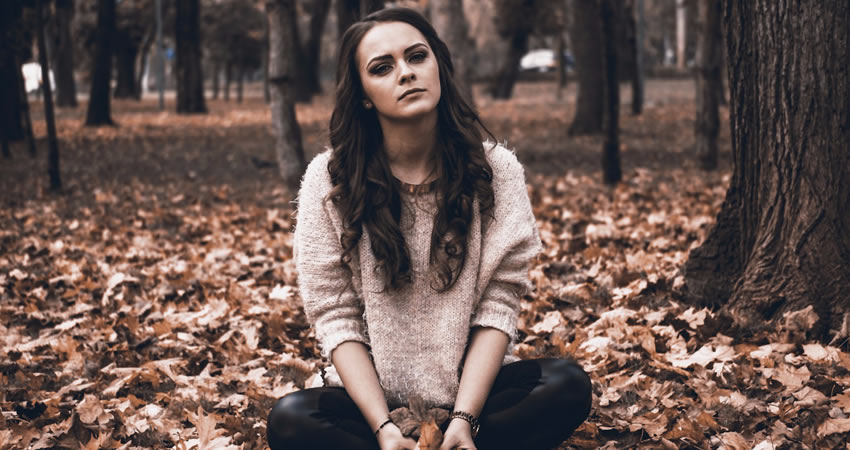 Not long ago, I decided there’s something wrong with the way I see the world around me.

To me, the world is dark and threatening and pushes against my every effort. It punishes me for the smallest slight. I have to be very careful not to make any mistakes. When I do, I ask for forgiveness, but I don’t think it’s going to be granted to me. Sometimes, the world likes toying with me. It gives me hope just to take it away when I least expect it.

Hi, my name is Tanya, and I have a bubbly personality. That’s how most of my friends describe me, including yourself, if you ever had a chance to meet me. I am also the person that used to think exactly how I wrote above. Every day, hour and every single minute those thoughts attacked my brain until I became a small being made out of self-pity and fear. All my projects failed before I even began working on them. All that I could do was muster up a tiny sliver of hope and make it last until the very next day when the battle with myself started anew.

Let’s take a look at how I won the battle against depression. You can do it, too. (Excuse me if my methods are a bit unorthodox, but I am only interested in what worked for me, not “be more positive” fluff).

Change The Language That You Use To Talk To Yourself

Change your thoughts, and you change the world – Norman Vincent Peale

If you look at the first two paragraphs, you will see that I used a lot of negations and negative words. Start encouraging yourself and using more affirmative words. I am not asking you to be “more positive” but to change the very words you use to talk to yourself. Let me give you an example. I am a firm believer that the language that you use influences the way you think (watch the Arrival movie if you haven’t yet, I think that’s what they are trying to convey, too). If you do a lot of swearing, a lot of your thoughts probably revolve around you bodily functions. That is ok, as long as it happens just once in a while. You probably want to avoid thinking every minute how you don’t give a shit about anything. Or trying to see if your flying f&!@# can actually get airborne.

I used to tell myself that my fate is to become a failure.  I used to believe that there’s a higher power that I somehow insulted and that is working against me. For those reasons, I used to complain and swear a lot. That is when I did any talking, because most of the time I kept to myself, wallowing in my own misery and self-pity. One day I came over the quote above, on Facebook of all places. “Change your thoughts, and you change the world.” The seed was planted and I started asking myself if, maybe some of my thoughts are just saboteurs that plant false beliefs and desperation.

Change Your Expectations To Fight Depression

Anxiety and depression get triggered at first by a difference between how you expected certain things to turn out and how you think they turned out. Sometimes, the difference exists just in your mind, and things turned out just fine. Other times, you have no control over how things turned out. Best thing to do in such cases is to focus your attention on things that matter and did turn out ok. The bottom line is that by setting some achievable expectations and practicing gratitude will help you fight depression.

One expectation that I had to constantly fight was that of immediate gratification. I wanted things to change fast, with little effort on my part. The world I lived in was very dark at the time and a single ray of hope was not enough. It usually got me started, but, very soon, I needed more. I got discouraged fast and the smallest bump in the road stopped me completely. My failed efforts became a self-fulfilling prophecy that confirmed my belief that I am fated to be unhappy and miserable.

Did I tell you that I self-diagnosed myself with depression? I found a free test online, the kind that asks you questions and gives you a score based on the answers. My score was somewhere around 85%. I had at least 85% of the symptoms listed there. That was another A-HA moment, another seed planted. I was finally able to put a name to it, to what was haunting me. Couple of the symptoms were the lack of motivation and the absence of interest in doing the most mundane tasks. Indifference. Once I understood that there was a disease working against my most basic efforts, I started working harder on them. That, in turn, changed my very expectations of how fast or easy I was supposed to get certain things.

Challenge Your Every Negative Thought

It’s called cognitive behavioral therapy. I used to do it when I didn’t know what it was called. When I couldn’t bear the pressure anymore, I grabbed a piece of paper and started writing my thoughts on it. That is how I figured out that a lot of them were not true. “Change your thoughts, and you change the world.”  The seed started growing. My wildest and darkest imaginings and some of my core beliefs were wrong. I analyzed them from different angles, and, yup, they were not true.

Funny story. Realizing how wrong how some of my beliefs were got me even more depressed, at first. It was just one more area of my life where I was failing. But then, I started laughing. I realized that my thoughts were just taking a well-traveled negative pattern and were making me take the blame for what is actually a disease. My realization was progress, a victory, a way out, a real hope for a better tomorrow. That is how I started adopting a survivor’s mindset.

Give Yourself Time To be Depressed

When depression strikes again, there are moments when you can’t fight it. Your world gets so small, there’s so much pressure, and you can’t focus on anything. Sometimes your depression is not triggered by anything; it just comes, unwanted and uninvited. I am no doctor, but from what I understand, the chemical balance in your brain is not there anymore. When you suffer from depression for a long time, there are no triggers anymore. It’s just there, a constant, unwanted companion.

So, here’s what you can do about it. When it becomes so bad that you cannot think straight, hold fast to the belief that it will pass. And it will. You probably know by now that depression has spikes, it gets slightly better or a lot worse. When it’s a lot worse, get some sleep. Take a walk in the park or do some light exercise. Watch a movie, eat something healthy and wait for tomorrow.

The fight against depression is not won in a single day. I can’t even begin to count the days, weeks, years when I was incapacitated by this disease. But I had to discover everything on my own. It doesn’t have to be like that for you.

Here’s what I did to restore my brain’s chemical balance:

Just keep on doing these things, every day and you’ll be that much closer to breaking free from depression.

I don’t usually share so much about what goes on inside my head. I hope it’s going to make a difference for some of you. Please be kind and add your own tips on how to fight depression in the comments section.

It’s the first time when I have the opportunity to publicly thank Mr. Adam Khan. His writing on YouMeWorks helped me better understand what was happening to me and how to fix it. The website is a little bit dated, but the articles are still great.

Tanya is a big believer in constant, proactive self improvement. She is a marketer and blogger at Survival Report and likes to share her life experiences with other people online.