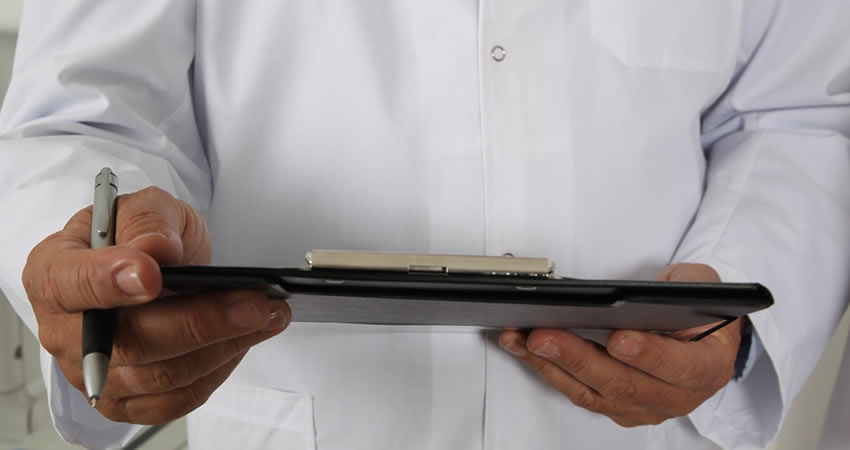 Societal attitudes to mental health are slowly changing for the better, but every now and then I have an encounter that reminds me just how far we, as a society, have left to go.

I recently had an appointment with my local GP to get a prescription refilled. Now, in the UK, you don’t need a doctor’s appointment every time you need a prescription refilled. However, my medication has the nasty side effect of increasing suicide risk in people my age. For safety, they make me have an appointment each time. After three-ish years, I’m used to this. I’ve seen every doctor under the sun. I’ve been in and out of medical appointments. I thought I was ready for everything and anything they could throw at me.

I should preface this with a short disclaimer. I am an incredibly cynical and sarcastic human being. But I do try to be open and receptive to new ideas. I always welcome debate, and I’m always willing to learn from my mistakes and admit when I’m wrong. I am also a science graduate. I believe in evidence and pharmacological treatments. I don’t believe in “the healing power of positive thinking”. I believe in biology and assumed a licenced medical professional would too.

I have never been so wrong.

I arrive on time and my appointment isn’t late. Doctors in the NHS are overworked and usually run over. Not this time. So far, so good. As I walk to the room and reach for the handle, the doctor greets me by wrenching the door open before I can. It’s jarring, and a nice symbol of what’s to come. He’s a short, balding, white middle-aged man.

He asks the usual. Am I sleeping? Am I eating? What do I want? I explain I just need a prescription refilled. He just needs to sign a piece of paper and I can be on my way. Then he shocks me.

“What are you looking forward too?” he asks.

I’m dumbfounded. I thought I knew what I could expect, but never before had I heard this question.  I had no idea. Getting home and cuddling up next to the heater? With Christmas coming, I’m happy to enjoy peace and quiet while I can. He says depression can cause people to be trapped in the present and forgo future goals. As a high-functioning depressive, I tell him I used to have incredibly lofty, yet unrealistic ambitions that would cause me a great deal of stress. Managing my own expectations has helped me a lot over the last few years. He ignored me.

Then he asked about meaning. What meaning did I have in life? Why did I think I was here? Why were we created, or are we happy little accidents?

Now, I subscribe to a nihilistic viewpoint, but this isn’t inherently negative. I don’t think I’ll ever save humanity or cure cancer. The best I can do is be a good person, love those around me, and try to be happy. We are small, so I like to think small. Since adopting this mindset, and realising we can’t all save the world, I’ve become incredibly happier.

I said I lean towards the second option. He looked genuinely shocked.

“How much time do you spend thinking about the meaning of life?” he asked me.

More than I care to admit. Existentialism and all that. A huge source of my anxiety was the desperate need to achieve success, and my depression partially resulting from not doing this. I needed a good career, a husband and children. I needed a 9-5 office job so that my parents would be proud. Is that the meaning of life? One nervous breakdown later, I realised I needed to change my mindset, so I could try and combat my mental health difficulties.

“I think we make our own meaning,” I tell him. “I just want to be happy and healthy.”

“But you think we’re all just accidents?”, he asked. “What helps you get out of bed in the morning?” At this point my brain starts to shut down.

I wasn’t sure what to say. “Because the universe is intrinsically chaotic?” I said with a shrug. Because we’re so small and everything is so random, I thought.

“I don’t want to start a debate of philosophy,” he said, looking decidedly unhappy.  He then proceeded to talk about self-help books for 10 minutes. Out of curiosity, I later investigated the books he recommended. One talked about how to best utilise your skills to achieve business success. The other was written by a middle-aged, white, right-aligned man who spoke out against same-sex marriage and supported Trump. Not my ideal role models.

Regardless, the conversation went on. Then came the kicker.

He mentioned an Australian psychologist who “found” that Auschwitz prisoners tended to “survive more” if they “had meaning”. I wish I was making that up. As a science graduate, I wanted to know what his method was. What his sample size was. How do you quantify meaning? I wanted to point out that my life didn’t necessarily compare to AUSCHWITZ.

Anti-Semitic undertones aside, he then suggested a self-motivation app he had. He said it cost £100, but that money didn’t help people find meaning or happiness. I wanted to say, “I dunno, financial stability and paying my rent could make me really happy.”

He then mentioned god, and that some people find religion a good motivator. Nope. While I respect a persons’ right to believe what they chose and recognise that religion can absolutely be a force for good, I came to a doctor and not a priest. He drops it and moves on.

He says he really likes some talk show host that dedicates an hour a week to “happiness”.

He then said that some people argue that meaning is the most basic human need.

“I dunno,” I said again. “I prefer water, food and shelter myself.”

At this point, I’m so done. I’m a pharmacology graduate. I want clinically-proven drugs that have measurably helped me over the past few years. He reluctantly signs my prescription after wasting a good 30 minutes of my life. He then writes down some book recommendations that “won’t cure my depression but…”. I resist the urge to tear the note up in front of him.

On the way home, I’m in shock. I keep running over the conversation in my head. Did I miss something? Am I jumping to conclusions? Was he trying to help or sell some shitty self-help books? As a licenced medical professional, his attitude terrifies me. I like to think I’m incredibly self-aware, but someone else could easily be taken in by his tidal wave of bullshit. Religion can help. Motivation can help. But when sitting in a doctor’s office, asking for a pharmacological prescription? No.

Looking back, this encounter helps solidify a concerning thought. If a licenced doctor assumes a self-help book would fix my troubles, our society still has far to go with regards to mental illness. The important thing is not to give up, because there are people out there who care and can help you.

Lucy is a 20-something aspiring writer. She’s also a pharmacology graduate, self-proclaimed nerd and avid feminist based in the UK. Thoughts? Feedback? Email her at lucysaunders.217@gmail.com