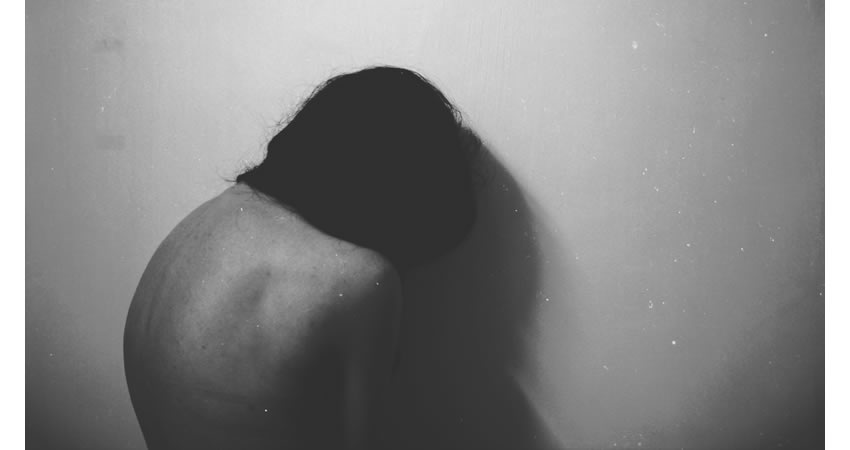 All through my life, I thought I was a bad person. I found it hard to truly connect to people. I didn’t seem to have the capacity for selfless altruism which others possessed. I often missed the signs of others’ upset, which made me assume that I was horrendously self-absorbed. And tiny things which simply did not bother other people could cause me to flip into a rage. I wanted to be a good person, I really did. My parents impressed upon me the value of being kind, calm, and nice to others. So I tried. I tried my very hardest. But in my mind, I knew that I was only acting the part. Inside, I felt like a bad person. And it tore me apart.

My name is Anne. I’m 35 years old, married, with two children. The marriage and children came later – after I’d learned who I was, and begun to heal my toxic self-image. Seven years ago, however, I was on the verge of a breakdown. Try as I might, I simply could not prevent myself from irritable outbursts. I had a group of good friends, but I felt that they tolerated rather than enjoyed my company. True ‘connection’ with other people was something which others seemed to find effortless, but it was very hard work for me. I’d often find myself bewildered by the ability of my friends to seamlessly pick up on and deal with each other’s emotions. I felt disconnected from the world. I felt disconnected with myself. I felt, in short, like an alien – desperately struggling to assimilate into human society, but failing at every turn. More and more, I’d find myself lashing out at people for perfectly innocent things, and then lashing out at myself internally for doing so. All in all, I was a mess. A miserable, irritable, self-hating mess.

One day, I popped in to help out my mother with her heating controls (she’d just had a new system put in and was getting to grips with it). I was in a bad mood. “I’m tired”, I told her, when she pleasantly asked me how I was, and went immediately to see what I could do about the heating. She came to look over my shoulder. Understandable – she wanted to learn more about her heating system. But she chattered incessantly, distracting me and slowly ratcheting up my stress levels until I had had enough. I spun around, screaming swear words at her. She leaped back, startled (I only realised later that I’d had my arms raised) – and fell backwards over a step. Rather than help her up, I fled to my car and drove at top speed for half an hour, fired by rage and misery and panic. Finally, the inevitable guilt and concern got the better of me. I returned to my mother’s house to find her sitting on the doorstep, in the process of phoning the police. It transpired that she was worried that I had run off to kill myself, and had been concerned about my potential for suicide for some time. She calmly showed me the bruises on her hip from where she’d fallen, and told me in no uncertain terms that ‘normal’ people didn’t just flip out like that. This was no longer just about me. My state of mind was affecting those I loved as well. I was persuaded to see a doctor. It did not take long for them to diagnose me with depression. To this day I remain unsure about the diagnosis. What I am sure about, however, is the fact that seeking medical help for my depression was the first step in a self-reflective journey which ultimately led to the all-important revelation of my life. In addition to a course of SSRIs, I went to see a counsellor. This was not something I initially found particularly helpful. Talking to someone else about my problems did not (as I’d been promised) appear to assuage them – more proof in my own mind for my aberrant conviction that I was basically an appalling person. The techniques I was given for self-calming, for changing negative mental narratives and so forth did help a little, but at base I remained deeply convinced of my own worthlessness. From the perspective of my counsellor, however, I was more than a simple depressive. As time went on, he began to encourage me to get myself diagnosed with something else – autism.

The more I thought about it, the more it made sense. What if I was a high-functioning autistic woman? That would certainly explain a lot of my issues with socialising, as well as my apparently groundless irritations. For the first time, I began to feel as though I wasn’t just a bad person – I was a good person, doing their best to survive with a condition. In fact, I was doing pretty well at it! I had something which made me different – which even gave me certain advantages – and I was managing to hold my place in the world both in spite and because of it. When the diagnosis was finally confirmed, the relief I felt was overwhelming. I immediately felt like a better person, purely by finally understanding myself. As a consequence, I believe I actively became a better person. A correct self-image (and a positive one) honestly does wonders for your state of mind, allowing you to live more graciously and happily within the world. And the depression? Well, as I said, I remain unsure about whether or not I actually was depressed. There’s a reasonable amount of overlap between the symptoms of depression and the symptoms of autism. However, the depression treatment certainly helped me to get a hold on my emotions – as well as pointing me in the direction of true self-knowledge.

Newly liberated, newly confident, and newly accepting of myself, it did not take long for someone else to see and fall in love with the new me. My husband has been immensely understanding and supportive of me throughout our lives together. We now have two children – a boy and a girl – whom I love with all of my heart. I know that I won’t be a bad mother, because I now know that I’m not a bad person. I’m just different from the norm, and that’s ok. For anyone else who’s felt out of step with society, like they’re a bad person, or is struggling with overwhelming negativity – push for a deeper investigation into your symptoms. The relief I felt when I knew who I was cannot be described. It’s helped me enormously – it could help you too.

Anne Priestley is freelance writer and mother. She has battled clinical depression from being a teenager and has only recently being diagnosed with autism after 30 years of not knowing ‘what was wrong’. She finds writing a release and likes to share her experiences with others to give hope.