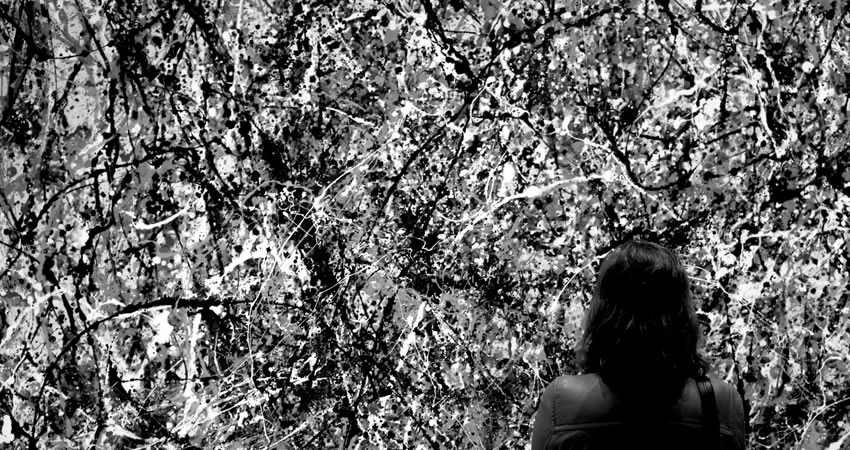 Life was easy for me as an only child; I lived in a bubble and was nurtured and protected by my parents. They wanted me to focus on school so school became the most important thing in my life. The only bad thing in my childhood was the fact that I got bullied. I was one of the few black children in my school and I was a chubby nerd, with parents who raised me very strictly in comparison to my friends’ parents. By the time I became a teenager, I had developed my first suicidal thought but I didn’t make an attempt because that thought alone gave me the feeling that I would disappoint my parents. And making them proud was, at the time, as important as my school. They were my idols; they had built themselves up by working hard, and they had a good life. I wanted to be like them, with some minor adjustments, when I grew up.

In my last teenage year, my bubble burst. I got the horrible news that both of my parents were seriously ill. My dad was the one who got diagnosed first with a brain tumor. He needed a complicated surgery to remove the tumor. The operation wasn’t due for a couple of months, so I still had time to process all the information, at least I thought so. Two weeks after his diagnose, my mom was diagnosed with breast cancer. I had hoped that it wouldn’t be so bad, but unfortunately she needed radiation therapy, chemo and surgery. I didn’t know what to think, how to feel or act. I was angry, in disbelief and I wanted to turn back time.

We went on one hell of a ride with all the treatments and operations in different hospitals. And one day, a year later, I woke up and thought: “what the hell happened?” It was a blurry year.

Everything had changed; relatives, whom I was close with, let me down and some friends had done the same. My physical and mental health started to change as well. I hadn’t thought about my feelings or really dealt with them during the dreadful situation. I had just kept on going, focusing on the important things, taking care of my parents, school and trying to have a couple of hours a day to live carefree again. The latter meant that I would go out with friends and drink. I didn’t drink to black-out, I just drank to turn off my mind. I am an over thinker by nature so I thought about my parents and their situation but never about my feelings or my health. That’s why I got scared when I noticed that I was suffering from memory loss. It couldn’t be from the drinking, right? It was bad; I couldn’t even remember in the afternoon what I had for breakfast. Adding to that, my weight would fluctuate significantly. My mom advised me to see a doctor, and my doctor recommended me seeing a psychologist. My doctor believed that my health changes were related to my living situation.

Without knowing what to expect, I went to a psychologist for the first time in my life. The psychologist and I didn’t have a connection and I didn’t feel like I had anything to talk about. I didn’t think I was having mental problems so after a couple of sessions, I quit. I felt neutral; I could move on with my life and time would heal my wounds.

Months went by; I went to Surinam for my internship, met my boyfriend, graduated, and got into a huge fight with my parents. The course of the argument hurt me so bad that I went back into therapy, but this time with a different psychologist. And again, there was no click so I quit thinking I could live my life with a neutral state of mind. I still wasn’t aware of my mental problems or the fact that they kept coming back to the surface. I went into therapy because I thought that a psychologist could help me reorganize my mind, not because I thought I had a mental illness. Both psychologist tested me to diagnose my mental health, but I felt like my problems weren’t that serious. The test results agreed with me.

My parents and I were able to restore our relationship; we shared our feelings and tried to forgive and forget. Their health was back on track so I could focus on myself again. At 24 years old, I was working my first fulltime job and life was going well until I realized that, once again, I wasn’t living for myself anymore. I didn’t enjoy my life, and it took a phone call for me to see that I had lost my gut feeling and this scared me so much that I broke down. I had always had a strong personality and I could always rely on my gut feeling and losing it showed me that I had lost myself. I went home early that day with my emotions all over the place and overwhelmed by my thoughts. At first I thought that I just needed a break from everything, then, I didn’t want to live like this anymore, and the final one was, think of a new life plan.

The following days were an emotional rollercoaster. I felt a lot of emotions and my over thinking mind became stronger than ever. I figured, after talking to my dad and boyfriend, that I needed to make some big changes.

The “making my parents proud” mentality was still one that I was living by so I really felt ashamed when I broke down. It took some convincing from my dad for me to believe that it was okay to take a sabbatical. My mom agreed with him. My boyfriend was on the same page with my parents, but his opinion alone wasn’t enough for me to make a decision.

Resigning from my job felt like a big relief, still, what now? That was the only question I had. I tried to experience the situation as a vacation, and I believed I would come up with a new plan on how to live my life. Two weeks later my days consisted mostly of crying. I could not figure out what my next step would be. Then I realized, I was living with depression.

I had planned my whole life so perfectly; graduating college, a fulltime job and then starting a family. How could I be depressed? There was no plan B. Failing my plan meant that I failed my life. I knew that I didn’t want to work as much as before. I wanted to feel alive again, as a teenager, carefree, work part-time and do my hobbies. This new feeling conflicted with my well prepared life plan.

Why had everything changed?

I tried to answer my own questions and heal myself. I wrote a lot and after a couple of months I grasped that I was in a desperate need of therapy. My mom found me a psychologist who specialized in PTSD. She used EMDR therapy and my mom thought that this type of therapy might help me, based on my symptoms. It did. Because of the therapy and my persistence and willpower, I came out of my depression without any medication.

Since the spring of 2016, I’m finally living for myself, creating my happiness and following my dreams. I haven’t really made a new plan because I’ve learned that when we make plans, God laughs. Now I can see that my depression had been there since 2011, and now I can see my triggers before they bring me to that dark place again. My depression taught me how to deal with my life and I have learned a lot about myself.

I can finally see, and appreciate, the bright side of my breakdown. I still have bad days, and my mind often wants to go to negativity-land, but I know now how to deal with it. I see my depression as an addiction that I’ve overcome, and my happiness is now my priority. 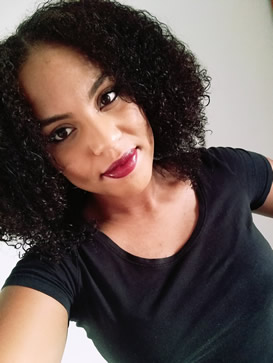 I’m Shaneequa, a 26 years old who’s born and raised in The Netherlands. My six year depression changed me from a carefree child to a young woman who needs, and wants, to fight for her happiness every single day. I’ve learned to make choices on my own, good or bad, and to really live for myself, even if others aren’t happy with my lifestyle or decision. Because of my experience, I want to help others and bring awareness to mental health.