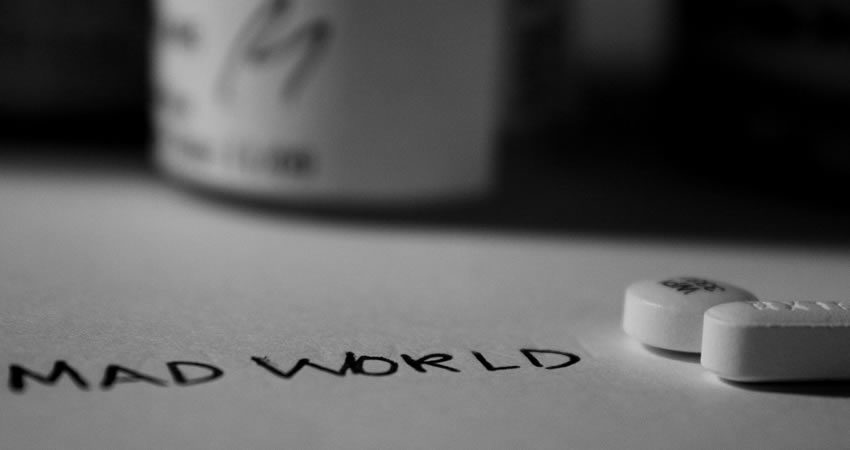 Interview by Trish with B

As a young Guyanese woman, B landed in Canada with great hopes.  She met a man from Trinidad and they fell in love, agreeing to marry in secret and to tell their families after one year.

But as they prepared for their wedding day, her soon-to-be husband’s family found out about the marriage.  They were horrified he would marry a woman from Guyana and set about separating the couple.

It didn’t work and they married.  But it was not a day of celebration for B.  She never felt so hated by another group of people and this group of people now happened to be her in-laws.  She saw her husband torn between her and his family and her guilt was unbearable.  She knew in her heart that they loved each other and it was right from them to be together, but the animosity around their nuptials and towards her began to fray her mental state.

She would become depressed and attempt suicide in the years to come, as a way to cope with the severe conflict she felt from the abuse she suffered from his family and the longing she had to make it work with her husband.

Her husband’s family eventually cut them off, calling B mad and crazy.

However the suffering and stigma would not end there.  B was about to face what would bring her to the brink of destruction over and over until she realized she truly does have the strength to live and to fight for what’s right.

B sponsored her Aunt to come live with her and her husband. She was thrilled to have the one person she was closest to since childhood living with her.  Her Aunt was her rock; always there to listen and discuss what was going on in B’s life.  She gave wonderful advice and B felt a connection with her that she had not experienced with another person before.

After 17 years of being with B in Canada, she died in B’s home.

B was engulfed by the grief and pain of her Aunt’s passing.

Five months after her Aunt’s death, B could not concentrate, she was crying continuously, and she was overbearing on her family.  The only thing she could see and feel was hurt and sadness.

B visited her family doctor and told her she wanted to die to be with her Aunt.  The doctor started her on Prozac.  The Prozac stabilized B for about 5 months.

Then one morning she woke up and started crying like a child.  She felt like a little girl again.

She quickly grew confused and terrified as she realized she didn’t know who she was and who these people were standing around.  She felt mentally blocked off from all the people, places and things that made up her life.

Her family took her to the hospital where she was admitted.  She was diagnosed with severe depression.

B spent 3 months in the hospital.

She couldn’t remember how to do anything.  She began to mimic other people to learn how to eat and behave again.  She had to rely completely on others to tell her what to do and how to do it.

She began to take weekend visits back home where she would spend time with her family.  It felt alien and though her kids focused on showing her things that made her happy in the past, she could not feel anything.  But in her heart her family seemed nice and were treating her well.

Through hard work and focus, her mental state began to find balance.

In time she began to work on a part-time basis.

She was recovering.  She was doing well.

She began to hear voices and the voices became corrupt.  She tried to go on but everything fell apart one day when she was at the market with her husband and she became disoriented.  Suddenly her world looked different and she can no longer find her husband.

She was lost again and she was terrified.

The next few years were a blur.  She was in and out of the hospital.  The voices were telling her to kill herself and she overdosed so many times she lost count.

Her world became more stable when she started working with a good psychiatrist.  The doctor listened and talked to her.

B was feeling hope again.

Her faith became very important to her healing.  She started going to church and valued the friends who help her practice her faith.  She felt a sense of community there.

She learned how to read again and focused on a life of doing.  She got involved with crafting and drawing and pottery.

Upon her brother’s death, she was thrown back into the despair and madness that came with the severe depression.  The voices became more intense and she tried to kill herself, ending up in the hospital.

After another year of recovery and the friendship of her now widowed sister-in-law, she was feeling better.  She could not work because of the stress but she learned to pray and read the bible.  She started to believe in miracles and her good memories flooded back.  She was gaining her life back.

One morning she heard a sound coming from the front rooms in her house.  She went to investigate and was confronted by two masked men dressed fully in black.

One of the men proceeded to ransack their house, destroying furniture and stealing valuable items.  The other man took her to her bedroom and raped her.

She was taken to hospital where they were able to get DNA evidence of the rape.  She was then taken to the police station where she was relentlessly interrogated.  At this point she was still in the robe she pulled on after the rape and her bare feet.  Her symptoms were severe and the voices were telling her to kill herself again.  All she wanted was to go home but the police showed no mercy.

Finally her husband was allowed to take her home.  He arranged for them to go back to the house to get their things and B was confronted with the crime scene again.  She did not want to go inside but her family persuaded her she was safe.  Inside the house she felt claustrophobic and distraught by how much extra damage and destruction the police had done to her home.

She became unable to communicate and her family took her back to the hospital.  She stayed until she overheard the nurses gossiping about her rape.  She demanded to be released and to see her psychiatrist.

A bond of trust violated

The DNA proved it was a friend of the family who raped her.

A man (F) was first introduced to B some years ago when renovating their basement.  B and her family embraced F when they realized he was lonely and in need of friendship.  They all became very close but he had a particular interest in B’s friendship.  He was always concerned about her wellbeing and overly attentive.  He was an older man in his late 70s and she considered him a second father.

Sometimes F would disappear without telling anyone.  The first time it happened, B was very upset and after 2 years of not hearing from him, they considered him dead.  But he showed up again and would continue to drop in and out of their lives for the next 6 years, B’s family always welcoming him back.

B was shattered by the news that F was her perpetrator but determined to bring him to justice.  She trusted him—he was a part of her family–and he used that against her in the most brutal of ways.

But justice was not going to be easy.

The police charged her on the basis of her past mental health history and that F insisted it was consensual.

B could not believe the stigma shown by the police.  They took F’s side because they said she was crazy and a liar.  F played the role by looking too old and frail to be her perpetrator.

B and her family hired a lawyer to clear her name.  The proceedings took a long time and the family went into debt from the lawyer fees.  But B was determined to prove she did not consent and that her mental health was not a factor.  She was supported by loved ones and friends throughout the trial.

Her name was eventually cleared and the police destroy the evidence and case against her.  She felt good to have won.

How to emerge from the darkness

B is a different woman today.  She has found what she needs to give her hope and stability.

She focuses on the things that she loves and purposely on God.  She gives her relationship with God and prayer a lot of the credit for how she has healed.

She does her best to keep her promises and this has a direct impact on her self-worth.

She finds joy in activities such as gardening and the love and care required to nurture her orchids.

She is very careful who she keeps in her company.  She surrounds herself with friends and family who love and support her and people she trusts.  She stays away from negative people.

She is adamant that depression is not a weakness and does not determine if a person is bad.

I asked her what she would like to stay to others who experience severe depression.  She responds,

“God bless them and keep them well and focus on the good and not on the bad, and little by little you will find yourself lifted up and out from the darkness and you will see the light for each and every one of us.”

Leave a Reply to CM ×