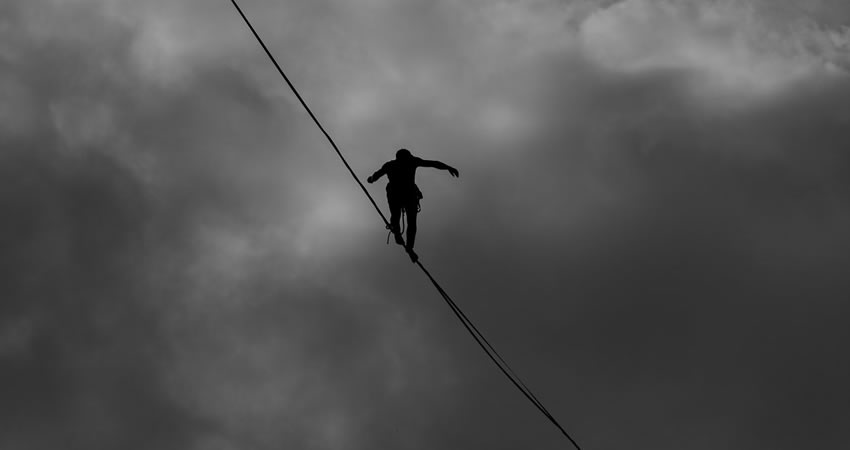 On the whole I think that psychiatric diagnoses don’t mean all that much. They simply describe a constellation of affects and behaviors that occur in a cluster that are in total a deviation from the norm (whatever that may be). As someone who has spent time on psychiatric units as a patient and in a professional capacity it is obvious that there is no one thing at play for any of the people contained within, leaving aside poverty.

The mental health that the impoverished receive consists of a cycle of retraumatization in which they transition from the street or crowded family homes to emergency rooms or jail cells and then back to the psych ward. Direct observation leads me to believe that this is a cycle that continues until their deaths, generally lonely affairs where harried healthcare workers perform the labor of caring with brusque precision.

Adherence to a regime of treatment is impossible when you don’t have any money. The quality of Medicaid prescription coverage varies from plan to plan and place to place but can be astoundingly shitty. After a recent change in coverage I went to the pharmacy to get a medication and was told that it would cost $1200. That is more money than I am likely to make all year.

I am lucky. I do not have a psychotic disorder. There are no voices that ring in my mind. My only struggle with behavior is to exhibit some. While I can’t say that there are many positives to living with Major Depressive Disorder it at the very least allows me to divide my life into digestible slices. There are times when I am sick and times when I am less sick. The former has a clear temporal edge on things.

Yesterday my psychiatrist stated that he thinks a diagnosis of Bipolar II is more appropriate. My limited understanding is that this is differentiated from Bipolar I by manic states that do not result in hospitalization coupled with lengthy periods of depression. On its face it is a curious label to place on a person. How are you supposed to distinguish happiness from hypomania? Is the entirety of your life a manifestation of madness?

This is not something that has been suggested at any time in the past and it is difficult to think past the endless period of depression that descended four years ago. There is so much scorched earth, still smoking, between 2016 and now that it is hard to see what lies on the other side.

I do have memories of a time when I was well, but this diagnosis has cast its shadow over everything that has come before. It is no longer easy to draw boundaries between sickness and wellness. Instead everything I’ve ever done has become enmeshed in a fluid dance between different manifestations of a constant illness. The times that I remember as happy are suspect.

I will state freely that there have been times in which I felt chosen by the secret spirits of the earth, bestowed with invulnerability and magical charisma. In exchange I was to act in the world in a way that was pleasing to them by playing the role of trickster. Encounters with authority? Undermine them. Chance meetings with minor agents of fascism? Run right to the edge of violence to entrap them. An encounter with a fellow traveler, someone who wanted the earth turned upside down? Aid them with whatever resources I had. I loved to live that way, tapped into the roiling flow of an unstable universe with a great sense of humor that had, at least for a time, pulled up a beach chair to check out what I was up to.

None of these felt like an illness to me no matter how close they brought me to the shoals of disaster. It felt like freedom. Life was immersion in a nietzschean ideal. I took lots of drugs and never worried about looking down. As a PhD candidate I taught classes with blistering talent, weaving a web of charisma that seemed inescapable, and all of it bestowed by ethereal agents of chaos. I had mastered the tightrope.

Then I lost my balance. I don’t know why. Romance is anathema to the agents of chaos and I kept falling into it, knowing that I was being gridded and that it was stealing my power. But what do you do? Sexuality is both a driver and murderer of the minor magics available to the wild. And I slipped in and out of relationships because of this charisma, a brazen asshole with no compulsion to apologize who walked the wire strung between birth and death with grace and a sense of showmanship.

Falling always happens faster than you expect. Sometimes, for some people there’s a net. I was lucky in that way. And I climbed back to the rope and tried again, not realizing that once you’ve fallen you will continue to fall, getting weaker and less confident every time. By 33 I had fallen all the way onto my parents couch. Even then I wasn’t done. I had ideas about how my life would go that felt actionable. I was excited about them and I worked at them with a dedication that would be impossible now.

Sure, there were blow-ups, explosive moments where I told people in coffee shops that they were bigots or approached blows with my father. But I was in life instead of gazing up at it from a dirt floor and uttering the old refrain of “I could have been a contender.”

That all ended around this time in 2016. Frantic depression flattened out whatever charisma remained and I turned into an ashen-faced and wide eyed creature, retreating into myself physically with my head down and my shoulders slouched. Over the course of four years I failed to find any relief.

Things are somewhat better now. I have good hours and bad hours. Early morning is for lying awake and wondering how the fuck I’m going to get through another 30 or so years on this planet as whatever song that happens to be stuck in my head plays on repeat. I’ve been lucky recently in that it’s all been Propaghandi’s “Failed Imagineer”. Sometimes the playlist is far more awful. I had a week and a half in which it was “Camptown Races”.

When I finally pull myself out of bed I get coffee and catch up with the children. That’s always good. They youngest repeatedly toddles up to me to deposit a toy in my hand, something she’s very proud to have like a matchbox car or a stuffed animal. My nephew says hello and then barrels through the house, engaged in a game of one that I don’t understand.

After this it’s back to the dark of the basement. Most days I sit on the couch and write while my mother snores and asks what time it is every ten minutes or so. This is okay too.

Sometimes I make the error of looking for work. It’s not like I can actually do any. When one applies a formula of Attention span x Depression x Anxiety x Rage the result of the equation is totally unemployable. In some ways this is a relief. Working holds a stethoscope up to the heartbeat of the meaninglessness of existence.

But I’m getting off track. I was writing about a diagnosis and have veered into symptomatology.

As with any rubric of knowledge in our society psychiatric diagnoses cast a grid over one’s life that doesn’t simply parse out symptoms but creates them. Where in the week prior I was pining for the days in which I rushed from thing to thing and did all of them well now I see a more sinister picture emerging that asserts one universal truth: I have always been unwell. I will always be unwell. Perhaps with the proper calibration of sedation and mood stabilization I will be just sick enough to require less attention, but that’s about as good as things are likely to get.

This is the peril of pathologization. We all fight our battles against its incontrovertible logic. Some reject it outright and insist they are not sick. I suppose I respect this approach more than others. Of course this denial has another clinical maneuver it runs up against in which the person is suffering from anognosia, an insistence that one is well when a physician insists otherwise.

Then there is blind acceptance. You throw yourself at psychiatry’s feet and plead that they cure you over and over again in a process that is never complete. You take whatever medication is dispensed and accept that the next prescription, the next cocktail, the next intervention will finally save you. You disregard the fact that it has failed to do so over the months or years of treatment.

Most of us operate on a middle path between these two poles. Just as the pain of no treatment becomes intolerable we turn to the myriad pills that are hurled like darts in a bar room that always seem to hit the wall. After months or years of this monthly rite of submission we decide we will emerge from the ashes of this paradigm and taper down to nothing. Then when the pain of withdrawal becomes impossible to stand we are snapped back to the prior position. It is a perpetual motion machine of misery. Never sick, never well, over and over again.

For now I will insist that if my periods of wild-eyed happiness are hypomania then please, please universe, allow me to be sick in that way again and let me stay there where at least I can make decisions and take action, regardless of the danger they may pose.

Once in the state of trance that psilocybin engenders I saw in my mind’s eye a figure etched in blue and gold in a feathered cape and crown who took flight to do battle with a serpent of roiling darkness. The serpent swallowed the hawk but he was simply too large and it choked as they plummeted to the ground. I felt that this scene was of me, two agential elements of one human- the part that soars and the part that covets flight and freedom. This battle still rages inside me. They have yet to hit ground, still locked in combat.